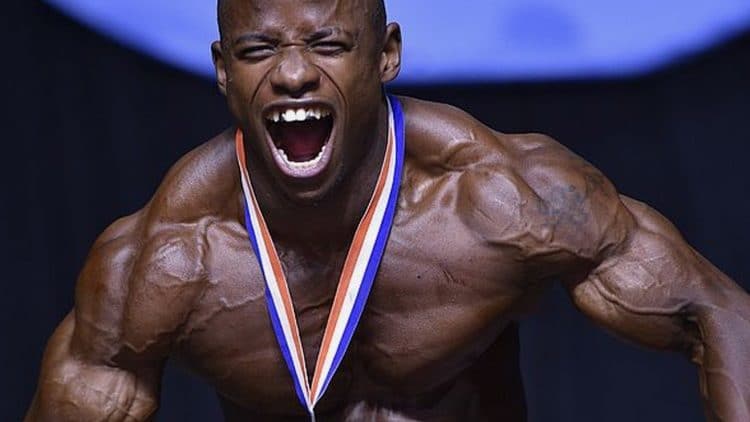 Another sad new for the bodybuilding world. Sifiso Lungelo Thabethe a young South African bodybuilder and IFBB Junior World Champion suffered an unfortunate fate as he sustained a broken neck while attempting a back flip.

The incident took place this past Saturday during a local bodybuilding event in Thabethe’s hometown of Emlazi.

In a video that’s gone viral, bodybuilder Thabethe is seen entering a gymnasium and walking to a gym mat while whipping up the crowd to get them cheering.

The 23-year-old competitor then ran to the middle of the mat and jumped in the air to attempt the back flip.

But his body never gained enough momentum to rotate and Thabethe landed on the back of his head. His body then rolled over and the man laid motionless on the mat before several people rushed to help.

According to the U.K. Mirror,  Thabethe broke his neck and later died of his injuries.

Thabethe was an IFBB junior world champion in the up to 75kg category. He most recently won the IFBB Muscle Mulisha Grand Prix competition in July in the under-23, 75kg division.

According to Muscle Evolution magazine Thabethe “was described by many as a young man with a bright future”.

A little reminder… Your Brain has no muscles to protect it.. Keep your head safe all the time. Avoid getting hit on your thinking machine pic.twitter.com/LT1BKXILMr

UPDATE: Rich Piana Is Alive And ‘Fighting For His Life’

Scottish Bodybuilder and film actor Michael Donovan Mitchell passed away at 65. According to sources, he died of a heart...

The coronavirus hit hard and changed and claimed many lives in such a short period of time. South African bodybuilder...

It is a solemn time in the bodybuilding world, as legendary bodybuilder and training partner to Arnold Schwarzenegger, Karl Kainrath...

Very sad news in the world of strength sports today as we learned Siamand Rahman who was an Iranian Paralympic...

The year 2017 has been truly crushing for bodybuilding fans as the community has suffered some terrible losses. Rich Piana...