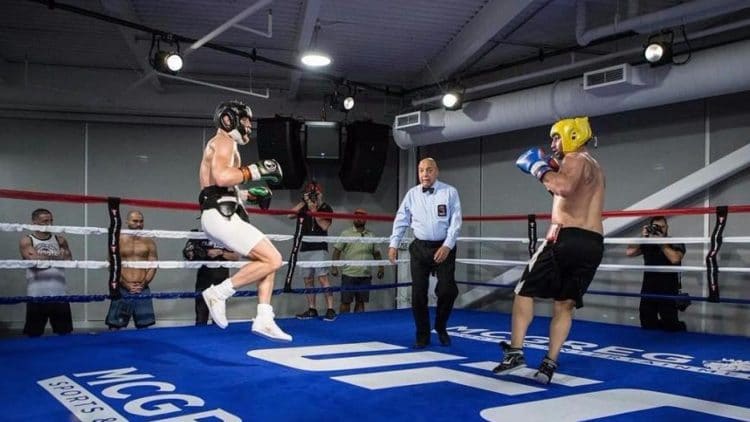 A week after Paulie Malignaggi dramatically parted ways with the McGregor camp just days before the biggest bout of all time, we have some proof of what went down. Malignaggi, a former two-division world champion from Brooklyn, quit as McGregor’s sparring partner last week after images surfaced on social media of their sessions that he felt depicted the Irishman in too positive a light. One, by McGregor’s personal photographer David Fogarty, showed Malignaggi on the canvas near the ropes with the UFC lightweight champion looking over him.

It wasn’t the release of his full sparring session with Conor McGregor that Malignaggi asked for, but UFC president Dana White did tweet out short videos from the fighters’ ring time around midnight on Saturday.

Dana White posted the video of that moment, tweeting:

Here is the video everyone wanted to see of Conor vs Paulie Malignaggi former IBF and WBA World Champion @TheNotoriousMMA pic.twitter.com/GfFP3SKsye

Speaking with MMA Oracle Ariel Helwani on The MMA Hour last week, Paulie said that he believes he was set up to fail by the McGregor camp but he ended up getting the better of the UFC champ.

“Doing it like that you’re gaining two things; you have the sparring partners all at their best and, like I said, [the fighter in camp] gets uncomfortable – you have to be comfortable getting uncomfortable at times.” 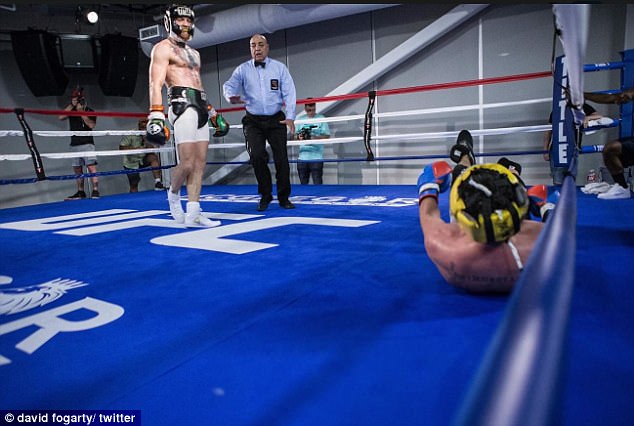 Malignaggi admitted that McGregor rallied in the final two rounds and landed some good shots. He said that when the 12 round was in the books, he thought the pair had settled their differences.

“After that sparring, I thought we had buried the hatchet, we took a picture in the ring. Everybody gave us a hand. We just did 12 hard rounds, it didn’t matter who got the better of it, there is a respect thing after you spend 36 minutes in a ring with a guy and you’re trying to beat the s**t out of each other.”

“In the dressing room I passed by Conor and he said ‘good work’ and I said ‘yeah, good work Conor.’ I thought we had buried the hatchet and I was thinking that maybe I didn’t need to be so on-edge in the camp anymore. I was hoping that because I had come with those intentions.”

Malignaggi stated that the infamous leaked photograph, in which he is on the canvas was a push that occurred towards the end of the fight, actually occurred during one of McGregor’s “worst moments”.

“The funny thing about the push down was this — it was during one of his worst moments,” Malignaggi said.

“He pushed me down on the floor to try and catch a break and the instant I went down I got back up. I remember when I was down I continued to trash talk. I said, ‘Buddy, you need a break?’ because Cortez had to wipe off my gloves.”

“I started to take it to him right after that. I told him, ‘you don’t get no breaks here’, and I started to hit him with more body shots. I said, ‘take those, they don’t feel good’ and I could hear him whimper off the body shots, too.”

Dana White posted two Instagram posts showcasing what exactly went down during these sessions. Paulie had previously said that the images posted by McGregor showing him lying on the mat with a brooding Conor standing over him was not indicative of the sessions and painted a false picture.

Check out the following and let us know what you think:

UPDATE: Rich Piana Had 20 Bottles of Steroids And Crushed White Powder on Table When Paramedics Arrived