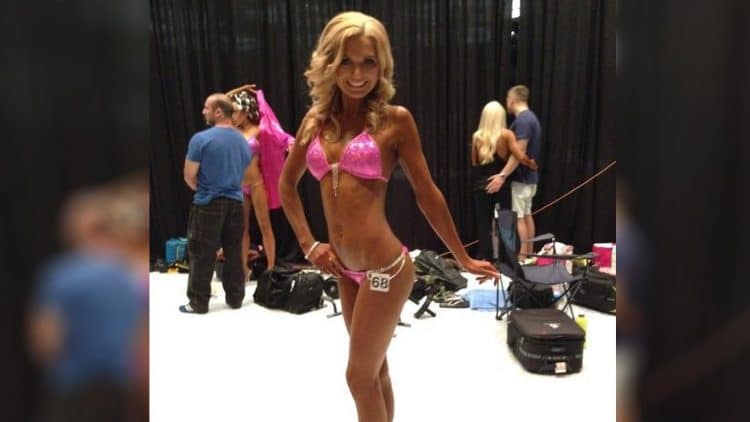 A diet of protein shakes and supplements has been found to have contributed to the death of a West Australian woman, sparking a warning from her family.

The family of t the female bodybuilder is blaming her death on an excessive intake of protein shakes. According to Yahoo 7, Meegan Hefford was found unconscious in her apartment in Western Australia on June 19 and was pronounced dead days later.

Fitness model Meegan Hefford had been competing as a bodybuilder since 2014.

She had been preparing for an upcoming competition when she was found unconscious in her Mandurah apartment.

It wasn’t until her autopsy that it was discovered she had a rare genetic condition which meant too much protein wouldn’t break down properly in her body.

Urea Cycle Disorder affects one in 8000 people and causes a build up of ammonia in the blood and an accumulation of fluid in the brain.

Her mother, Michelle White, told she had previously warned her daughter after she had complained about feeling lethargic and “weird.”

“I said to her, ‘I think you’re doing too much at the gym, calm down, slow it down,'” White recalled.

White says there was no way of knowing her daughter had the disorder.

“They don’t test for it routinely because it is such a rare condition. It says on all of the supplements to get medical advice, but how many young people actually do?” Ms. White said.

She wants to see protein supplements better regulated and hopes her daughter’s story can warn others.

The 2022 Orchid Pro Singapore took place on August 6, 2022, in Singapore, Southeast Asia. One division was featured at...