WATCH: Daniel Cormier: ‘Jon Jones and I Will Fight Again’ 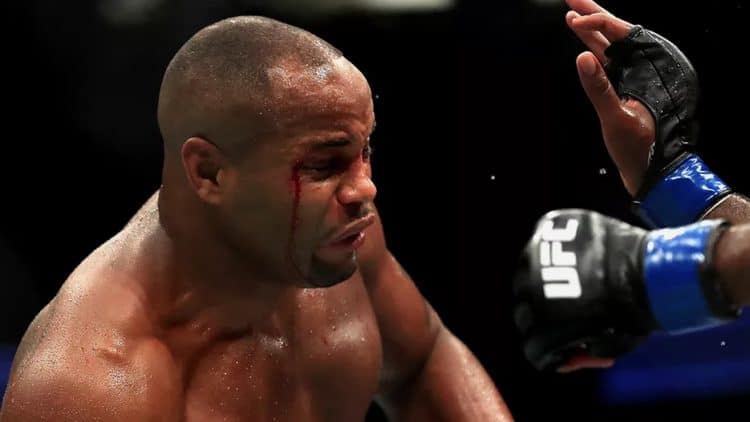 The former UFC light heavyweight champ spoke for the first time since his loss to Jon Jones at UFC 214, breaking down his emotions since losing his belt to a man many consider his nemesis in a tell-all interview with Ariel Helwani on The MMA Hour.

The two-time Olympian admitted that he had to do some serious soul searching after the defeat.

“It’s a tough pill to swallow,” Cormier said. “You’ve got to remember, I’m a guy who wants to be the best. I train hard, I work hard and I feel like I was ready to go. I feel like I was prepared, and I was very disappointed in the result of the fight. But as I’ve looked back on it, I was upset, but I think a lot of the sadness came from — I feel like my coaches, I felt like they had done such a tremendous job of preparing me for this particular event, and for me to not be able to get the job done, that’s where I think a lot of my sadness came from.”

“Obviously I was disappointed with the fight, but I felt bad for the people closest to me, because I felt like they had invested so much and had done so much to prepare me, and I was ready to go.”

Cormier doesn’t remember much about how the fight went, the result of a bad concussion that will likely keep him out for a while. But “DC” has no plans on retiring from the sport.

“Why would I stop fighting?” Cormier said. “I feel like I still love the competition more than anything. That’s really what’s driving me. When I don’t have competition, I’m not in something like that, I’m miserable, man. I love to compete. I love to be in the environment. Not only am I going to fight again, but I do believe that Jon Jones and I will fight again. So, of course I have a desire to fight, and I believe that him and I will compete again before it’s all said and done.”

“I don’t know exactly what path leads back to a fight with Jones, but I anticipate he’ll be the champion. And I don’t believe anyone else in this division can compete with me. So, after I win enough fights, I believe that we’ll fight again. Also, we make money together, and when you make money together, the UFC is usually pretty open to making those matches.”

Cormier said the UFC has already been in touch with several options for the next step, one of which was a return to the heavyweight division. It’s an idea that DC could be interested in:

“I’d entertain anything. The UFC values me and honestly, man, they’ve already reached out with some ideas about me fighting, and I was like, ‘well, I need time,’ but there are options at heavyweight and options at 205. Obviously, the Jimi Manuwa fight is a fight that could happen. Volkan Oezdemir has done fantastic for himself, a guy that’s a cool guy, but if the easiest path back to fighting the fights that I want is to go through somebody like that, then I’ll do it. So it’s a matter of just what I decide to do.

“At this point, I’ve kinda gotten to a point in my career where the UFC, they really are very open to a lot of my suggestions. These last two-and-a-half years since I fought Jones the first time through now, I’ve headlined cards, there were cards I was supposed to headline or had marquee fights on, I’ve sold millions and millions of pay-per-views, and with that comes some respect within the organization.”

“I’ve always been open and honest and genuine. It’s just, in this situation they saw me at my lowest professionally…this is not new. I’ve done this, I’ve cried every time I’ve lost wrestling matches, I’ve cried every time I lost in pretty much anything. It’s just when I’m committed to something, it means so much that when it doesn’t work out, the emotions do come out.

“I would expect [people] to say, ‘You know what, man, this guy wears his heart on his sleeve.’ But the silver lining is — I mean, it’s great that people are supporting me, but the silver lining does not erase the bottom line. The bottom line is that I didn’t get the job done, and that’s what sticks with me, so those are the things that I have to go back and work on, not really from a fighting standpoint, but just from a ‘me kinda living my life’ standpoint. At the end of the day, I have to accept that I did not get the job done, and I’m going to have to do something very special to get the opportunity to do it again, and I’m going to. I am honestly going to work to find a way to get myself locked back into the Octagon with that man. I have to.”

Watch The Full Interview Below:

Many speculated that Cormier might move back up to heavyweight, where he competed successfully for years under the Strikeforce banner. But it sounds like Daniel is still a man driven by the desire to be called the best, and that road leads him back to Jon Jones.

A Classic Chest Workout With A Schwarzenegger Twist