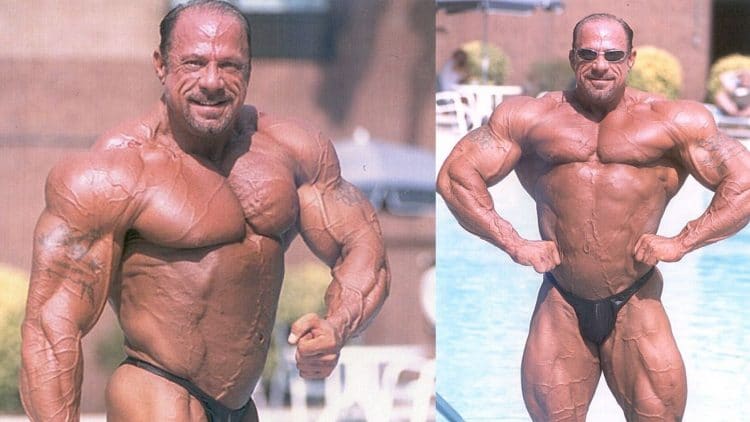 Don Garfield Youngblood was born on April 7, 1954 in Bakersfield, California. He was a trucker who was not afraid of a challenge, be it from life, the business world, or world champion bodybuilders like Vince Taylor. His pet was a bobcat, but his hobby was taking on the lions in world of bodybuilding.

Youngblood started his trucking career in the mid-1970’s as a driver for the Southern Pacific Railroad in Bakersfield, California. “After a year, I was able to convince the bank to loan me the money for an old Peterbilt truck. After I paid off the loan, I bought a new truck, and then had a business opportunity in Arkansas.” In Alma, Arkansas he founded SDS Transportation Services which today fields 100 trucks hauling frozen foods all over the county for companies like Wal-Mart , Tyson and Cargill” said Don in his last interwiev.

In 1987 after 13 years of business building Youngblood decided it was time to invest in himself. “Bodybuilding was something I always wanted to do and I started by first working out in my garage. My inspiration was Vince Taylor who already had about a half-dozen titles to his credit when I was just getting started. I never dreamed I would be competing for head to head with the guy in just a few years. I went to a couple of bodybuilding shows and realized that I had the size and the willpower to be a serious competitor.” In 1994 Youngblood took 1st in the Arkansas State Masters competition and in 1995 became the Arkansas Overall State Champion at age 41.

Within 3 months he earned the Overall Champion at the NPC Masters (National Physique Committee), thus earning his pro card. But Young had his eye on the Mr. Olympia competition. It took some time for the IFBB (International Federation of BodyBuilders) to give recognition to the NPC qualification but when Youngblood finally was cleared for The Mr. Olympia competition he got back in shape and took 2nd in the 2001 event sharing the stage with Vince Taylor. In 2002 he took the title away from Taylor and became the first competitor to dethrone a reigning champion!

The world of bodybuilding is not just about creating a strong and powerful machine. The discipline requires the total effort of mind and body working together to shape a serious competitor. Age is not a factor but, “It takes dedication, living the lifestyle, eating healthy and the willpower to want to change. At heart, I am a trucker, but that doesn’t mean I accepted the limitations of that sedentary lifestyle which is easy to fall into. You alone are responsible for what you eat and how much exercise you get. I went all the way because I wanted too, it’s a personal thing. Every driver can set their own personal goals and can get a lot more out of life from a healthy routine.” said Don.

Don Youngblood passed away in his home at age 51, apparently the cause of death being a massive heart attack. He was married to a wonderful person named Sue, and had four children (Christy passed away at age 11).