Since its release back in 2010, Instagram has changed quite a lot. It went from a cool app that allows you to take pictures, to a social media promotional tool that allows thousands upon thousands of fitness models to take pictures of their glorious glutes in various clothes and poses. In fact, it’s become a mandatory thing to have. Try this fun little experiment; go to Mr. Olympia or Arnold Classics page and a contestant you like. Any contestant will do and any category will do. Done with that? Great. now google search the contestant and add “ig” or “Instagram” to their name. I’m almost 100% certain you got a search result with an official account of the contestant in question.

Where am I going with all of this? Well, the thing is you have to stand out somehow. You have to different from the other fit tea/Herbalife/shreds promoting run of the mill fitness celebrity. Which brings us to the topic of today’s article, beast mode barbie, miss Cassandra Martin.

At first glance, you might think there is nothing special about miss Martin. A normal fit chick that loves working out and showing off her fit bod. But she is a bit different than the other Instagram famous fitness ladies. What’s different about Cassandra Martin is her approach to lifting, as she isn’t afraid to hit the iron HARD and HEAVY.

The swole princess’ story is a familiar one, as she like many other female fitness addicts wasn’t always a big gym buff. Her boyfriend at the time got her hooked on lifting weights then she saw what female fitness queens like Dana Lin Baley and Jamie Eason look like thanks to lifting and that was all it took.

As stated above, she wasn’t really all that into lifting growing up. She was lean and sort of athletically built, but she wasn’t the muscle-bound iron addict she is nowadays. In fact, she was a construction worker by profession, which I imagine had she took that route in life would look something like this. *

Then a few years back she started lifting and the more she lifted the more hooked she got and deeper and deeper she got into bodybuilding. Soon she discovered the joys of bench pressing, curling big ass weights and she developed even swoller role models. One of them being the 8 time Mr. Olympia himself, Ronnie Coleman. 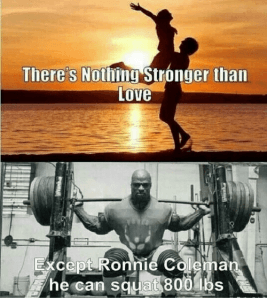 Now you can imagine what having the guy that squats 800 lbs and does 500lbs bent over rows as a role model does to a person. You won’t find Cassandra doing glute kickbacks or sponsoring fit tea. She’s all about those heavy ass weights and big ass muscles!

Sometime in 2016, after lifting for a few years while being fueled by her idol’s motto of “Everybody wants to be a bodybuilder, but nobody wants to lift no heavy-ass weights.” she decided to give this Instagram thing a shot. Of course, as these things go, her glorious gainz, love for iron and marvelous glutes and quads gained her account some serious traction right off the bat. 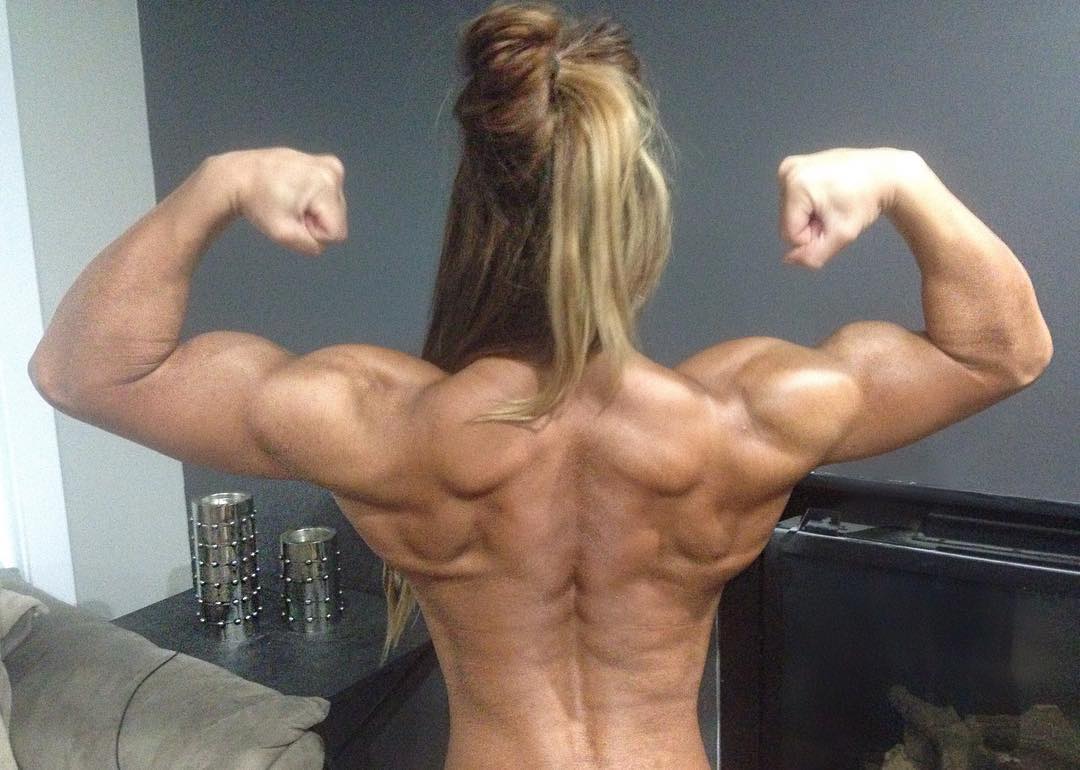 Today, a year after she opened her account she has 1.3 million followers and that number is growing on a daily basis. She’s a real role model for many women who shy away from lifting heavy because they feel they turn into Ronnie Coleman if they lift anything bigger than a 20 lbs dumbbell.

So, how does she train? Well, like we covered above she’s all about the heavy weights and compound lifts. In a simplyshredded.com interview, she stated that if she had to pick only 3 exercises to do for the rest of her life, she said she would do back squats, deadlifts, and bench press. Yep, I told you miss Martin was hardcore and old school. As far as workout routines she does the classic 6 days a week, one muscle group per day(except legs, she does legs twice a week) “bro split”.

in the same simplyshredded.com interview she also stated she sticks to free weights and, you’ve guessed it, heavy weights. Which is also visible in the Instagram video above, where she does incline dumbbell presses with 75lbs. I’ve said it once and I will have to say it again, Cassandra Martin is no joke, she is as hardcore as hardcore gets.

Her diet is very nothing special, really, it’s carb rich and filled with proteins. Hear that ladies? Carbs are not always the enemy, you don’t have to starve yourself to death in order to build muscle and be fit. 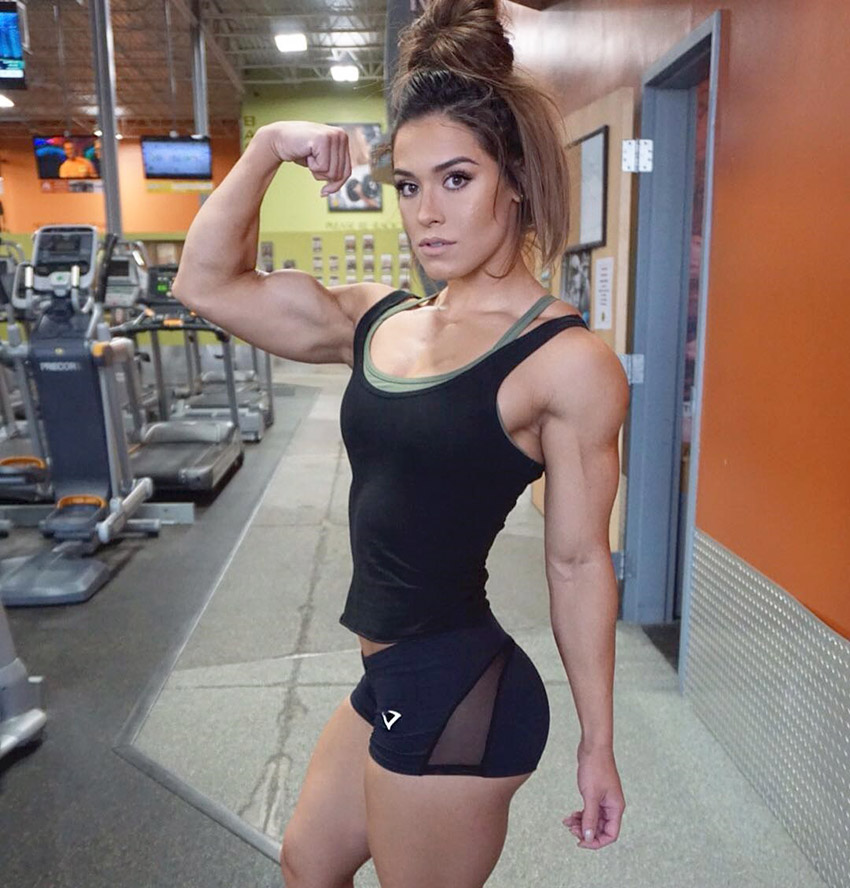 Food wise, she eats 6 meals a day filled with proteins, carbs and fibers. Also, her favorite food is steak, which she admits, can’t live without. Basically, Cassandra Martin is a top-tier wife choice. She enjoys eating a nice steak, she’s fit, good looking, Ronnie Coleman is one of her favorite bodybuilders and she lifts heavy ass weights. So, fellas if you are looking for a significant other that lifts, look no further. Though I’d imagine her looking the way she does, you won’t impress her with you wife beater and bro curls. Your lifting game better be top notch because she more than likely does reps with your squat max.

Not a lot of information about what she wants to do in the future. Well besides the obvious of, lifting weights, being swole and looking fabulous while doing so. The obvious out of the way the best bet is that she will be releasing a supplement line or merchandise line. She is currently signed with Gymshark clothing, so a reasonable assumption would be that once she understands the business side of the fitness industry she will go do her own thing.

Also, from what I’ve gathered from watching her interviews and Instagram videos, she still doesn’t do any kind of fitness coaching, online or in person. Which is something she can definitely spread out to when she gains, even more, experience as a lifter and a fitness persona.

* I was actually joking when I linked the video, but the jokes on me as she really does look like she came out of that video when she does construction work 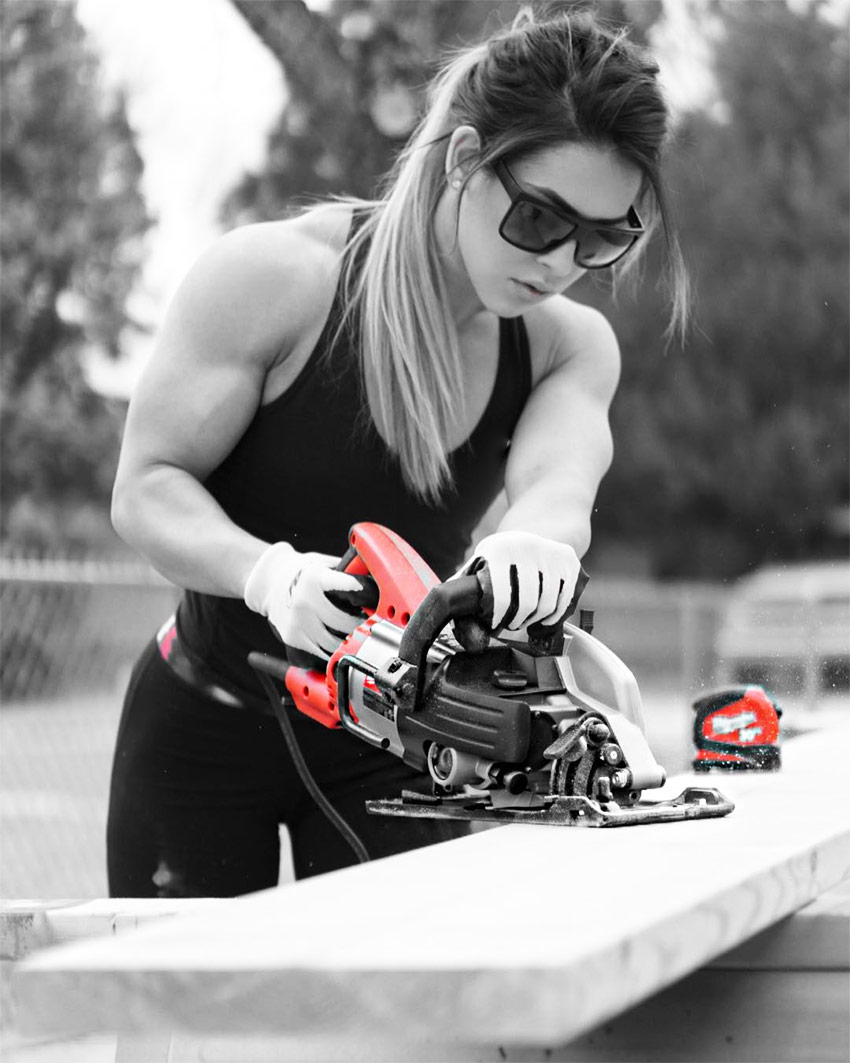