If there’s one thing Instagram fitness models love doing, it’s showing off the booty. No matter the age or the sports, as long as there are fitness chicks there will be booty selfies. Some girls try to play it off as an accident like the infamous “got a new haircut” pose with the ass being the main focus of the picture with just the slightest hint of actual hair. While other girls just post ass pics front and center and don’t try to hide that they love doing it.

What’s often funny about both kinds of girls is that they try with all of their might to increase the shape of their glutes for the insta pictures. They will arch their backs to the point of snapping and stand on their toes while flexing every muscle they got just to get the perfect booty shot.

However, those ladies are what are called “basic bitches” real muscles queens don’t need much to show off their glorious behinds. Such is the case with the Ukranian muscle Queen, the real-life Chun-Li, Bakhar Nabieva. 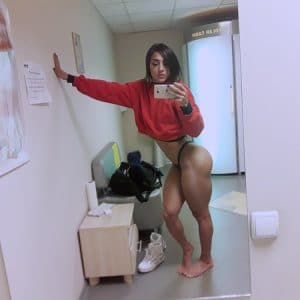 Your eyes aren’t fooling you, she really is that thick and yes, there are more pictures of her and her awesome money maker. Much more than you could ever imagine, in fact. Before delving deeper into this sorry excuse to post Miss Iron Bum’s booty pictures, let’s all get a bit motivated by hearing out her life story.

The young Ukrainians story is an all too familiar tale about a bullied weakling that turned into a superhuman creature of fame, size an strength. As a young girl, miss Nabieva was a shy girl without much muscle tone or any sign of femininity. A fact that her cruel colleagues at the time took advantage of and tormented her for years because of it. 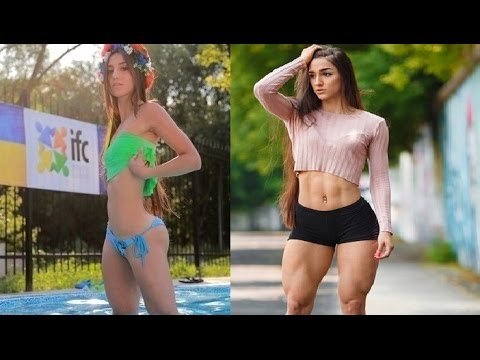 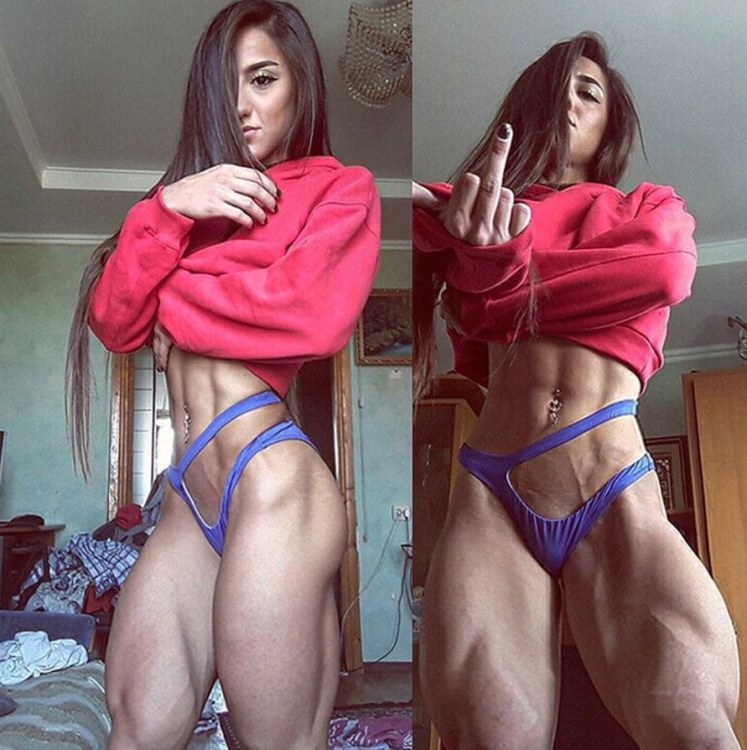 Lifting is almost a primordial thing among Men and Women. When Men see dumbells they automatically know they need to curl that sh*t up until they start seeing the sick pythons.

Same goes for Women and squat racks. Something ancient kicks in when they see a racked up barbell. They just know, they need to get underneath it and skwat till they drop if they wanna see some thunder thighs and buns of steel. Which is exactly what The Ukraine’s Iron Butt Princess did. She knew nothing about the silly nonsenses like carbs, calories, reps, and sets. One day, sick of the constant bullying, she entered a gym with a mission of no longer having skinny legs and zero ass and just started skwatin’. She didn’t count the reps, she didn’t count the sets, she was just a furious teen, fueled by hate and a will to change. Soon enough, the ugly duckling began to blossom into a sexy swole swan.

That’s about when it comes to her origin story, it’s very basic and very familiar. Youngling gets bullied for being small and weak, gets angry, starts lifting and leaves humanity behind. Now let’s talk some more about what she does these days, does she compete and stuff like that. 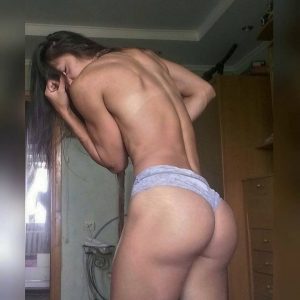 Well, as you can imagine she is quite famous on Instagram and on the internet in general. She has over a million and a half followers and her fame is growing. Even Joe Rogan mentioned her on his podcast once.

She enjoys the works of Brazilian “bunda” fit chicks like Gracyanne Barbosa, who, would you know it, also sports some mighty impressive quads and a sizeable booty.

When it comes to training, she prefers doing legs and booty centric exercises. Squats, kickback, legs extensions, hack squats….you name it she does it. She also competed once, back in 2010 in a bikini category but don’t count on her making a competition comeback anytime soon. Here’s what miss Nabieva had to say about competing

“Currently I have no interest in competing, I have been competing in the category bikini fitness, but really have no interest. You have to be a very restricted diet, no carbohydrates, the training does not yield when you have no energy. I do not want to expose myself to such torture, perhaps in the future.”

So yeah, not only does she like pumping iron, she also likes eating carbs. Which makes her dream woman material for sure. After becoming Insta-famous, she quickly branched out to other social medias. Now you can find her on Instagram, YouTube, Twitter and Facebook. 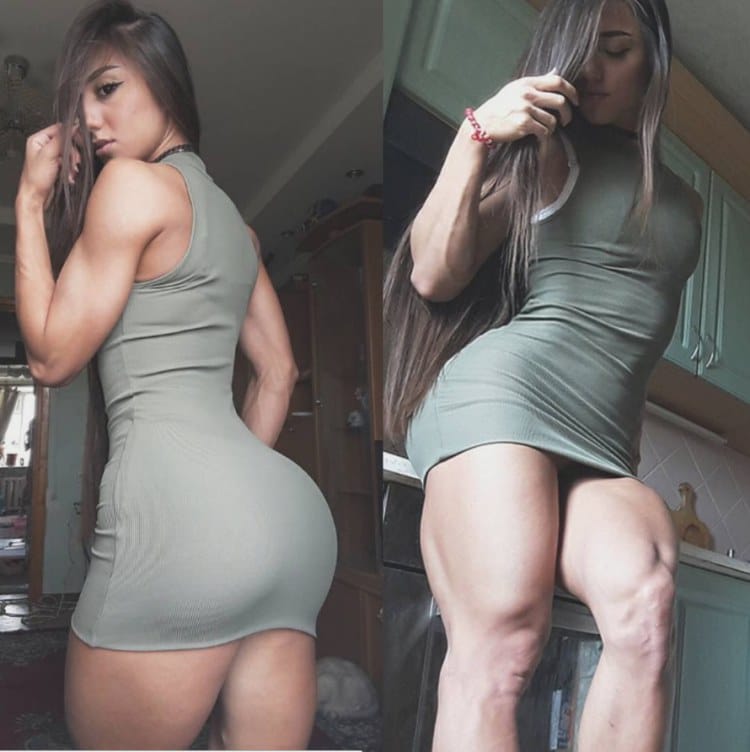 Now I know that upon seeing the amount of booty selfies miss Nabieva takes your first reaction was “I need more!“. Well, have I got some interesting news for you! After doing some journalistic researching on her Reddit page, I have discovered that she in fact also does cam work. Of course, like any good journalist, I had to investigate such a claim further to prove it’s authenticity. Upon reviewing the material provided in the Reddit thread, I have come to a conclusion. The lady in the video, is in fact, Bakhar Nabieva. If you wish to find more of her videos in such fashion, I imagine doing a very specific Google search will satisfy your curiosity.

She is also a sponsored athlete of Dragon Pharma, which means a lot when you take into consideration she doesn’t compete and isn’t IFBB certified. She’s just a hot fit chick from Ukariane with insane looking thighs. From what I’ve gathered she doesn’t do any online or offline coaching. However, she does a lot of tutorial videos explaining the secrets of her glutes and quads. Will she be coaching clients in the future? I don’t see why not, she’s 23 years old and has enough time to perfect her self and try and help others do the same.

WATCH: Eleonora Dobrinina With The “Lowest” Bodyfat in The World

The Hemsworth brothers look like superheroes when the cameras aren't rolling but Liam stole the show after Chris wished him...

Lately, more and more strange encounters have been occurring in the gym, most of these interactions end up on camera...

Jeff Bezos Shows Off Muscular Physique At 57 in Recent Photos

The founder and Executive Chairmen of Amazon, Jeff Bezos lives a life of luxury that many of us dream of...