Various reports this week revealed that discussions for a welterweight title fight between Tyron Woodley and lightweight superstar Nate Diaz taken place for a Dec. 30, UFC 219 event and according to the current champion, ‘T-Wood,’ he is waiting on Diaz to sign the contract for the fight.

During his appearance as a guest on TMZ’s The Hollywood Beatdown, where he called Diaz ‘Scared Homie’ and said the championship bout is ’50 percent completed’.

“I’m fired up about people who tell you ‘don’t be scared homie,’ and then they scared homie,” said Woodley about Diaz’s desire to get into the Octagon with him.

According to the champ, the fight would be a done deal if Diaz would just sign on the dotted line. “All you gotta say is, ‘Yes,’ put the ink to the paper and we done.”

“It’s not a possible fight, it’s a 50 percent completed fight. You’ve got one half of the party that’s been offered, that accepted, and then you’ve got the other side (Diaz) that’s got a whole bunch of excuses. That’s kinda what I’m fired up about.”

Woodley says he’ll beat Nate’s ass if they clash at UFC 219 next month … he’s confident and willing to fight him even with a busted shoulder!!!

“If there’s any fighter that I think that I can fight with my shoulder, not 100%… it’s that dude.” Woodley continued. “Get off of the pot, quit crapping yourself, you’ve taken plenty of butt whoppings before, this ain’t going to be any different. Get your big paycheck and drift off into the fall.”

Woodley talks about the recent death of Rich Piana and answers a question if snorting workout powder before a workout is a ‘thing’ in the gym/bodybuilding community.

Check out Tyron Woodley’s full interview here, and let us know what you think!

We expect the UFC to announce Woodley’s next title defense in the coming days.

Holly Holm vs. Cris Cyborg To Fight At UFC 219 For Featherweight Title 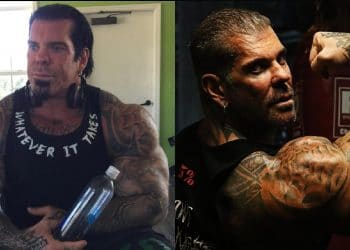 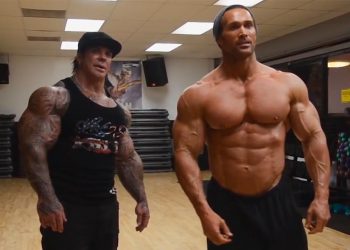