After his loss to TJ Dillashaw at UFC 217 in November, Cody left with his pregnant wife for her parents’ home country of Thailand. There he has been training, touring, and enjoying life with members of AKA Thailand. The gym’s founder and head coach former UFC fighter Mike Swick recently incepted a podcast, and he brought Cody on the to discuss MMA, life, and an encounter with Jean Claude Van Damme.

A few months ago, JCVD (Jean Claud Van Damme) went to Cody’s home gym Team Alpha Male and got to meet and train with some of the UFC stars in the team. Cody Garbrandt shared a pretty funny story, where he ended up wanting to beat up the 57-year-old actor.

“The first day we came to the gym he’s like, ‘Alright, I need my warm up.’ It was like a 38 minute warm up; 38 minutes exactly,” Garbrandt recalled. “He had his head wrapped with towels, sweating profusely all over the place. The guys took him out the night before – Danny and Urijah and them – so they were drinking a little bit, boozed up, sweating alcohol out.

We get in the cage and he’s like ‘Okay, after 38 minutes I’m warmed up. All right, let’s go.’ First off, he takes me and he literally stretches me for 40 minutes, like insanely stretches me and I’m not flexible at all … literally 60 days out from my fight, so I’m all tight, haven’t been really doing anything, it’s my first workout really, and he’s just sweating all over the place,” Garbrandt said.

“I’ve got Chris Holdsworth in with me and he’s showing the stretches on Chris and he’s just sweating all over Chris. Our buddy Rob is like ‘Jean!’ – he had this towel dangling on his front and he kept using these towels, we’re throwing him towels and like ‘Wipe the sweat off, you’re dripping all over these guys’ and I’m just like ‘Oh, shit. Gross.’ He would go on and show the stretches on me, then Chris would stretch me and Jean would help me stretch in these weird positions, so this is what we’re doing; warming up for some kicks.

So like 40 minutes of that goes by and I’m looking at him Rob like my hips are hurting, I’m sore from the stretching already. Finally he starts showing kicks with Chris, but he’s going all over the place. He’s going from stretching to kicks to this, you know. He just got really excited. You could tell he was very excited to share his knowledge with me and I was very thankful as well.

He started throwing kicks on Chris and threw this f*cking fast kick, like he came up and…I don’t know what it’s called. It’s the one he always does. He brings his foot up real quick then brings it down; a hook kind of. Chris is there like ‘Oh, shit! I better keep my guard up’ and I was like ‘Damn, he threw that at Chris’ head. Fast, without any warning.’ He saw that then he started messing with him, toe-stabbing him. He toe-stabbed Chris like two or three times where Chris was like, in pain and I’m shaking my head,” Garbrandt said.

“There’s one of me in the video shaking my head like ‘Oh shit, I’m glad he’s not doing that to me.’ Finally he was like ‘I want to show you this kick.’ It was kind of a variation on the teep and you twist it at the end. So I do it like three or four times on him. I put it down and then got in this fight stance and I saw in his eyes like ‘You wanna go?’ And I was back against the cage. So he started playing with me, acting like he was going to throw some kicks, and he started throwing hands like slapping at me.

I was like ‘I’m going to rip his head off, but it’s Jean-Claude what are you supposed to do?’ All of a sudden he looks at me, drops to his knees and starts crying and is like “My champion!” and starts crying like that, so I felt hella awkward. Hands on my hips, I’m mad, my lip is all busted open and I got that hot sweat, so I just looked at him and I’m like ‘Jean… “ – I kept calling him Jean, I didn’t know it was Jean-Claude – so I walked out of the Octagon, just leave the place, left the gym. It was f*cked up; everyone was watching, taking videos, so from the outside it looked like I hit him and he was crying.

So they were like ‘I thought you knocked him out,’ but no, dude just kicked me in the face and about kicked my teeth out, so I had to walk out of there so I don’t beat his ass. So I leave the gym and Rob comes with me, and I’m like ‘Look Rob, I don’t want to talk to Jean, I don’t want to hang out with him. That was bullshit.’ He was like ‘Oh, he didn’t mean it.’ But I’m telling you, this guy has hit that kick thousands of times … he knows how to pull a kick. He kicked me right in the teeth, you know. I was so infuriated, so mad.

I’m driving home and Urijah is like laughing about it, he thought it was the funniest shit ever because Urijah was in the cage, Chris was in the cage. He’s like, ‘Dude, that was the most awkward thing ever. You flipped out on him and he just dropped down to his knees and started crying. We didn’t know what to do.’ But he did the same shit with Tyson, it was Rob’s movie producer for ‘Kickboxer: Retaliation.’ Mike Tyson is in it, they were doing the same thing and Mike was like ‘Don’t hit me.’ Jean did it real close to him and it ended up hitting Mike in the movie and like flung him back.

Mike was like ‘Dude, don’t get close to me again or I will beat your ass.’ Jean was like ‘I’m sorry, I’m sorry.’ So Rob was telling me the next scene they had to do they were like 15 feet trying to mimic the fight scene because Mike was like ‘Don’t let this guy come near me or I’m going to beat his ass.’ So he did the same shit to Mike, kicked me in the face, but you know, he was a great guy,“ he said.

“Urijah had a catered dinner the next night and we went, me and my wife, I had my brothers in town actually, so we went and Jean came in he was apologizing and I’m like ‘Whatever, you know. It’s alright.’ But I was so mad that time he almost kicked my teeth out.”

As Garbrandt tells it, Van Damme also had a similar situation with Mike Tyson while on set for the Kickboxer: Retaliation movie. Apparently, the retired boxer wanted to “beat his ass” for hitting him during filming.

Mike Swick also mentioned that he had heard of some stuntmen complaining about JCVD taking it to them a little bit harder than necessary. Cody bought it without a doubt: “He’s fucking people up on set, guaranteed.”

What a strange and wonderful place the MMA world is.

WATCH: Beast In The Beauty The Wonder Woman Heba Ali 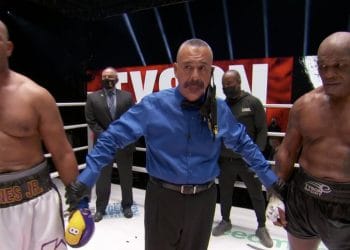 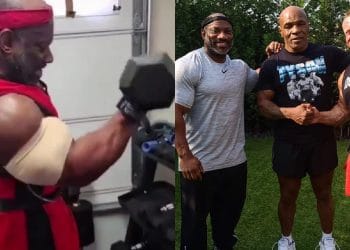 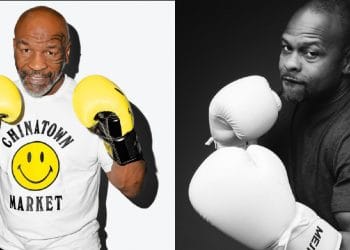