In the main event of UFC 219, UFC featherweight champion Cris Cyborg saw the best competition of her career in boxing and kickboxing champion Holly Holm.

Both fighters traded shots early, with Holm tripping Cyborg early and pressing her up against the cage.  Holm was able to keep Cyborg on the outside and throwing leg kicks, hitting her stiff with some lead jabs and hooks. As the clock wound down, Cyborg would stalk Holly, who didn’t respect Cyborg at all, but Cyborg returned the disrespect, smiling after every punch. Every time Cyborg landed, it was with devastating power. 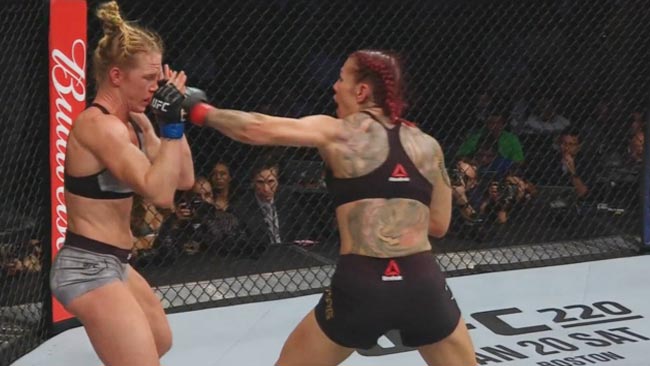 Holm’s face was a swollen mess to start the championship rounds. Cyborg, meanwhile, appeared to be settling in, landing a hard straight punch and a kick to the body to get things going.

Moments later her right high kick found its mark, but it was just not enough on it to do significant damage. She continued to push a powerful pace, hunting Holm and landing the harder shots in each exchange. Holm kept busy, but there just wasn’t much behind her shots. And that was pretty much how the rest of the fight played out — Holm rushing in with combinations that either missed or didn’t have much on them, while Cyborg landed the harder, cleaner shots. 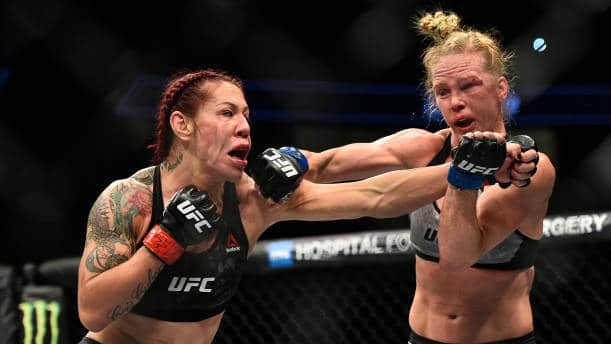 Overall it was a great fight — props to Holm for packing on 10 pounds to fight one of the scariest female fighters on the planet. And not only that, but she did what no other woman in mixed martial arts (MMA) had done to date, lasting five full rounds with the ferocious Brazilian. 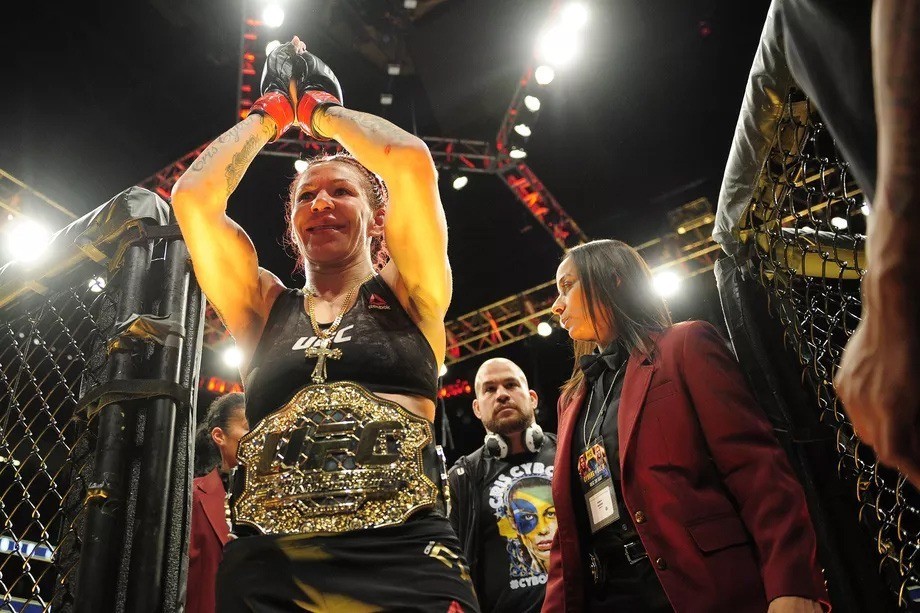 “She was an amazing fighter,” Cyborg said of Holm. “Thank you, God, for the opportunity.”

Watch highlights of the contest below:

Cyborg lands a flurry at the end of the round and catches Holm!!@CrisCyborg #UFC219 pic.twitter.com/AtWkW0tTWu

👀 @CrisCyborg lands clean to end the round #UFC219 pic.twitter.com/Ldi8o2yh1z

Bloody and battered, but both show #Respect

What a fight! #UFC219 pic.twitter.com/dZBLRZBDg0

#AndStill!! @CrisCyborg ends 2017 as the featherweight champ at #UFC219! pic.twitter.com/4Mc03fSKzi

In the end, though, Cyborg was just too strong and too tough to take out. The only problem now, who she fights next?