Jens “The Beast” Dalsgaard boasts over 40 tattoos on his face and body, weighs almost 286lbs and consumes no less than 5,500 calories per day.

Jens Dalsgaard, has achieved fame over the internet for his gargantuan appearance, earning him the popular nickname “The Beast”. 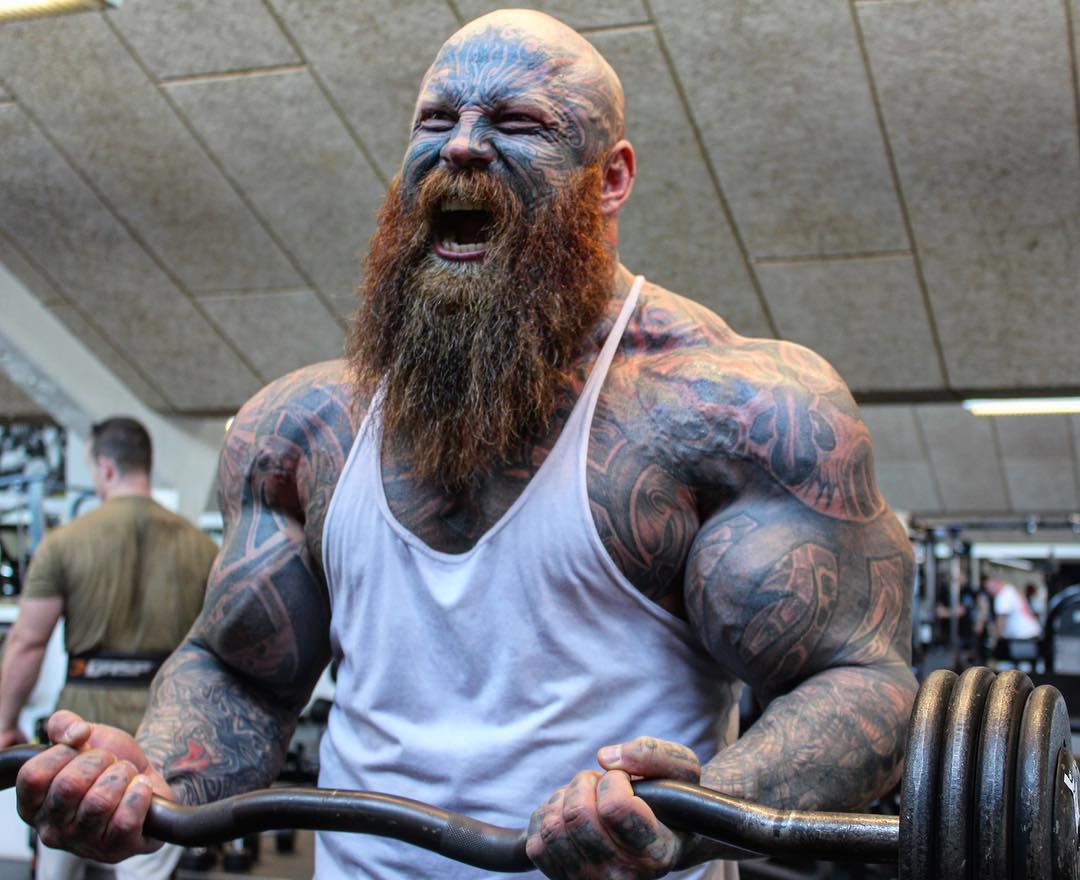 Danish bodybuilder Jens The Beast stands at 5’10” tall with a strapping chest size of 56ins and an arm circumference of 22ins.

Jen’s obsession with bodybuilding started as a child when he became fascinated with bulging-muscled, bodybuilder types.

Now he runs his own online coaching company called State of Mind says:

“My interest in big muscles started way back when I was a little kid. When I watched cartoons, I always preferred the villains to the heroes, and I loved the baddies’ big muscly physiques.”

Growing up, Jens had a happy childhood until the age of 10 when his mother was diagnosed with multiple sclerosis. The condition left her living to a wheelchair for the rest of her life. And when he turned 24, she passed away. 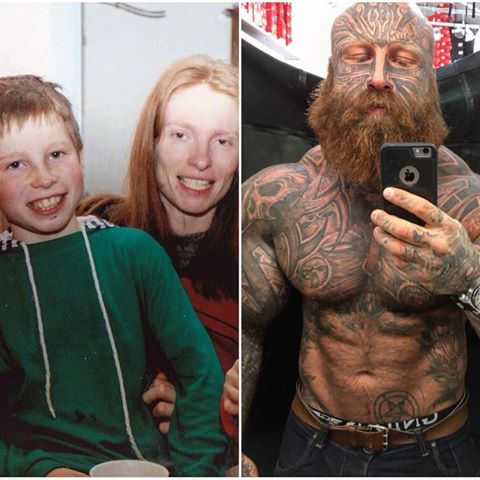 Devastated by her death, Jens went off the rails, and he became involved with local gangs. At one point, he had to spend 4-years in prison for his involvement. Jens explains:

“I lost myself and ended up in prison. But while being there, I was offered a cognitive-behavioral therapy. The therapy changed my life and my thoughts. It made me better in all aspects. That`s why now I want to help others to become stronger, healthier and more balanced. ” 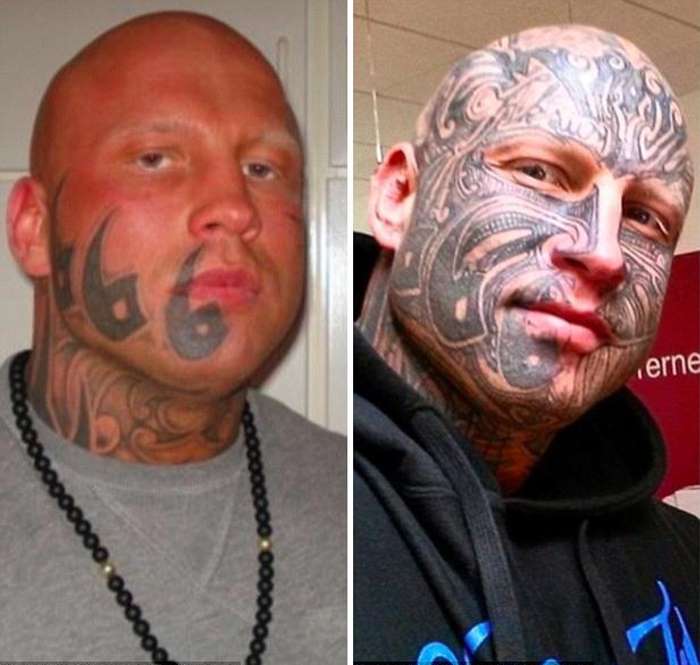 After the prison, he started his career in bodybuilding.

“I started lifting weights when I was 18 years old, but it wasn’t anything serious,” he says. “It was only a few years ago that I discovered the true potential of bodybuilding and nutrition. To get the big muscles I’d always fantasised about, I ate right, took the right supplements, such as amino acids and whey protein, and learned how to train most efficiently to build muscle mass.”

At the same time, Jens began to put his numerous tattoos on his face.

“Before I went to jail, I began to tattoo my face, but these drawings carried negative intentions. Having freed myself, I decided to end this way of life. To leave the past behind, my brother tattooed my face in the Mauri style again. ” 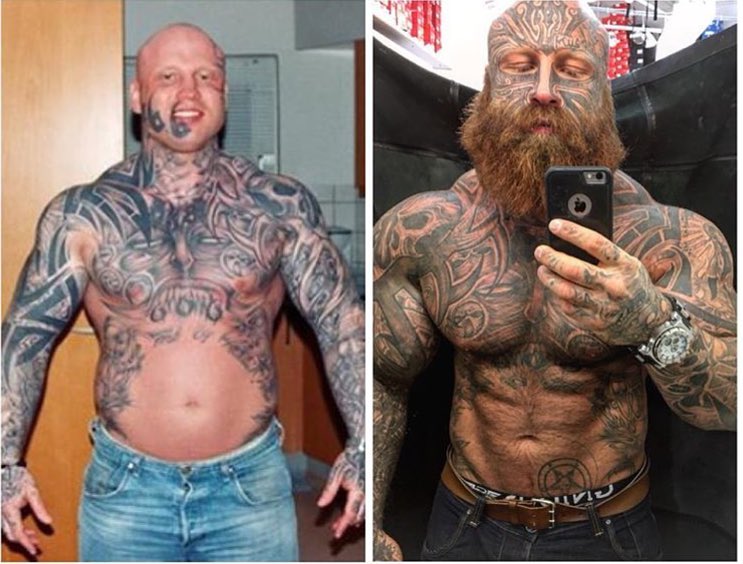 When Jens was released, he was ready to move on from that part of his life, so asked his brother – a tattoo artist – to come up with a new design to cover the old one.

“He tattooed my face with a Maori-inspired facial tattoo. So now my facial inking tells stories from my life and is more fitting with who I am now. I also started getting other tattoos – three on my leg, one on my stomach and the rest of my body is pretty much fully covered.”

Jens began posting photos of his transformation online and he quickly gained a devoted band of followers – now he has more than 220 thousand fans on Instagram and regularly receives letters from fans who are admired by his gigantic unusual appearance. 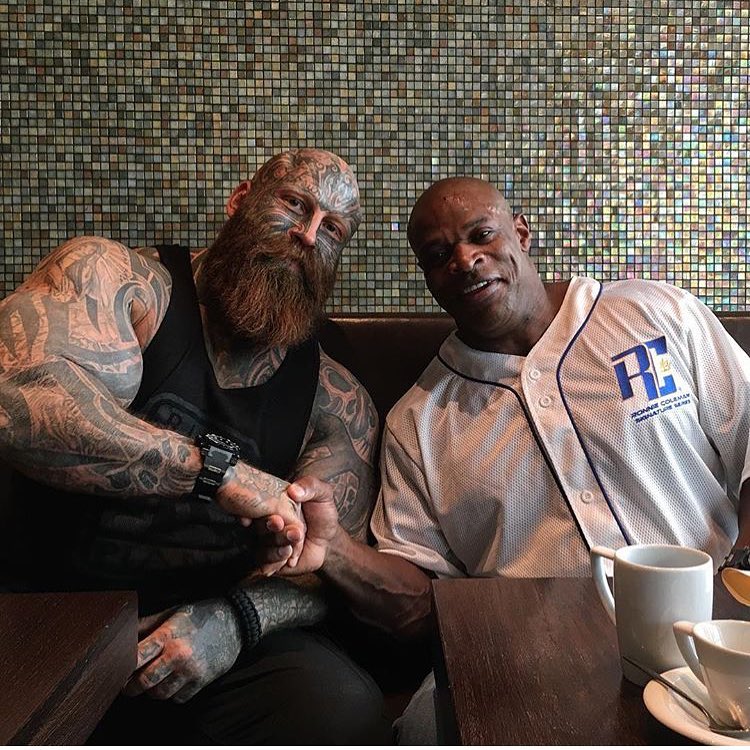 “When I started my bodybuilding transformation two years ago, my muscles just grew bigger and bigger and people on the internet started calling me ‘Jens the Beast’,”

“And that nickname just stuck. But maintaining my physique is not easy. The vast amounts of food, the training followed by injuries, getting heavier, the everyday back ache, not to mention all the hours of pain spent in the tattooist’s chair – it’s demanding. But this is my passion in life.

“My transformation is not over yet, I still have a lot more work to do. There is a never-ending battle between the current me against the better, stronger, bigger version of me that I know I can become.” 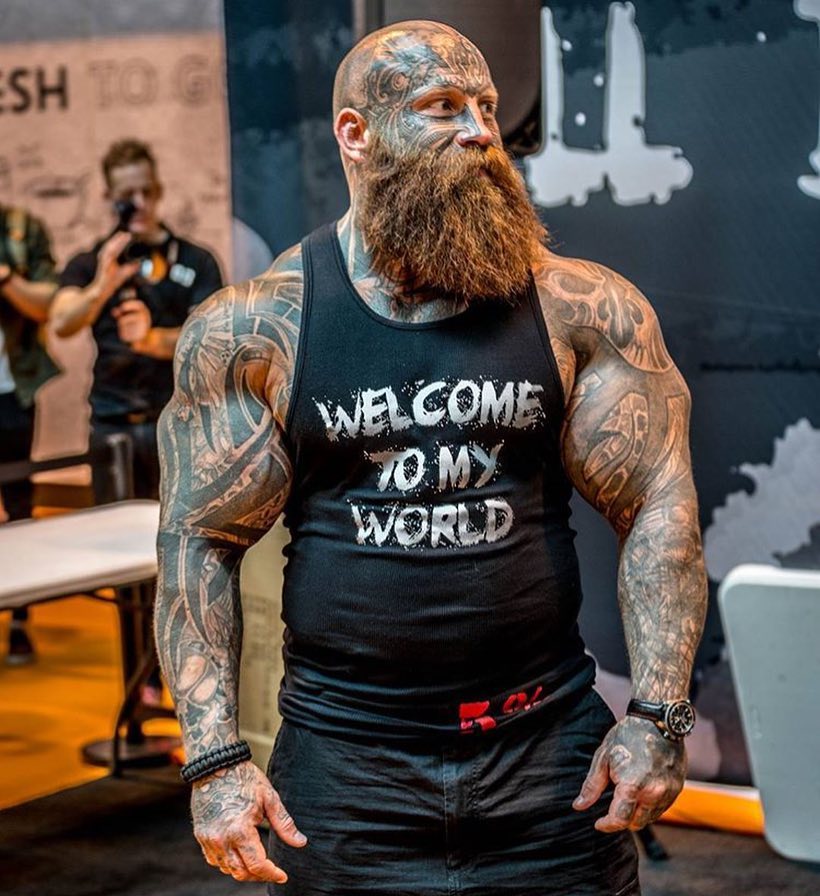 Jens now runs his own online coaching service with clients across the world and hopes to start his own supplement line. 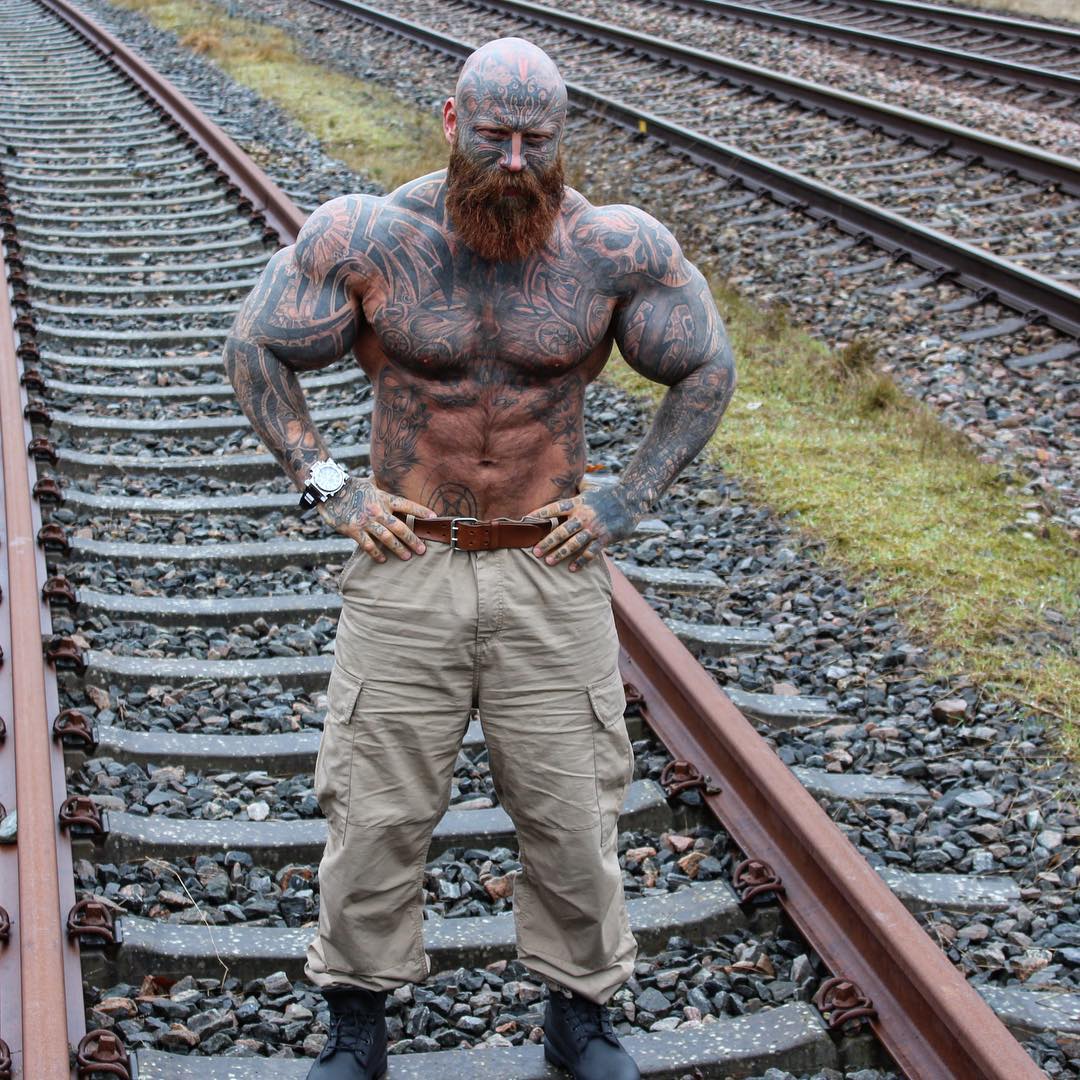 Much like fitness – changing your life isn’t something you do once and then move on. It’s a constant struggle and constant hard work. Jens can’t erase the life of crime he held before prison… but he can continue to work every day to be the ideal person he wants to see in the mirror. Inside and outside – the change only comes through doing.