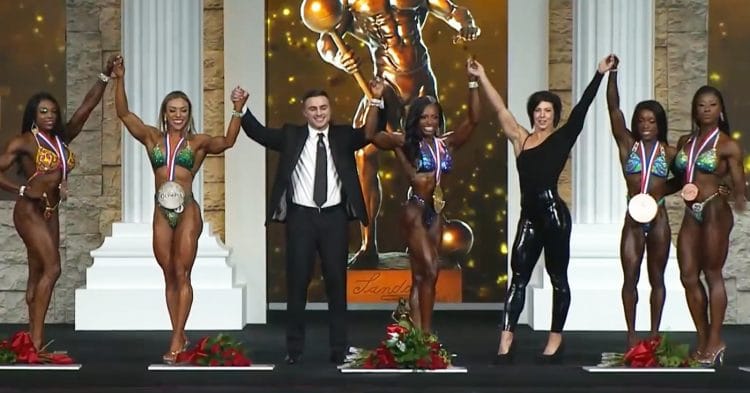 The Figure Division of the 2020 Mr. Olympia has been one that is extremely closely contested. This is the final results of that contest.

Heading into this year’s competition, Cydney Gillon was riding some solid momentum, as the three time consecutive winner of the Ms. Figure Olympia. Taking her on though, was the former champ Latorya Watts, and several other incredible athletes. There was a lot to love about this event, and it certainly delivered.

Friday morning’s prejudging saw fairly expected results, as Gillon made the first callout, as did Watts. They were fairly well matched though, by the likes of Nadiya Wyatt, who actually was able to boot Watts from the final four. Finally, these athletes returned to the stage for the finals, later in the evening.

In the end, Cydney Gillon would end the night on top, coming in first place for her fourth consecutive year. Not far behind her was Natalia Soltero who came in a fairly close second place, and looked impressive the whole way through. Bringing up the third place position is Nadia Wyatt, who surprised many with her overall performance this year.