The 2021 Arnold Classic Australia is added to the recent events postponed, with a new date not yet decided 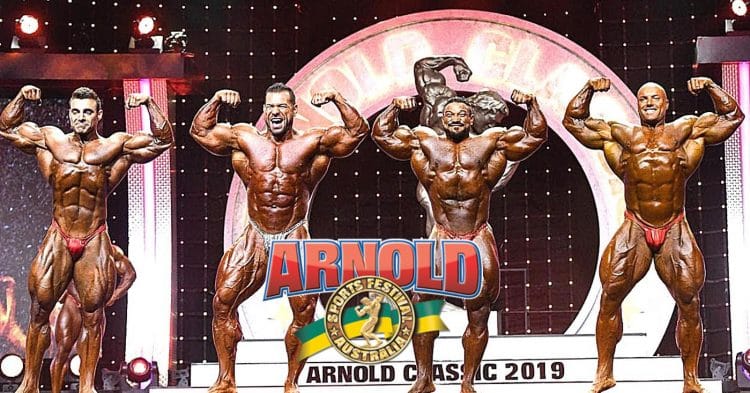 There have been a few contests postponed and delayed already, due to the constant uncertainty of the global pandemic. The 2021 Arnold Classic Australia is now added to that list.

The Arnold Sports Festival in Australia was expected to go down in March, as is often the case. Like most of the Arnold Classic events, this expo draws a ton of attention in the region, being regarded as one of the biggest shows in the country.

The last few days have seen several of the Arnold events getting postponed. The Ohio version of the festival has been delayed indefinitely, while South America saw the contest bounced to Halloween.

Now it seems that the 2021 Arnold Classic Australia is being delayed as well. According to a post on Instagram, the contest is being moved to a later date, one that has yet to be decided.

“In light of the continued implications of COVID-19 and after ongoing discussions with the MCEC, the Victorian Government and the event’s international partners, a decision has been made to postpone the 2021 Arnold Sports Festival Australia.

The event was scheduled to run from March 19th the March 21st, 2021. We are looking at alternative dates later in the year.

The decision was made to ensure the health and safety of the traveling exhibitors, staff, athletes and fans which has remained our primary concern.

Given the fluid nature of the COVID-19 situation both globally and within Australia, it’s been very difficult to predict what the situation will be in Victoria in March.

For the sake of our international guests, athletes, exhibitors and commercial partners it has been pertinent to take time to assess the situation and ensure we make the right decision.

Please ensure you monitor the event website for updates “

This was obviously not an easy decision for the event organizers to decide, but it was likely the right move. While things in Australia are not as bad as other countries, there is still a lot of questions about what to expect over the next few months.

The only main concern is that there is no official date announced for the 2021 Arnold Classic Australia. Hopefully they can find a way to still put the contest on, and it does not end up getting canceled altogether or severely hampered like last year.

It seems that we are all just trying to hang on for the ride, and play 2021 by ear. That being said, it seems that everyone wants to keep things as normal as safety standards will allow them.