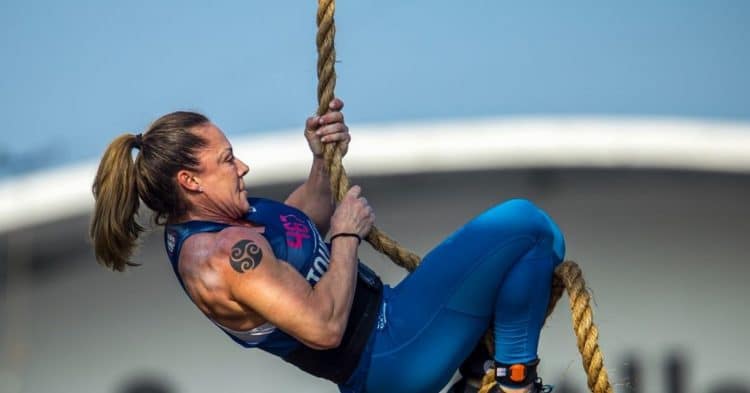 As the 2021 CrossFit Games season has progressed, adaptations have had to be made to the Semifinals part of the contest. More changes are now being made, as three more events have been changed to virtual.

With the ever changing situation in the world right now, it is par for the course that there would be constant changes to this year’s Games. From the start fans knew they were in for a change in format, with added systems of qualification in place for the season, as well as a continental division between the athletes.

First up was the Open, which was completely virtual shorter than most years previous, with the top athletes here qualifying for the Quarterfinals. While this next stage was also virtual, it was expected that those who made it to the Semifinals would compete in-person within their region, for a chance to make it to the Finals.

However we already saw two of the Semifinal events for the 2021 CrossFit Games be switched from in-person to virtual, with the Atlas Games and German Throwdown being switched up. Yet this was not the end of changes being made.

According to a post from the CrossFit Instagram page, three other events will also take place in a virtual format. The Asia Invitational, Lowlands Throwdown, and Brazil CrossFit Championships have all been changed to a virtual format, with the date Brazil being changed from Week 2 to Week 3 of the Semifinals.

” @CrossFit is actively monitoring evolving conditions around the COVID-19 pandemic in local markets hosting Semifinal events, including local health and event guidelines, and working closely with Semifinal organizers to address local circumstances. After evaluating relevant travel restrictions and likely limitations on live sporting events, CrossFit and local event organizers have mutually decided to transition the @asiainvitational, the @crossfitlowlandsthrowdown, and the @brazilcrossfitchamp to virtual events hosted by the CrossFit Games. Please note, the Brazil CrossFit Championship will also shift from Week 2 to Week 3. Currently, all other Semifinals are moving forward as in-person events as originally planned.

As of right now, the plan is currently for the other 2021 CrossFit Games Semifinals to take place in-person, other than the previously mentioned five virtual events. Stay tuned to Fitness Volt for further updates as more changes are made.