Hadi Choopan shows off his gigantic frame in recent off season physique update, and says that he is coming to the US to become champ this year 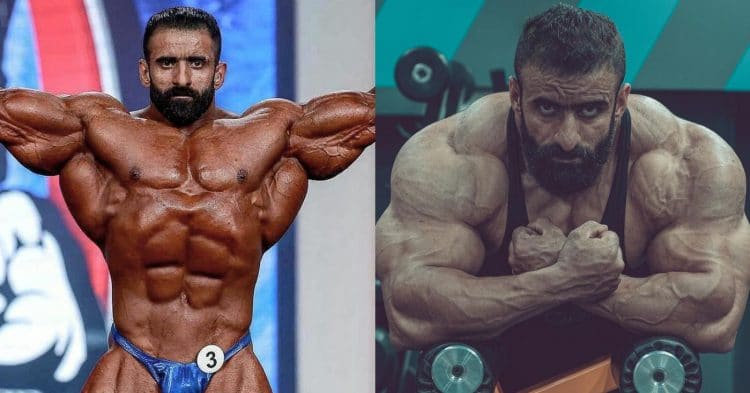 One of the biggest setbacks in the progress of Hadi Choopan as a bodybuilder, has been his difficulties in getting to the U.S. for the Olympia. Now, along with a recent physique update, he promises that he is coming to the country early this year.

There was so much anticipation to see how Choopan would do when he fully committed to competing in the Men’s Open, instead of the 212 Division. He always had a physique that fell in between these two divisions, and with him committing to Open, he had the potential to bulk up even more.

In 2019 it seemed like that was the case, as he landed in the third place position, but then 2020 saw him drop a spot to fourth place, albeit somewhat controversially. Many critics looked at his package last year, and felt like he had not made any substantial improvements from the year prior.

As it turns out, a big portion of why Hadi Choopan did not look as some may have hoped, was due to the struggles he faced getting into the country. According to his coach, his notorious issues getting his Visa were even worse last year, which led to him struggling with the final stages of his prep.

“I am coming to USA this year for being a championship this
Because I am doing intestine workouts
I am Iranian wolf 🐺
I miss you guys to see you again in Mr Olympia 🤗
My photo is taken today 🤫🤫🤫🤫” Choopan wrote.

With English not being his native language, it is not exactly clear what Hadi is saying. However by all accounts, it seems that he is looking to get into the country quicker this year, which will help him be at his best for the Olympia.

Looking at the update that he provided here, he looks to be bulking up a bit during the offseason, confirming the idea that he is not retiring. His package is always aesthetically pleasing, and if he keeps adding mass, it could mean he is bringing a completely new look to the stage.

While Hadi Choopan came in fourth place overall, his performance at the 2020 Olympia Finals saw hm beat Brandon Curry and Phil Heath, coming second in the day to Big Ramy. If he can keep making the improvements that he seems to be working on, and get his Visa issues in order, he will be a forced to be reckoned with on stage.