Complete results and recap of the 2021 Granite Games CrossFit Semifinals 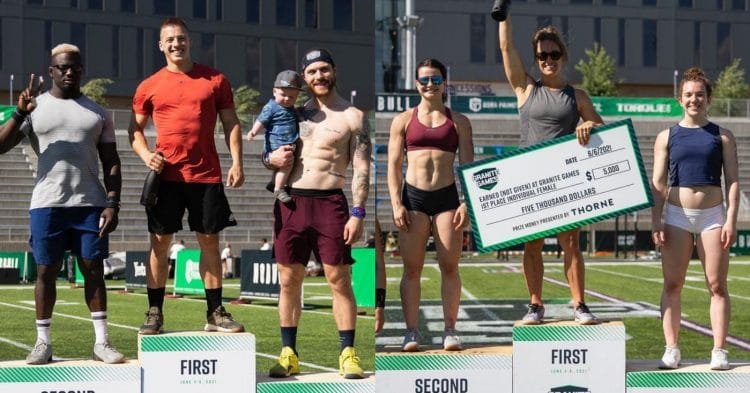 The 2021 CrossFit Games Semifinals continued over the weekend, with the Granite Games. This is the results of this contest, revealing who earned a spot to the Finals next month.

The Granite Games is one half of this week’s Semifinal action. After a successful Torian Pro and Mid-Atlantic CrossFit Challenge in the first week of action, athletes competed both here in Minnesota, as well as at the Fittest In Cape Town event in South Africa.

Both competitions ended with several athletes being invited to advance to the Finals, scheduled for July 27th-August 1st. For the North American Semifinals, the top five men, top five women, and top five teams will move to the Finals, whereas it is just the top two of each for the South African contest.

The 2021 Granite Games took place across three days, with a ton of exciting action taking place. By the end of the weekend, we knew the ten individuals and five teams that would join the rest of the roster for the Games Finals.

Below are the results of this contest, and a recap of the action from the weekend:

There were a ton of impressive performances at the Granite Games, including two new CrossFit records being set. The first of these came from Christine Middleton, who amassed an incredible 265lb clean and jerk to score a new record.

This was not the only record that was set at the Granite Games over the weekend. As seen in the below Instagram post, Anthony Davis did the unthinkable by hitting a 340lb snatch, winning the event and setting a record for the heaviest snatch ever performed in a CrossFit competition.

With those incredible showings in mind, only the top five could advance to the 2021 CrossFit Games. Here are the top ten results for the Granite Games, and who secured their invites to Madison, Wisconsin.

With his win at the 2021 Granite Games, Saxon Panchik joins his brother Scott in the Finals, after Scott’s second place win in the Mid-Atlantic CrossFit Challenge. Congratulations are in order for Saxon, as well as the other athlete who will be moving on the Finals.

The CrossFit Games Semifinals will be continuing on through June 20th, with events taking place each weekend until then. There will also be a Last Chance Qualifier on July 2nd-4th, to finalize the list of top 40 men, women, and teams to compete in the Finals.