2019 Olympia winner Brandon Curry reveals the plans he has for the 2021 Mr. Olympia, and what type of package he looks to bring 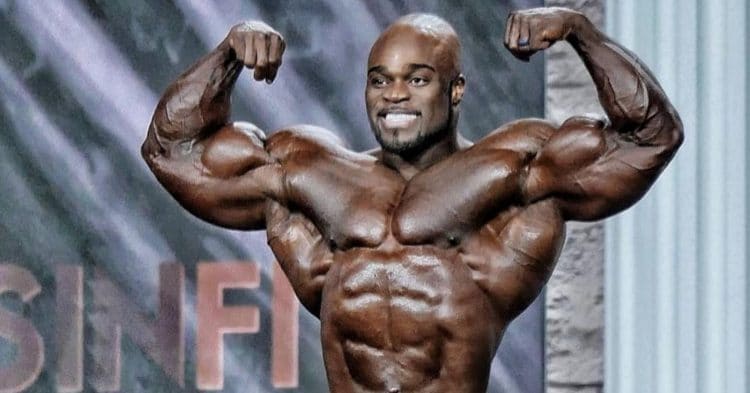 Former Olympia champ Brandon Curry has been forthright about what he feels went wrong for him in 2020. Now he shares how he expects to change that for the Olympia that is about to come.

Curry has been quite upfront about what he thinks allowed Big Ramy to win the Olympia last year. Coming into the 2020 Mr. O, Brandon was looking to defend his title against several athletes, including a returning Phil Heath.

Brandon has said that he feels like he put too much focus into the rivalry with Phil, and how he would beat the 7x champ. While he was successful in scoring higher than Phil, he still lost to Ramy, coming in second place overall.

With such clarity on the situation, one can only expect that Brandon Curry is looking to prepare a completely new package for this year’s event. It appears that he has devised the perfect plan to recapture his title and beat everyone on stage.

Speaking in a recent interview, the 2019 champ explained that he overdid the conditioning last year, sacrificing some of his size. So for 2021, he hopes to have a blend of last year’s package, and the one that won him the title the year prior.

“This preparation, we’re definitely going to bring that crisp conditioning, but you know, with Ramy being the new standard, we do need that certain level of fullness to bring to the stage. I think I could have brought a little bit more fullness,” Curry said.

“We were probably pushing for conditioning so much that we didn’t really consider coming in and bringing that fullness, that extra pop to the physique. So that’s something we’re going to focus on since they want something probably between the 2019 and 2020 look. They went a little bit of that fullness from the 2019, and some of those lines and striated look from the 2020 Olympia.

“I’m all about it, I’m all about the challenge. We’re always going back to the drawing board and trying to improve,” Curry added. “I’m not about bringing the same. I always gotta bring something new, something different, something for the crowd to talk about and critique. That’s what it’s all about.”

While he ultimately came up short to Big Ramy, Brandon Curry was certainly not far behind with his physique. So it will be interesting to see if he can make his planned changes, and bring a more competitive package to the Olympia stage this fall.