Results and recap from the 2021 IFBB Tokyo Pro bodybuilding competition 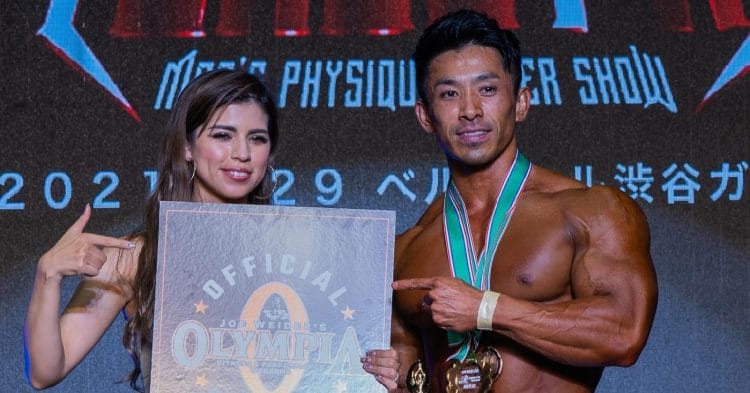 The 2021 IFBB Tokyo Pro took place August 29th, in Tokyo, Japan. Here are the results of this contest, which saw the winner receiving an invite to this year’s Mr. Olympia.

While this year’s Tokyo Pro was far from a massive show, containing only the Men’s Physique Division, there were still plenty of reasons to watch this contest. Of course, the biggest of these being that the winner would get an invitation to the Olympia, where they will face off with the best in the world in this division.

This contest did a great job to provide an outlet for top Asian Men’s Physique competitors to shine and prove their worth in this stacked division. With only eight athletes taking the stage at this contest, the pressure was on to see which of these men would get the nod from the judges, to win the contest.

In the end, Yukihiro Yuasa was the man to beat at the IFBB Tokyo Pro, earning a nearly perfect score in order to win the contest. He will now be granted his first Mr. Olympia invitation since he began his bodybuilding career, after improving upon his previous best showing of sixth place in this Tokyo contest, which he got in 2019.

When all was said and done, this was a fairly fun little contest, with some strong showings from all competitors who took part. However there could only be one winner, and one person moving on to the biggest contest in the sport, taking place on Orlando, Florida, this October.

Here are the results for the 2021 IFBB Tokyo Pro bodybuilding contest:

Congratulations are in order to Yukihiro Yuasa for being able to pull out a win at the 2021 IFBB Tokyo Pro. With this victory, it is going to be interesting to see what he can offer the rest of the Men’s Physique competitors who will be stepping on the stage, later this year.