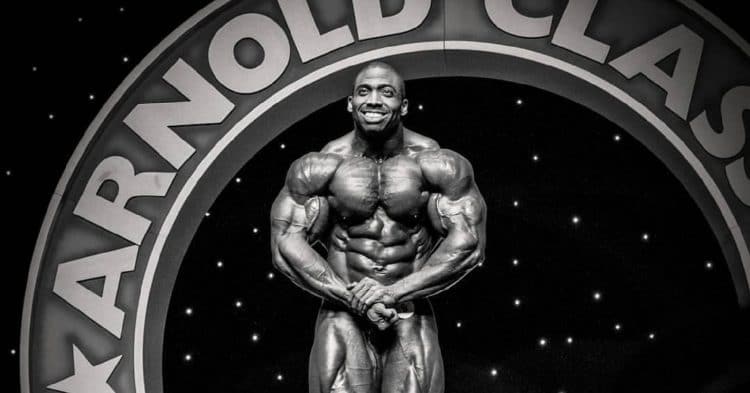 Fans were ecstatic at the prospect of seeing Cedric McMillan back on stage, competing at the 2021 Arnold Classic. Unfortunately it seems that these plans have been derailed, and he will not be able to take the stage in Ohio.

There was certainly some excitement surrounding the return of McMillan, after injuries and surgeries forced him out of the 2020 Olympia, and have kept him sidelined ever since. This excitement was only amplified by the fact that he was making his comeback at the Arnold, which is a contest that he has won in the past.

Unfortunately it seems that this will no longer be happening, according to a post to his Instagram page. Here the US Army veteran and bodybuilder revealed that his doctors have advised him against competing while he was still in recovery from his hand surgery, but he did reveal that he will be there to work commentary for the event instead.

“Just wanted to let everybody know I won’t be able to compete at the Arnold this year as I’m still recovering and the docs were like ‘uhh nope Mr McMillan’, this is the first year I’ve missed since my first one in 2013,” McMillan wrote.

“I can’t wait to get back on that stage. But guess what, I will be there as part of the broadcast team! Hopefully me and Arnold can call the show together, that would be an honor for me. I hope to help bring a different feel and experience to all of you that will be watching the show online. Pray for me that I don’t say to many curse words haha

Obviously this is devastating news for Cedric McMillan fans who were pumped to finally see him back in action. After all, even with the stacked lineup for the 2021 Arnold Classic, Cedric was almost certainly going to be the biggest competitor on the stage.

Nevertheless, this is something that is out of his control, and his health and recovery is paramount above getting to compete. Although it is worth noting that this likely also means he will be missing from the Olympia lineup this year, unless he gets another special invitation to compete, and he is healthy enough to take it.

Hopefully Cedric McMillan will be able to get back on stage sooner rather than later, and he can put these injury woes behind him. A lot of people already feel like he does not compete enough, so it would be great to see him back in the mix.