In an episode of his podcast, speaking with Michael Malice, Joe Rogan talks about the fine line between fake tanning and blackface, as well as the Men's Physique division 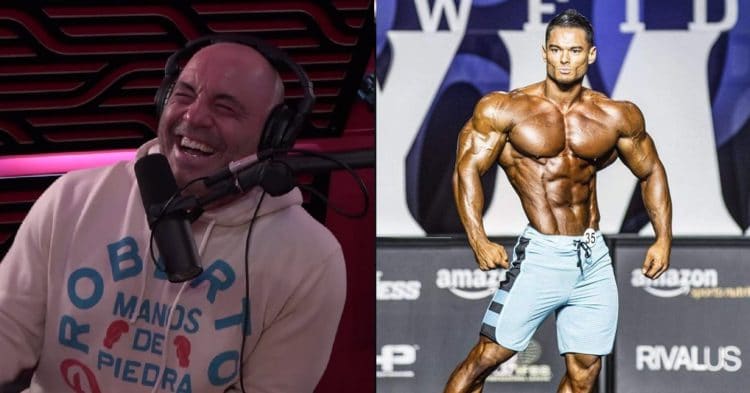 In the past, Joe Rogan has offered a platform to bodybuilders, and other experts in the strength sports community. However he recently had a discussion that countered that a little bit.

When it comes to Rogan, it is hard to deny that he is open to basically every point of view. His podcast has become one of the most popular ever, simply due to the wide array of guest appearances he has had over the years.

As far as strength sports go, Joe has played host to several big names in bodybuilding and strongman. Notably, he has had Ronnie Coleman, Rob Kearney, Dorian Yates, and CT Fletcher to name a few.

For the most part, Joe Rogan is quite supportive of bodybuilding, but things took an interesting turn when he was speaking in a recent episode of JRE. Speaking with author Michael Malice, the pair got on the touchy topic of blackface.

Both Joe and Michael strictly declared that blackface is terrible and should be used, but then they bring up a topic that was somewhat adjacent to blackface: fake tanning in bodybuilding.

Typically athletes use the fake tans before stepping on stage to help accentuate their muscle tone and definition. However over the last several years, there has been a change in how this fake tan is applied to the face, and Rogan pondered if that was due to a fear of being labeled as doing blackface.

“Bodybuilders used to wear blackface. They used to tan everything. Now they tan up to the face. They do chocolate body,” Rogan explained.

“Dude it’s bananas. The white guys go up to the neck. They’ll even do black neck, but they won’t do blackface.”

Rogan had his producer, Jamie pull up pictures of different bodybuilders, displaying their different tones between the head and the rest of their bodies. They compared this to the likes of old school bodybuilders, such as Jay Cutler.

“No one is going to take that chance and wear blackface. It used to be what they did, the greats like Dorian Yates. His face was dark as f—k,” Rogan said.

Then Malice sent a text to IFBB Pro Bodybuilder Antoine Vaillant, with whom he happens to be friends with. He said that he though Antoine tanned everything, and wanted to ask him.

“(Antoine) wrote in all caps ‘BUT IT IS NOT LIKE BLACKFACE,'” Malice said, as the pair cackled with laughter.

Malice then explained to Rogan that Antoine says it is something they do by going a little lighter on the face, but going too light is not great either. Vaillant says this is called the “Lightbulb Effect.”

Joe Rogan and Michael Malice argue about whether or not this change was made because of blackface. Joe maintains that these policies were changed because athletes were scared of being labeled as racists.

“Listen to me, it is a blackface thing. He’s lying because before they all did it. They all had dark faces,” Joe maintained.

“They all used to have their face a uniform color with their body. They do not do that anymore, and the reason they don’t do it anymore is because of fear of being called out for blackface.”

While Joe Rogan knows a few things about bodybuilding, he is only a casual fan of the sport. In fact, he was not very familiar with the Men’s Physique division of the sport.

For the uninitiated, Men’s Physique is one of the more unique divisions in bodybuilding. Rather than full body focus, this division largely focuses on upper body proportions and dimensions, with the legs being practically irrelevant.

During their conversation about blackface, Rogan and Malice brought up a picture of a Men’s Physique competitor. Joe could not get over the fact that they were wearing board shorts, and proceeded to jokingly mock the weirdness of this aspect to the stage show.

“They don’t show the quads because they’re in the board shorts,” Malice noted.

“This is real? What is going on? Why are they wearing board shorts? What the f—k is that? That is so strange. The stage outfit is (board shorts)? It is hilarious.”

Now to be clear, Joe Rogan likely meant no offense about Men’s Physique bodybuilders and was just having a conversation. That being said, it was a bit of an insensitive comment for him to make about athletes who spend their whole lives devoted to that sport.

What do you makes of these comments?