Complete results and recap from the 2021 Yamamoto Pro 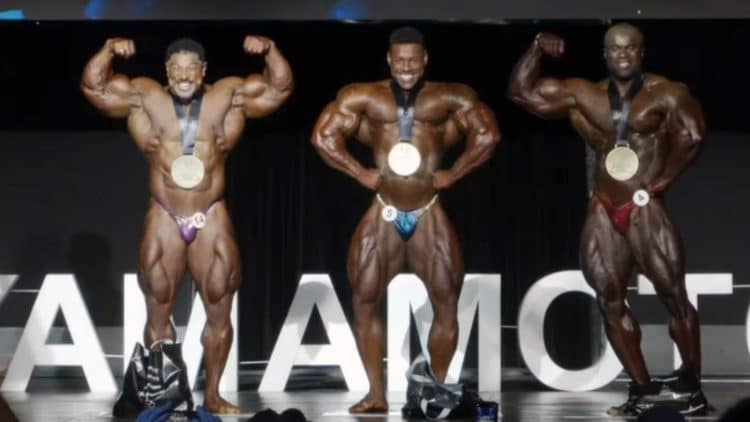 The 2021 Yamamoto Pro took place October 17th, in San Marino, Italy. This is the complete results, recap, and breakdown from this bodybuilding contest.

There is no downtime in the world of bodybuilding, which is why just one week after the 2021 Mr. Olympia, things keep rolling on with another contest. The Yamamoto Pro was the first IFBB Pro League contest after the Olympia, albeit it is not the first qualifier for the 2022 Olympia.

This contest saw just two divisions making up its roster, with Men’s Open and Men’s Physique bodybuilders taking part in this Italian event. Despite the lack of size for this event, it was still a widely anticipated one, simply because the two first place finishers were to earn an invitation for the 2022 Olympia.

It is worth noting that it has been a while since the Yamamoto Pro has taken place, with there not being a version of the contest in 2020 as a result of the global pandemic. The last time this event went down though, Roelly Winklaar walked away with the victory.

He was returning to the contest again this year, off of the back of a rather disappointing run in 2020, including at the Olympia that saw him scoring outside the top ten for the first time ever. While he has not looked his best lately, he is always a dangerous threat if he is able to come in shape.

Of course, there were plenty of other incredible competitors making their way to the 2021 Yamamoto Pro, with the heavy favorite for the Men’s Open division being Nathan De Asha. All of these skilled bodybuilders were looking for their share of $50,000 in total prize money, as well as that coveted spot on the Olympia roster

Congratulations to those who won the 2021 IFBB Yamamoto Pro. This was an exciting contest from start to finish.