See who place atop their divisions at the Kentucky showdown over the weekend. 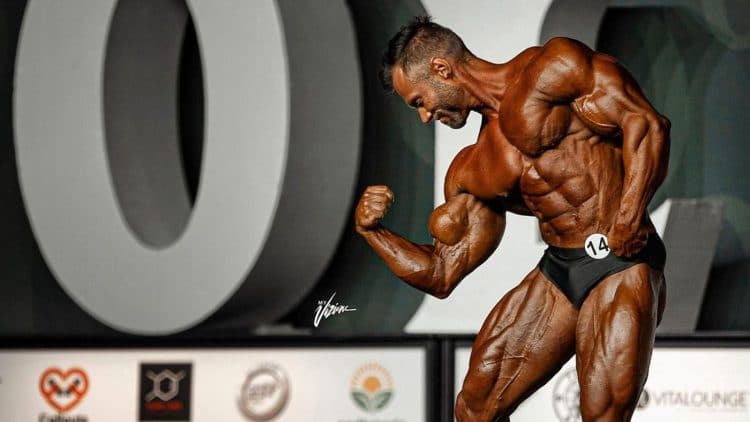 The 2021 Kentucky Muscle Strength and Fitness Extravaganza took place on Saturday, October 16, 2021, in Louisville, Kentucky. The event featured top competitors from several divisions including Classic Physique, Figure, and a Master’s category, and it was an exciting competition for athletes, fans, and promoters.

The IFBB Kentucky Muscle Pro was also a 2022 Olympia qualifier.

For Classic Physique, it was Péter ‘The Freezer’ Molnár of Hungary who took home first prize and earned himself a spot at the world’s premier event. Tommy Clark was right behind him in second followed by Jeff Hallenbeck who made the podium.

Molnár also competed at the 2021 Olympia and while his 14th place finish may not have been what he’d hoped for, he’ll get another shot at it.

‘The Freezer’ competed at the Arnold Classic Ohio as well just a few weeks prior to the Olympia where he finished 8th in a fierce lineup.

For Figure, it was a familiar name in Jessica Reyes Padilla who finished atop her division and punched her ticket to the 2022 Olympia. Autumn Cleveland took the runner-up spot while Martina Yabekova was third.

Padilla was on a winning spurt this year having won the 2021 Puerto Rico Pro (Olympia qualifier) and 2021 Europa Games Orlando. She also placed an impressive fourth at the 2021 Olympia. This was two spots higher than her sixth-place finish at last year’s Olympia.

After yet another victory this year, she’ll have another chance to improve upon her performance, at the 2022 Olympia.

Another great show for the year, and one of many 2022 Olympia qualifiers to come, the Kentucky Muscle Pro featured impressive physiques but only a few could win first prize.

While an impressive showing from the top finishers, all of the athletes who competed at the Kentucky Muscle Pro show deserve to be acknowledged for their efforts.