Turn into a fighting machine with Conor McGregor's diet and workout plan. 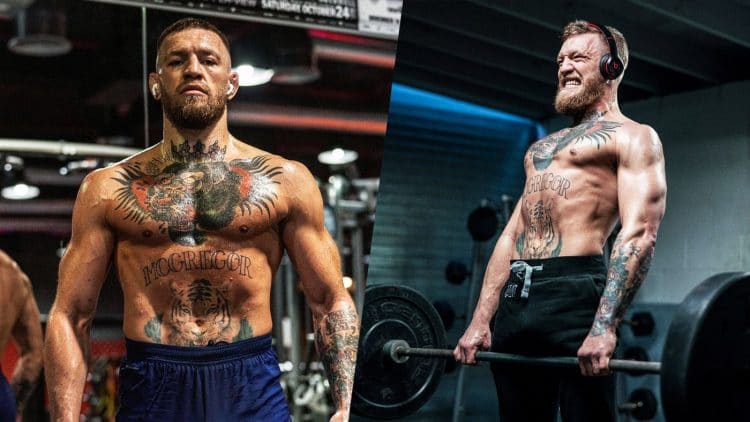 Since you clicked on this article, we are assuming you are serious about your transformation. Conor McGregor fans love him for his no-nonsense approach.

Wait, we are sensing some weird stares.

Fine, let us address the elephant in the room.

Let’s just forget McGregor threw a guardrail at a UFC bus, punched an elderly man in the face in a pub, and just recently broke an Italian DJ’s nose while they were out partying. okay? Okay!

And with this out of the way, the trash-talking Irishman is mostly no-nonsense.

Conor McGregor UFC diet and workout program is no ordinary transformation regimen. There are no routines on this plan but rituals.

I am taking this transformation program so seriously that I did a McGregor billionaire strut to get to my computer to write this article.

Conor McGregor was not always notorious. McGregor came from humble beginnings, and his story is a tale of rags to riches. Before making it big in UFC, he neither owned a Rolls Royce nor had a fancy Rolex collection. Or as we like to say – he didn’t roll in a Rolls Royce, wearing a rolly.

Conor started his competitive career in football as a youngster. His football stint was cut short when, at the age of 12, he got fascinated with combat sports.

A brash teenager living off welfare cheques, Conor McGregor struggled to make new friends. His life took a turn for the better when he had a chance encounter with Tom Egan (Ireland’s first UFC fighter).

Conor “Notorious” McGregor crashed through amateur MMA gates with a first-round TKO win. The very next year, his first Pro MMA fight also ended with a TKO, this time in the second round.

After a streak of losses where he contemplated changing careers and becoming a plumber, McGregor finally found his footing and rapidly scaled the international stage, going on an eight-fight winning streak between 2011 and 2012.

Conor McGregor then stormed onto the UFC scene with seven successive victories. The Notorious fighter cemented his place in MMA world by knocking out the reigning featherweight champion Jose Aldo in just 13-seconds. This was no ordinary feat. Aldo had remained unbeaten for over nine years before his bout with Conor.

With the featherweight belt around his waist, Conor decided it was time to take things to the next level. He planned a repeat of his Cage Warriors feat by becoming a two-division champion.

McGregor made the jump to the lightweight division and challenged Eddie Alvarez for the 155lb title. The Notorious fighter knocked out the reigning lightweight champ to win his second UFC title. He became the first European fighter to hold two UFC titles.

Although Conor is a lightweight fighter, he eats like a 212lb bodybuilder. Since he burns a ton of energy during training, he can afford to eat a high number of calories without fear of putting on weight or excess body fat.

On a fight night, Lockhart follows the following approach:

According to sources, here is what a typical day of eating in the life of Conor McGregor looks like:

Greek yogurt – Lockhart has McGregor throw in some nuts for healthy fats.

Both McGregor and Lockhart are very particular about the MMA fighter’s carb intake. While Conor goes big on protein, he only eats specific types of carbs, namely fruit, green veggies, sweet potatoes, and butternut squash, and at key moments throughout the day.

McGregor’s training style might not be what you expect. He has one of the most dynamic training styles that we have seen. The MMA champ does not stick to a single type of training. Instead, he listens to his body and does what he feels is necessary at the time. Unlike other fighters, a strict regimen has no place in Conor “Notorious” McGregor’s life.

“I wake up, I drink water, I stretch, I begin to loosen up, and then I continue moving throughout the day,” McGregor says. “I’ll hit the gym or whatever I feel like at that particular time, or I’ll take a class of taekwondo, jiu-jitsu, yoga, or capoeira. Sometimes, I’ll box. Variety is the best way. For me, regimen doesn’t work.”

The Conor McGregor training regimen consists of a three-part session:

Check Out: The Best Exercises for A Thicker, Stronger Neck

“I feel like MMA became about lifting weights and training heavy and sparring heavy rounds,” explains McGregor. “I was not interested in that. It’s the brain that makes the body move right and left, so you must nurture that.”

If you are a fitness rookie, we would not recommend following Conor McGregor’s diet and training program from your first day in the gym. If legends are to be believed, only people with a dragon tattooed on their chest and a tiger on their abdomen can endure the intensity of the notorious program.