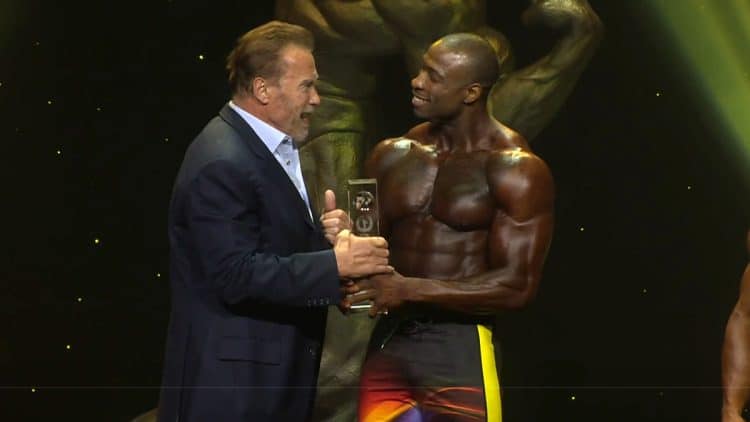 The 2022 Arnold Classic Men’s Physique athletes competed on stage looking to take home one of the most coveted titles in bodybuilding. Erin Banks dominated the event and earned first place.

Erin Banks attracted a lot of hype after his 2021 season of bodybuilding. His busy season in the sport would pay off. Banks secured first place at the 2021 New York Pro Men’s Physique. Then, he took his talents to the Men’s Physique class at 2021 Mr. Olympia and made it to the podium earning second place. Fans have seen Erin respond to criticism and come back to shows with improved packages.

Another top bodybuilder who fought on Banks on stage was Diogo Montenegro. Diogo had an amazing 2021 season which kicked off with him winning the 2021 Puerto Rico Pro. He rode that momentum into the 2021 IFBB Musclecontest Brazil Pro where he placed in second. Diogo placed in third at Men’s Physique Olympia right behind the aforementioned Erin Banks.

Brandon Hendrickson managed to defeat Erin Banks and Diogo Montenegro at 2021 Mr. Olympia Men’s Physique. Hendrickson was not a part of this lineup though it would have been exciting to see the three face off at the second biggest show of the year.

Erin Banks secured first place and won the Arnold Classic Men’s Physique title. His back and lats were some of his best attributes on stage, and his size was hard to stand against. Despite Diogo Montenegro being a solid favorite throughout the contest, Emanual Hunter emerged in second place, with Montenegro placing in third.

For full coverage of the Arnold Classic 2022: FitnessVolt.com/arnold-classic/