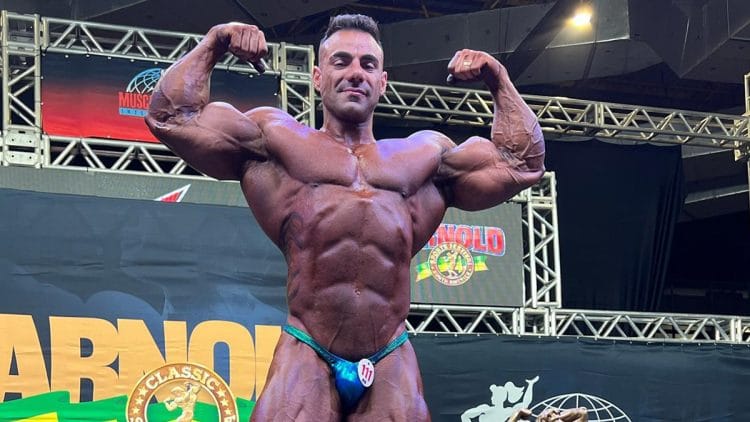 In the leadup to the event, most fans pegged Rafael Brandao as an early favorite since has steadily made improvements to his physique for the show… Brazilian native Brandao began to gather momentum in the Men’s Open division after nailing third place at the 2020 Europa Pro Championships. Unfortunately, that same year, Brandao was forced out of his expected 2020 Mr. Olympia appearance after a number of health issues prevented him from competing.

The last time Rafael competed was at the 2021 Romania Muscle Fest Pro where he took first place, the  victory earned Brandao his qualification for the 2022 Mr. Olympia. Brandao was expected to compete at the 2022 Arnold Classic Ohio back in March. However, the Brazilian standout had to withdraw six weeks out from the anticipated show.

In the end, Rafael Brandao won the first place prize. Second to him was Vitor Hugo Boff followed by Thiago Lins in third. Sibusiso Kotel who was expected to be the dark horse of the show was mysteriously missing in the prejudging, we don’t know why he missed the prejudging but he showed up in the finals and did not get the full score obviously.

The official results for 2022 Arnold Classic South America (Brazil) are in, you can check the full results and scorecards from this contest below. 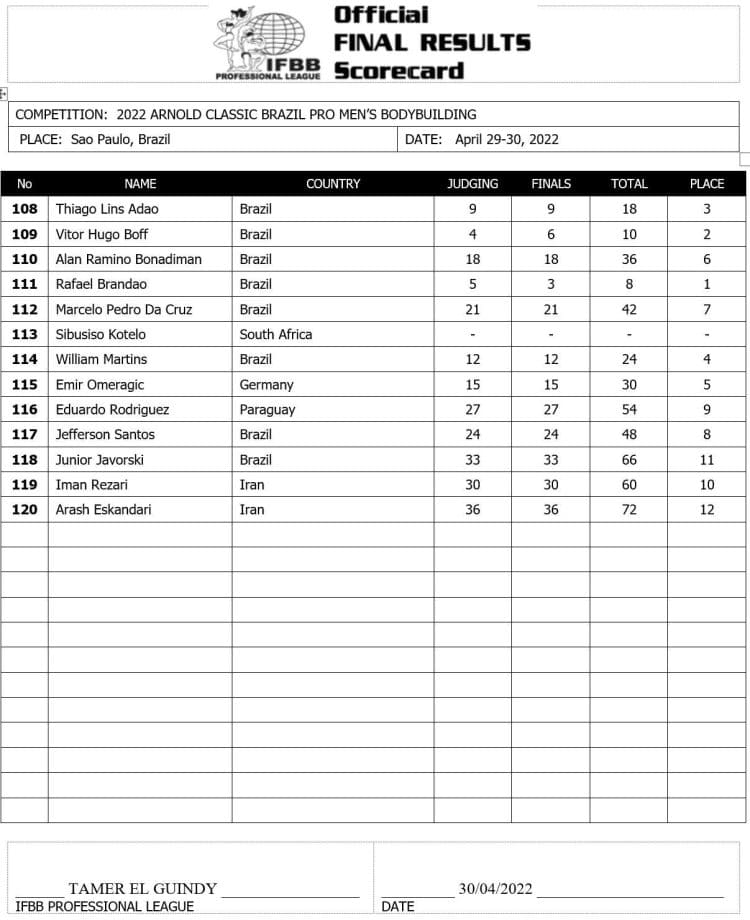 Fitness Volt congratulates all of the participants and winners at the 2022 Arnold Classic South America!  For full coverage of the all Arnold Classic 2022 shows: FitnessVolt.com/arnold-classic/

The 2022 VanCity Showdown show took place this weekend October 1, 2022. The show was located in Burnaby, Canada and served...