Emerging as an early favorite to win the 2022 Arnold Classic South America, Rafael Brandao's conditioning looks better than ever. 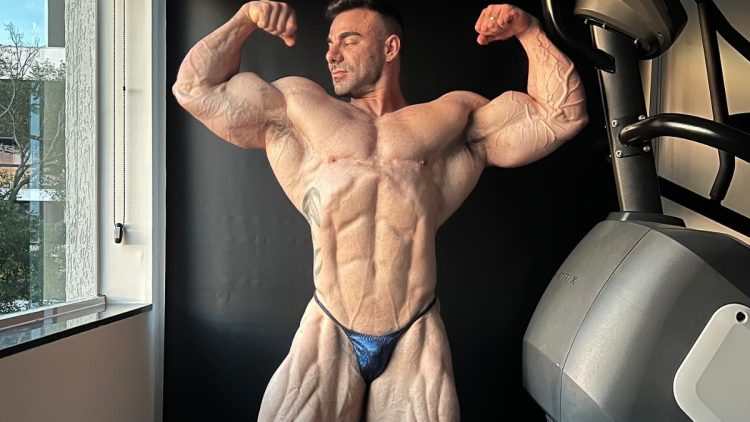 IFBB Pro Rafael Brandao has steadily made improvements to his physique as he finishes prep for his upcoming show this weekend. In a recent Instagram post, Brandao gives a physique update ahead of the 2022 Arnold Classic South America taking place from April 29th to April 30th.

Brazilian native Rafael Brandao began to gather momentum in the Men’s Open division after nailing third place at the 2020 Europa Pro Championships. Unfortunately, that same year, Brandao was forced out of his expected 2020 Mr. Olympia appearance after a number of health issues prevented him from competing.

The last time Rafael competed was at the 2021 Romania Muscle Fest Pro where he took first place and managed to defeat the likes of Samson Dauda and Quinton Eriya. This victory earned Brandao his qualification for the 2022 Mr. Olympia. Brandao was expected to compete at the 2022 Arnold Classic back in March. However, the Brazilian standout had to withdraw six weeks out from the anticipated show.

In preparation for the show on home soil, Rafael joined forces with seven-time 212 Olympia champ Flex Lewis at the famous Dragon’s Lair gym. The pair of athletes worked on building bigger backs and before they finished, Lewis admitted having a young bodybuilder like Rafael present only pushed him harder during training sessions.

Competing at his first show of the year, Rafael Brandao shared a physique update on Instagram highlighting the improvements he’s made to his lower body. Given the detail and muscle separation in his quads, Rafael is looking to steal the limelight on stage this weekend.

Rafael’s notable strengths as a competitor are impressive conditioning and vascularity. Some have argued that he has struggled with size compared to other mass monsters in the Men’s Open division. Though, his recent physique update demonstrates his willingness to correct some of those shortcomings that have been highlighted at past shows. He intends to make up for a lost time after withdrawing from the Ohio show and has a chance to assert himself as a viable contender when he takes the stage at 2022 Mr. Olympia this year.

Despite already having his invite to Olympia in Dec., Brandao is looking to make a statement at the 2022 Arnold Classic South America. With the show scheduled in just a few days, Rafael is putting the final touches on his prep and plans to prove why he’s being called an early favorite to win the contest.