Life and Accomplishments of Melissa Bumstead 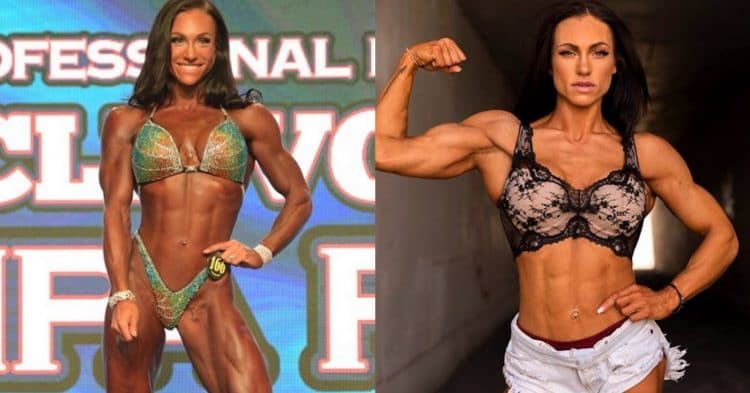 Canadian IFBB Figure athlete Melissa Bumstead is a promising competitor and sponsored athlete. However she did not even find her love for bodybuilding until she was well into her adulthood. This is the story of how she found the sport, and became a top IFBB Pro.

Born in Canada, Melissa Bumstead was always an athletic girl growing up, but was not initially interested in making a career as a pro athlete. In fact, she did not get first introduced to strength sports until she met her eventual husband, IFBB Pro Men’s Open bodybuilder Iain Valliere.

To be clear, she was not unfamiliar with the sport, as her brother Chris also competes in the IFBB Pro League, and at the time of writing is the two-time Classic Physique Olympia champ. However she saw Iain training, and decided to watch the 2013 Olympia, which sparked her interest in trying her hand at the sport herself.

After dabbling in the weight room, Bumstead deduced that she was a fan of the way the Figure athletes looked on stage. Feeling that these ladies brought an elegant physique to competition, she decided to put her focus into pursuing this division for her own competition.

After she spent some time working on her physique, Melissa took the stage for the first time at the 2015 CBBF Canadian Bikini, Figure, Fitness, and Physique Championships, where she won both in her weight class, and overall. From this moment on, she knew that this was something she was passionate about.

After winning her IFBB Pro Card at the 2015 Canadian Nationals, Melissa Bumstead took the stage as a pro for the first time at the 2016 Toronto Pro, coming in a solid fifth place. Following a fourth place at the Vancouver Pro that same year, she spent all of 2017 making improvements to her physique.

This paid off too, as she returned at the 2018 Toronto Pro, where she was the runner-up. Three contests and a few months later, she got her first ever event win as a pro, taking first at the Tampa Pro.

With this win, Bumstead got invited to her first Olympia, coming 12th. After taking 15th at the 2019 Arnold Classic, she decided to take some more time away from the sport, and focus on some other endeavors in the fitness world, but at the time of writing, she is planning a comeback in the near future.

While Melissa Bumstead had a decent run in her early years as a pro, she had passions elsewhere, namely in the world of coaching. She began an online coaching service, using the 114k followers on Instagram to get a strong customer base right off the bat.

On top of that, her social media following has led to her having success as a model and brand ambassador. She has worked with such brands as Revive, Raw Nutrition, BroActive Wear, Team Project AD and more.

When it comes to training, Melissa Bumstead hits the gym multiple times a week, working each body part on an equal level, with her favorite body part to work being shoulders. She does weight training seven days a week, roughly an hour per session.

It is not uncommon for Melissa to train with both her brother Chris, and her husband Iain Valliere. When she is starting off her prep, she will spend a lot of time doing cardio, which decreases as her prep goes on.

As far as diet and nutrition goes, Melissa Bumstead feels that this is the most important part of having a stage ready physique. She says that you can do all the work in the gym that you want, but if it is not lining up with what goes in your body, it is all for naught.

Of course, she is incredibly strict with her diet, especially during competition time. However she is not afraid to have a cheat meal here or there, with her biggest weakness coming by way of sweets.

Melissa Bumstead is an athlete that is looked upon favorably for the most part, being considered a promising prospect on stage and positive influence offstage. It is going to be interesting to see how she looks when she returns from her self imposed hiatus, and competes for the first time in a few years.

That being said, it is worth noting that there are some things that could stand in the way of that. At the time of writing, she is just a few days removed from being arrested due to allegedly importing steroids across the border, and the results of this situation are still pending at this time.

Regardless of these potential issues, Melissa Bumstead is without a doubt an impressive bodybuilder, with a strong team around her. Time will tell if she is able to reach her full potential in competition.