Three winners were crowned champions at the 2022 Dubai Pro 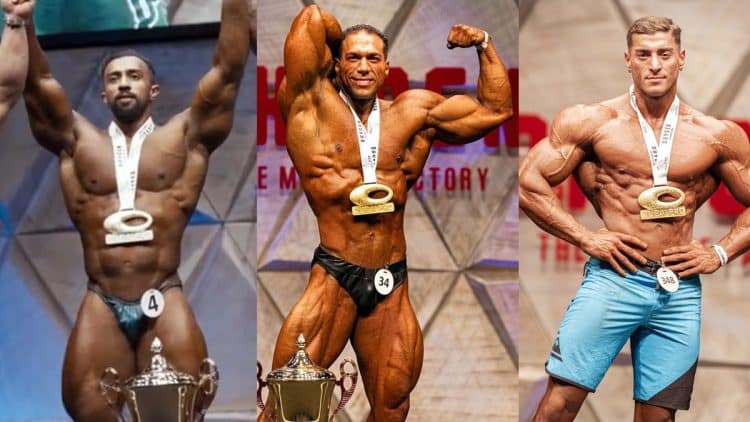 Given the competitive lineup, athletes delivered some amazing packages over the weekend at the 2022 Dubai Pro show. This event was a 2022 Mr. Olympia qualifier and featured the Men’s Physique, Classic Physique and 212 Bodybuilding divisions. They pushed each other on stage in Dubai, United Arab Emirates on October 22, 2022, to see who would walk away with their invite to Olympia.

The 2022 Mr. Olympia contest goes down in under eight weeks. Athletes will gather from around the world and compete at Planet Hollywood, in Las Vegas Nevada from December 15 – 18.
As it stands, plenty of athletes have earned their right to compete at Olympia this year, but there is still time to earn a qualification. Athletes have until November 20, 2022, to win a Pro contest to compete at the marquee show.

It didn’t take long for judges to take notice of some of the men featured in the top call-out, most notably, Mohamed Khaled Embaby and Mazin AlRahbi. They pushed each other to the brink of defeat. In the end, Mazin AlRahbi won the 212 Bodybuilding title and is 2022 Olympia bound.

Ahead of the contest, fans were highly anticipating Michael Daboul’s performance as he always comes with razor-sharp conditioning. During prejudging, Abdullah Alrabiah also emerged as a frontrunner to watch. The contest was close, but Michael Daboul won with what many considered one of his career’s best packages.

The Men’s Physique division showcased some high-level talent this weekend. During prejudging, Dawid Wachelka emerged as a competitor to watch. He pushed Tunahan Guler, one of the favorites of the contest. After a heated battle, Tunahan Guler got the job done and earned the Men’s Physique title.

Our staff at Fitness Volt congratulate the winners on their major victories!