Four bodybuilders walked away with titles at the 2022 Hurricane Pro 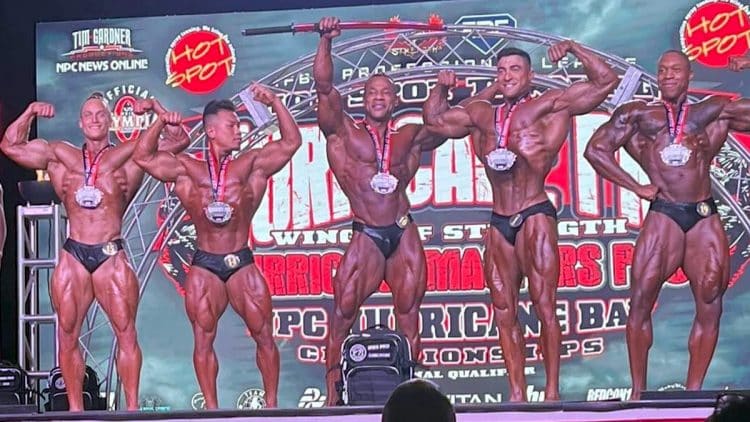 The IFBB’s 2022 Hurricane Pro took place over this weekend. At the show, competitors from the Classic Physique, Men’s Physique, Figure and Bikini, divisions brought their talents to St. Petersburg, Florida on October 22, 2022. This show served as a 2022 Mr. Olympia Pro qualifier.

This year’s prestigious Mr. Olympia contest will take place from December 15 – 18 in Las Vegas, Nevada. It’s considered the most important event of the year on the bodybuilding calendar. Already, a number of athletes are qualified to compete at the event.

There is still time for other bodybuilders to earn a respective invitation. The deadline to earn a 2022 Olympia invite will end on November 20, 2022. This weekend’s show is one of the last IFBB Pro League shows of the calendar year. Find a full list of winners below:

The Classic Physique division showcased some incredible talent over the weekend. During prejudging, Phong Nguyen was thought to be the frontrunner, courtesy of his conditioning and balance. After a close contest, Marcus Perry‘s more complete package won the title at the 2022 Hurricane Pro.

Christopher Barr impressed judges early with his full chest and impressive conditioning. Many at the show were also excited when George Brown made the rounds. It was a close show, but George Brown walked away victorious.

Autumn Cleveland and Maggie Watson pulled away during prejudging and put on an exciting contest. In the end, Maggie Watson got the job done, and punched her ticket to 2022 Mr. Olympia.

FitnessVolt staff congratulates the winners on their massive victories. We look forward to seeing you on the Olympia stage!