Benquil Marigny of Men's Physique and Ashlyn Little of Bikini wins at the 2022 Charlotte Pro show! 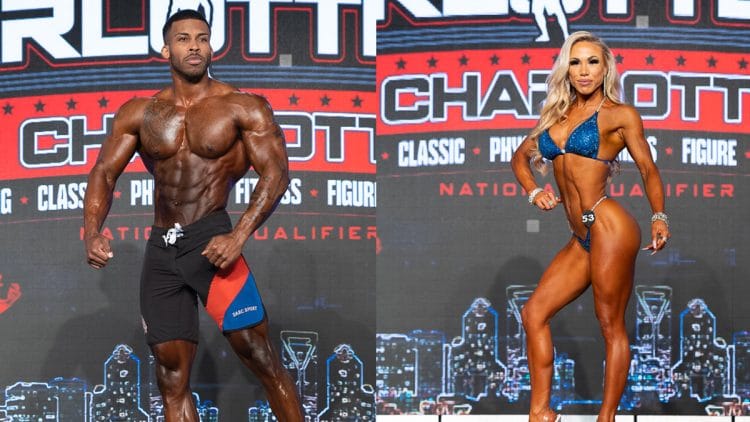 Charlotte Pro is a 2022 Olympia qualifier which means winners from each division earned a spot to compete at the 2022 Mr. Olympia.

The bodybuilding world had a busy weekend, with multiple Olympia qualifiers taking place such as Wasatch Warrior Pro, Houston Tournament of Champions and St. Louis Pro, winners from each show earned a spot to compete at the 2022 Mr. Olympia scheduled for December 15-18, 2022 in Las Vegas.

Check out the official results and scorecards from contest below:

In the Men’s Physique division, athletes from across the US competed to win the title, at the end of the day, Benquil Marigny from Owensboro, Kentucky won the first place prize. Second to him was Eddie Lusk followed by Christopher Barr in third.

Several top athletes competed in the Bikini division, but it was World Klash Pro winner Ashlyn Little who beat out the rest of her division for first prize.