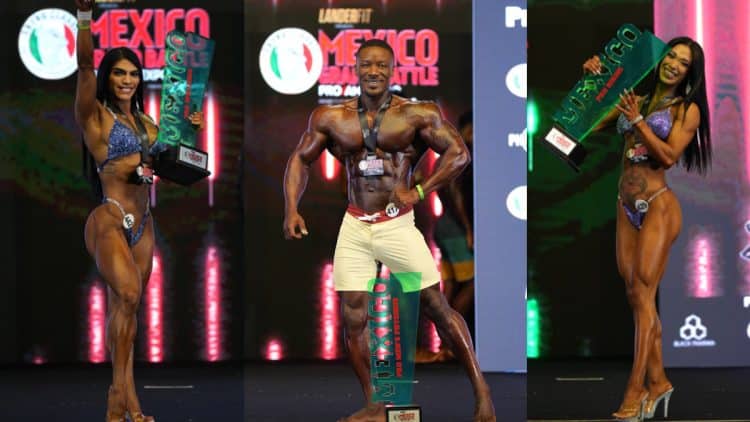 The 2022 Sheru Classic Mexico Grand Battle show took place in Cuidad de Mexico, Mexico, from October 22 – 23. Competitors from Men’s Physique, Bikini, and Wellness took to the stage and battled at this 2022 Mr. Olympia qualifier for an invitation to compete at the most prestigious event of the year.

This year, the best bodybuilders in the world will meet face-to-face to determine who is reigns supreme at 2022 Mr. Olympia. The marquee contest kicks off from December 15 – 18, in Las Vegas, Nevada.
Currently, a number of competitors are qualified to compete at Olympia later this year. However, there is still time for other bodybuilders to earn their invites. The deadline to earn a qualification for 2022 Mr. Olympia is November 20, 2022.

Bodybuilders threw down in Mexico over the weekend. Vincius Mateus emerged as a frontrunner during prejudging. However, he was pushed by Antoine Weatherspoon, who brought one of the best packages of his career and ended up winning the contest.

As one of the most competitive divisions in the IFBB, Bikini didn’t disappoint over the weekend. Eli Fernandez brought her conditioning to different level. After a close contest, Reyna Perez Mecalco got the job done, and earned her right to compete on the 2022 Olympia stage.

The 2022 Japan Pro is one of the last qualifiers to take place for this year's Mr. Olympia contest. On...