Bonac gave a look into his diet while he gets ready for the upcoming Olympia in December: 'I Can't Wait for the Package We Will Bring' 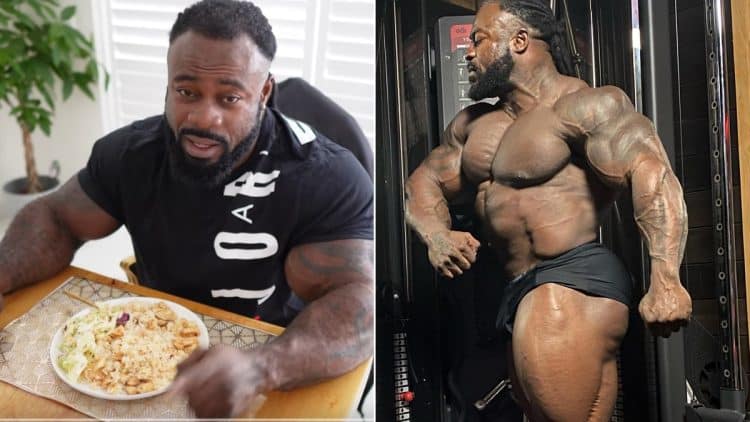 Preparations are heating up for the upcoming 2022 Mr. Olympia, scheduled for Dec. 15-18 at Planet Hollywood Resort & Casino in Las Vegas, Nevada. In a recent YouTube video, bodybuilder William Bonac shared his full day of eating while in prep for the biggest show in the sport.

Bonac has received notoriety in bodybuilding for his incredible conditioning and muscle density. He quickly stood out in the IFBB Pro League as a Men’s Open division competitor. William came close to winning the Sandow trophy in 2019 but placed second at Mr. Olympia after losing to champion Brandon Curry.

“The Conqueror” bagged a runner-up spot at the 2022 Arnold Classic, once again falling short to Curry, who won the show. Bonac took to the stage at the Boston Pro a week later. He won the event impressively and earned his invite to this year’s Olympia.

In September, his coach Chad Nicholls shared a physique update, where Bonac looked huge and chiseled. He revealed that Bonac tipped the scales at a massive 264.6 pounds (120.3 kilograms). Nicholls, who also coaches two-time reigning Mr. Olympia Mamdouh ‘Big Ramy’ Elssbiay, confidently stated Bonac will be at his all-time best for 2022 Olympia.

The season is one of the most exciting in years. There’s a plethora of talent including veterans and budding prospects looking to stake their claim. Legendary bodybuilder Jay Cutler gave his take on the lineup for the show and believes Big Ramy will likely defend his title. While he was not sure if Bonac would win, the four-time Mr. Olympia believes it would not be right to count him out.

In a recent video uploaded on his YouTube channel, Bonac gave a look into his full day of eating while in prep for the upcoming 2022 Olympia.

“I can’t wait for the package we will bring to the Olympia.”

Bonac will face a familiar foe in Curry at the event. He will need to get past two-time reigning champion Big Ramy who looks to defend his title as a favorite. Hunter Labrada, Nick Walker, and Hadi Choopan are three more promising talents that can pose a serious threat to Bonac’s ambitions.

William Bonac recently shared a grueling chest workout that he utilized to enhance his signature muscle density during contest prep for 2022 Mr. Olympia. He is leaving no stone unturned on his road to the show. Judging by his diet, many expect Bonac to bring one of the biggest looks of his career.