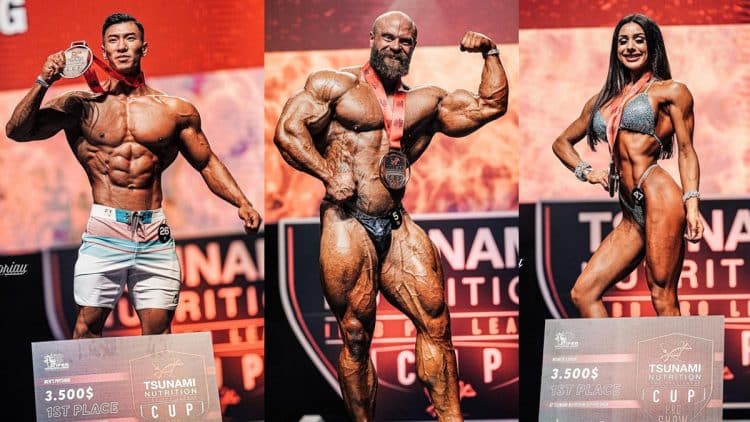 The 2022 Tsunami Nutrition Pro Show went down this weekend and was a highly competitive affair. Competitors from Men’s Open, Men’s Physique, Bikini battled on stage in Rome, Italy from October 8-9. This event served as a 2022 Mr. Olympia qualifier.

The bodybuilding season is heating up as competitors eye their respective invitations to the sport’s biggest show of the year — Mr. Olympia — which takes place from December 15 – 18 this winter. Fans were highly anticipating this show after James Hollingshead and Marc Hector performed exceptionally well at the 2022 Arnold UK contest last month.

Already, a slew of competitors have qualified to compete at Olympia. But athletes have until November 20, 2022, to win a Pro show to punch their ticket to the prestigious event. Any competitor in the Men’s Open division who placed in the top five at 2021 Olympia have been invited back for this year’s contest.

Check out who won Titles at the 2022 Tsunami Nutrition Pro show:

After James Hollinshead earned third place at the 2022 Arnold UK, many expected the Men’s Open mass monster to do some damage in Rome, Italy. He was tasked with facing some familiar talent, like fifth place Arnold UK finisher Marc Hector.

At the end of prejudging, fans and judges alike were quite impressed with Alfred Vlad Chiriac. He brought improvements to the finals and pushed Hollingshead. However, Hollingshead’s muscle density and spectacular lower body earned him the victory. James Hollingshead is your 2022 Tsunami Cup Pro Men’s Open champion and is now 2022 Olympia bound.

Men’s Physique proved to be a competitive lineup this weekend. Chao Peng was pushed by a number of competitors. By the end of the finals, Chao Peng emerged victorious, earning his qualification to 2022 Mr. Olympia for later this year.

As one of the most competitive IFBB Pro League divisions, many fans were unsure who would walk away with the title this weekend. While she was pushed in the finals, Francesca Stoico got the job done and is your 2022 Tsunami Nutrition Pro winner. 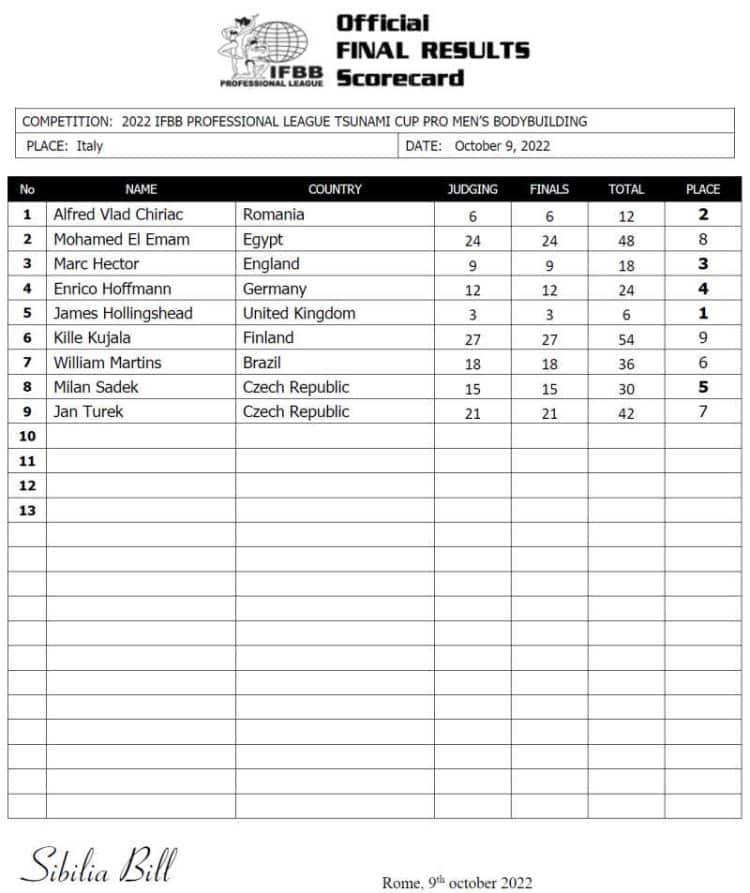 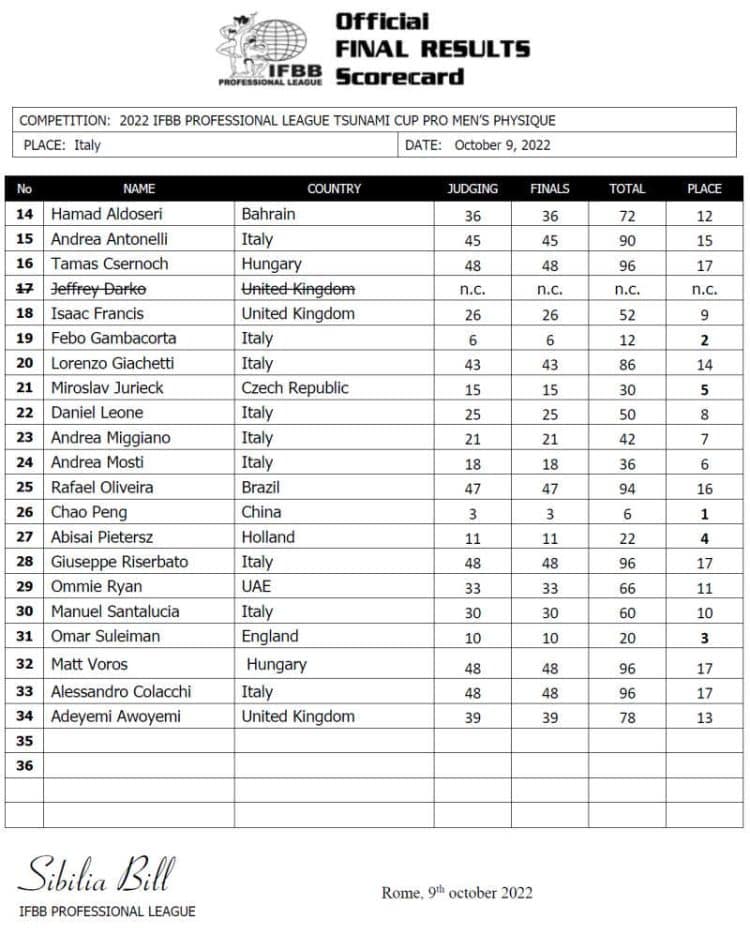 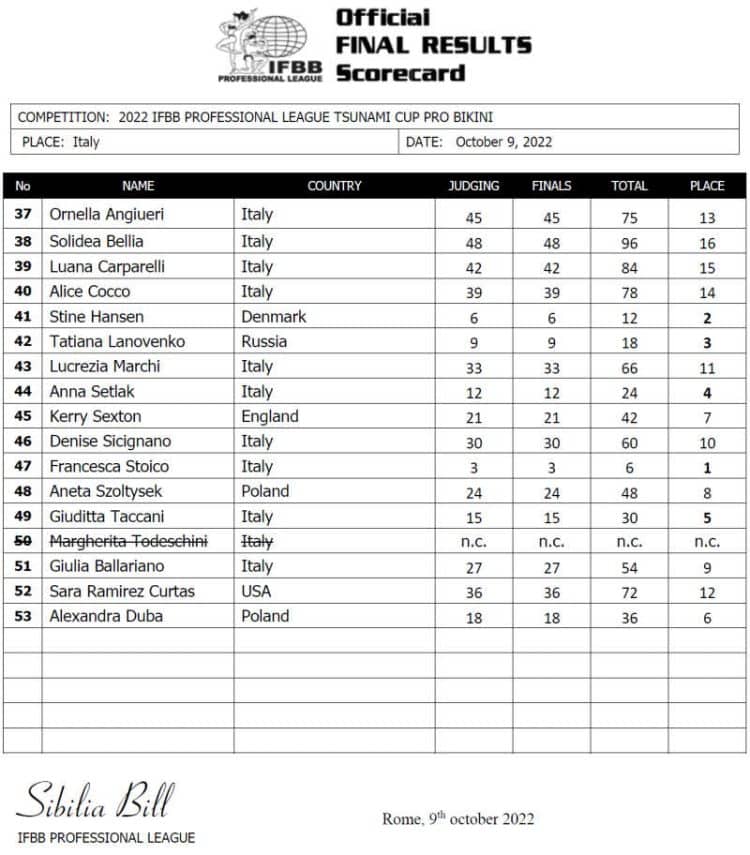 Fitness Volt congratulates the winners on their victories this weekend. We look forward to seeing them perform on the Olympia stage this December!