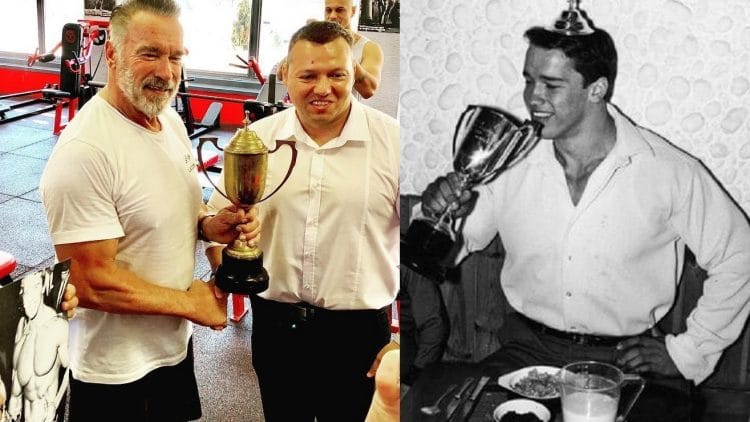 Arnold Schwarzenegger has been reunited with the Mr. Universe trophy his mum gave away

Its a pretty interesting story… So Schwarzenegger won the Mr. Universe contest in his early 20s during his second year as a professional bodybuilder. After winning when he returned home, his mother, Aurelia, gave away the trophy to a fan without any apparent reason and without telling Arnie — and the trophy went missing for years!

The 71-year-old Arnold is in Budapest, Hungary for filming the sixth installment of the Terminator franchise, where he visited a local gym and the gym owner put him in touch with a local bench press champion Lorand Berke…

Lorand’s sister bought and gave him a trophy as present when he won the Bench Press Championship in December 2017. The excited Lorand sent pictures of his trophy to his friend Adam from Budapest’s Flex Gym.

But he didn’t know that Adam was in California where he met Schwarzenegger during a work in the gym and Adam showed Schwarzenegger the photos of the trophy who confirmed, it was his, that had been lost almost five decades earlier. 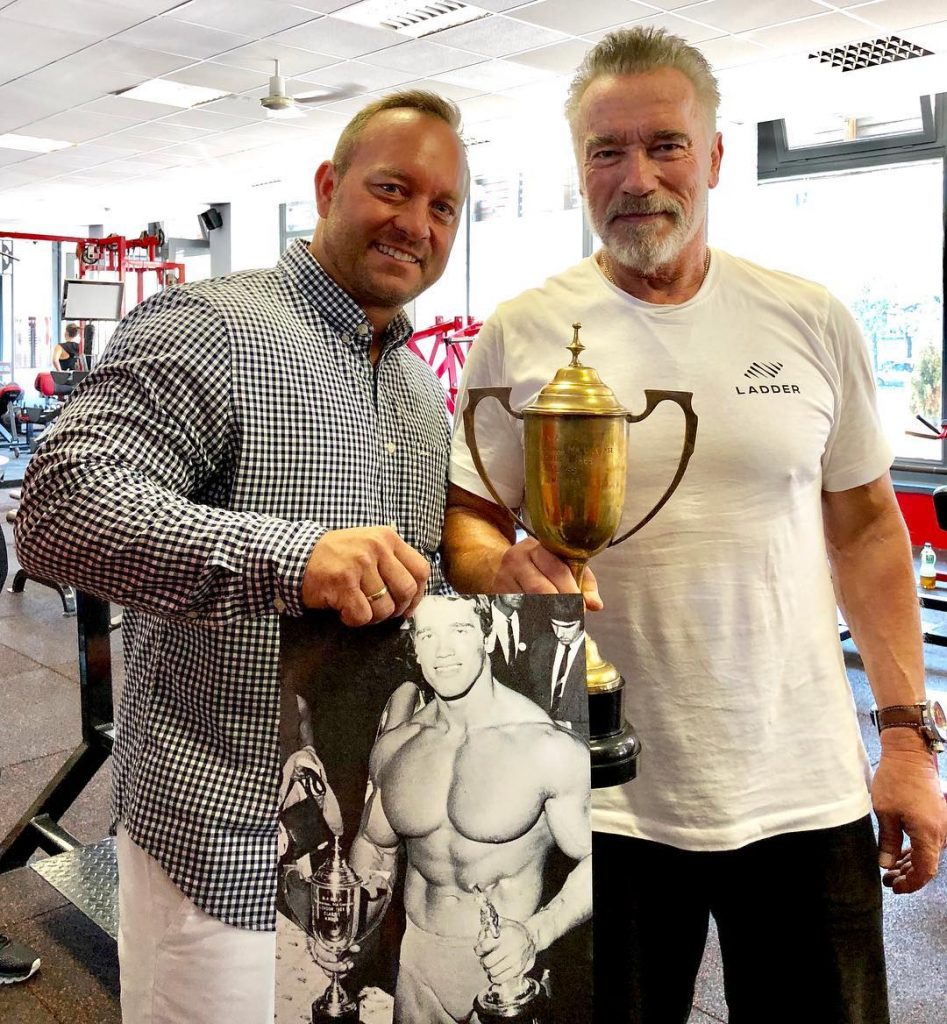 Berke, returned the trophy back to his hero, writing on social media that the cup had been “returned to the champion”. He added:

“My childhood dream came true to meet him.

Thanks to my sister for the cup and thanks to Adam for organising the meeting.

This is one of the happiest moments in my life.”

Arnold says he’s “pumped up” he promises Breke a great replacement trophy as a reward.

“It’s great to get it back, to have a complete trophy assembly and collection of my victories.”

Man Loses 300 lbs, Has To Have Surgery To Remove 13 lbs Of Extra Skin!