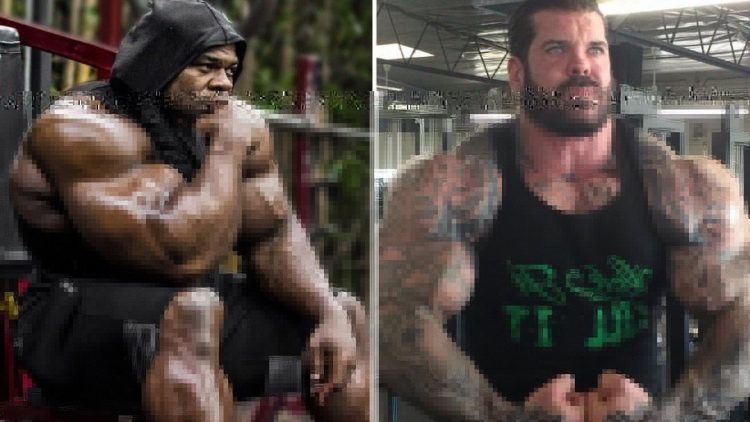 Rich Piana was an actor, former bodybuilder, entrepreneur and social media sensation. He was known around the world for his unique and bulky looks.

Piana’s goal has always been to be the best whatever it takes. The winner of bodybuilding competitions in Los Angeles in 2003 and Sacramento in 2009 has accomplished plenty, but he wasn’t ready to stop.

While Rich Piana has a countless number of followers who admire him, he also had to face a lot of criticism for his ‘raw’ and honest videos where some people believe he went too far by openly talking about his steroid usage – something that was linked to his early death.

Regardless of all the criticism, Rich pushed past staying true to his journey of educating people about positive, and possibly negative aspects of the bodybuilding lifestyle.

Its been five months since Rich’s passing away, legendary bodybuilder Kai Greene has taken to social media to share his thoughts on Rich Piana’s place in the bodybuilding community, and how to respect and honor his legacy.

“PEOPLE LIKE HIM REPRESENT A LOT OF OPPORTUNITY THAT IS UNLOCKED WHEN YOU ARE WILLING TO DO YOUR OWN WORK AND DEVELOP YOUR OWN PLATFORM AND PUT YOURSELF OUT THERE….HE WOULD TELL YOU WHAT IT IS AND HOW HE THOUGHT. THERE IS AN ABILITY TO BE HONEST WHEN YOU HAVE DEVELOPED YOUR PLATFORM WHEN YOU ARE ABLE TO STAND IN COMMAND AND OWNERSHIP YOUR IMAGE AND YOUR ABILITY TO BE INDEPENDENT.”

Kai Greene also stated that Stay on your path, and don’t let anyone bring you down. That’s one of the ways you can realize your goals just like Rich Piana. Appreciate what he has done and what he taught the community.

“THERE IS A PART OF ME THAT THINKS VERY DEEPLY ABOUT HOW I CAN RECOGNIZE AND DEVELOP THOSE PIECES IN MYSELF THAT I THINK IN THE LONG RUN PAYS A MUCH LARGER RESPECT TO HIM, DEMONSTRATES BETTER APPRECIATION.”

No doubt Kai Greene and Richa Piana are two different personalities, but one thing in common is a strong sense of integrity.