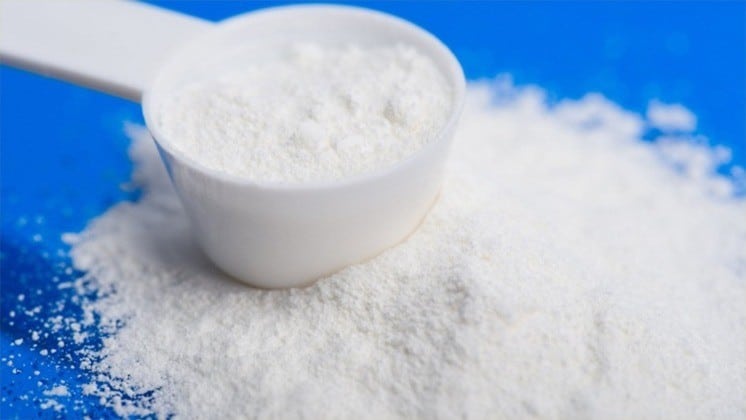 I have to admit something to you guys. Everyone once in a while I will write an article to teach myself something, while in turn teaching you as well. If I’m not sure about something, what better way to research and get the facts than by writing about it? This article is one of those times. You see I am coming to the end of a 2nd large bottle of creatine ethyl ester (CEE.)

I always used creatine monohydrate (CM) before but I heard a lot of good things about CEE. I heard about how you don’t have to take as much because it absorbs better than CM does. I heard it will make you less bloated than CM. I heard all about how great it was and how it was more effective than CM. So I went ahead and made the switch to see how it went.

Honestly I didn’t notice any real difference from when I was on CM. So before I got a new bottle of the much more expensive CEE I thought it would be a good idea to dig into some research and see if science has shown one to be better than the other.

Before I go any further I want to clarify this article will not be about how creatine works and how it can be a great supplement to use (which it is.) There is plenty of evidence out there and study after study confirming that it helps with strength, energy and size. Perhaps that will be a topic in the future, but for now we are going under the assumption that creatine flat-out works.

The point of this article is to help determine if one type of creatine is more effective than the other. So with that out-of-the-way let’s get into it, shall we?

First you may be wondering what CEE is? Basically it’s creatine that has been esterified. Esterification of creatine decreases its hydrophilicity which makers of CEE claim enables it to bypass the creatine transporter and be absorbed directly into the cell. The claim is that using it results in higher muscle creatine levels compared to CM and causes less muscle water retention as well. These are all claims, however, so it’s up to us to dig into the research and see if that says the same thing or not.

The first study I looked at was done at the Department of Life Sciences in Kingston University, United Kingdom. This study assessed the availability of creatine from three commercial creatine products during degradation in acidic conditions similar to those that occur in the stomach. They looked at two CEE products and one CM product.

While that’s all great I’d personally rather see a study done on actual people as well as showing training results using both products. Lucky for all of us, such a study exists. There was a study done at Baylor University in 2009 that went into great depth comparing CEE and CM.

This study examined how a seven-week supplementation regimen combined with resistance training affected body composition, muscle mass, muscle strength and power, serum and muscle creatine levels, and serum creatinine levels in 30 non-resistance-trained males. Participants were either given CEE, CM or a maltodextose placebo.

At the end of the study the results concluded that CEE did not show any additional benefit to increase muscle strength or performance over CM or the maltodextrose placebo. Additionally, total body mass, fat mass, fat-free mass, and thigh muscle mass were not significantly enhanced with CEE supplementation compared to placebo or CM groups. Increases in body water were similar to the placebo and CM groups.

Also since CEE supplementation showed a large increase in serum creatinine levels throughout the study with no significant increase in serum and total muscle creatine content, they concluded that a large portion of the CEE was being degraded within the GI tract after ingestion.

Given the research we have available it’s my opinion that there really aren’t any benefits in taking creatine ethyl ester instead of creatine monohydrate. Given how much more expensive CEE is, I don’t see any point in purchasing CEE over CM.

Perhaps if I had noticed a difference while on it I would be willing to continue with it, but I really didn’t. I’m not saying individuals should stay away from CEE and if you have found it to work for you and you don’t mind spending more for it by then all means continue using it. Everyone is different and different things work for different people.