Anthony Joshua Adds Another Belt To His Collection

Anthony Joshua is now a three-belt world heavyweight boxing champion and he did that after just 21 fights.

Anthony Joshua, the WBA and IBF champion, went the distance for the first time in his career but failed to impress in a boring 12-round effort against WBO champion Joseph Parker in front of over 78,000 fans at Principality Stadium in Cardiff, Wales. 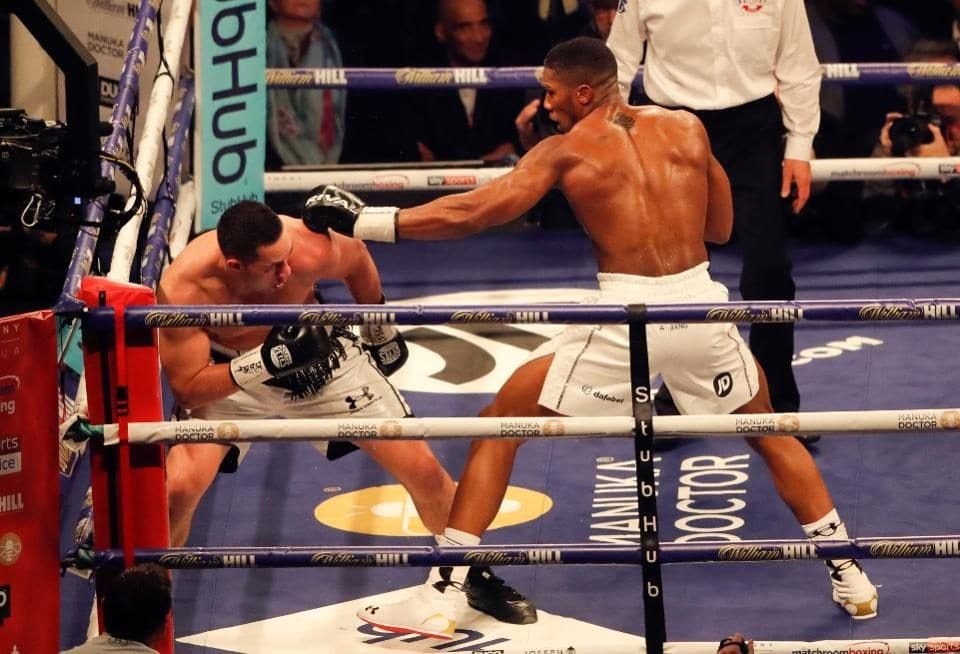 But Joshua allowed the fight to be fought at his opponent’s pace and style. He also rarely took any chances despite out landing Parker, 139 to 101, according to CompuBox.

It was Parker’s first loss in 25 fights and Joshua 21st straight win.

That secured another world championship belt so I stuck behind the jab and I made sure anything that was coming back, I was switched on and was focused.

And 12 rounds baby, I thought [going the distance] was hard, right? Light work. This is boxing, this is what we do.”

All 20 of Joshua’s previous wins came via knockout — and only two had gone beyond seven rounds.

Parker did the majority of his work to the body but was never able to hurt his opponent. Joshua, meanwhile, seemed to settle in after a slow start once he committed to his jab, which he held a 93 to 49 advantage with throughout the fight.

Here is a look at the CompuBox numbers:

Although Joshua seemed to take a step back in terms of his overall stock with the performance, he was proud of the patience and boxing acumen he showed.

“Forget the hype, Joseph Parker is a world champion so I knew he was going to be determined,” Joshua said. “Sometimes, this does become a boxing match and not a fight. So I made sure this will be about boxing finesse. Joseph Parker stated this will be a war and I stated that this will be boxing finesse. I stuck to my word and I controlled it behind my jab and the counter punching. The main thing we can’t forget is I am the unified heavyweight champion of the world.” 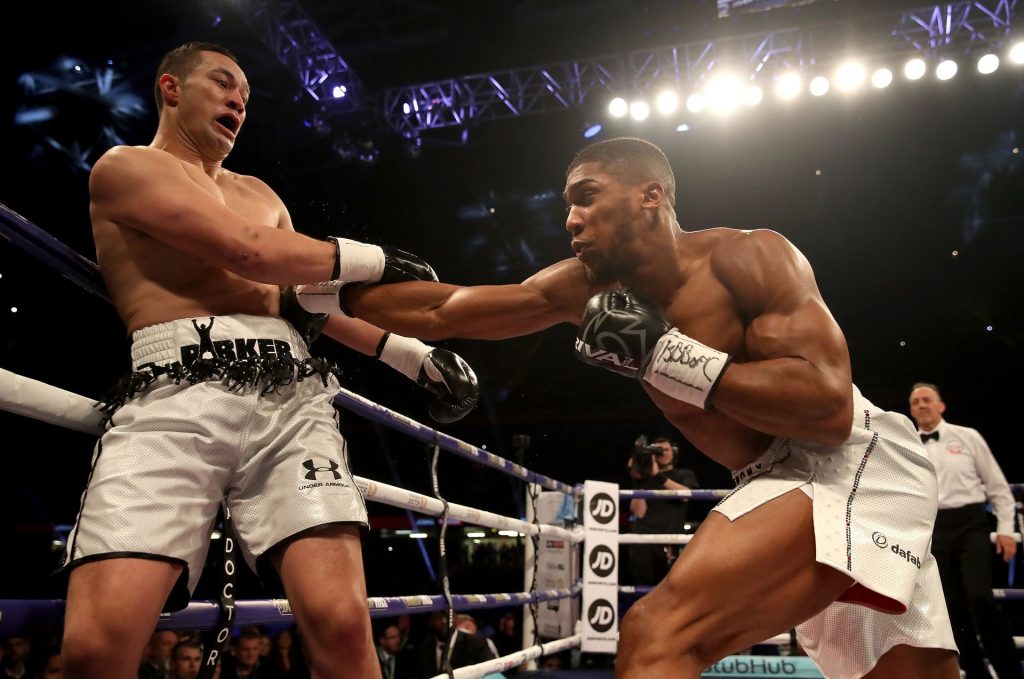 26-year-old Parker is the youngest of current world champions, refused to blame the referee or anyone else for the defeat. Parker said:

“Today, I got beaten by a better champion and a bigger man, I have a lot to work on and it was a good experience being here. I want to go back, train hard and come back stronger. No regrets, take it on the chin. He was the better man today and we will be back again.

[I need to] work harder, come back stronger with more punches. Just back to the drawing board. I’m young, fit, strong and I didn’t go down. I’m fit to go more rounds. We could’ve worked on inside more but whatever happened here [with the referee], happened. We can’t change it.”

Now Joshua is looking to become the undisputed heavyweight champion by facing WBC titleholder Deontay Wilder (40-0, 39 KOs), who was fresh off a comeback TKO of Luis Ortiz for the biggest win of his career on March 3.

“One-hundred [percent], one-hundred,” Joshua said, when asked if he wanted the fight. “You are asking me, do I want to become undisputed heavyweight champion in the world? IBF, WBO, WBA — 21 professional fights, six world championship fights. Does that not tell you where I’m going? Forget the hype, I’m not into that. Everyone here knows me better than that. I’m not into the hype, I’m about business. So let’s get the business done. I’m down to ride for whenever and whatever.”

When asked to give a message to Wilder, Joshua screamed into the microphone,

But he also offered an alternative plan when asked later in the interview who he wants to face next.

“Wilder or [Tyson] Fury, either one,” Joshua said. “What would I have to do to beat Wilder? Get him in the ring and I’ll knock his spark out.”

Fury (25-0, 18 KOs) remains the lineal champion despite having given up his trio of world titles two years ago in order to deal with mental health and substance abuse issues.

“On this side of the pond, we are serious,” Joshua said. “UK and Great Britain boxing is on the map and we are representing. We are not satisfied, one step at a time. Even though I’m not a finished article, we’re at the pinnacle of boxing, so it is what it is. I’ve always jumped in at the deep end and I’m ready to swim and take these chances. You know what they say, ‘no risk and no reward.'”

Should Joshua end up facing Wilder, he talked about his preference for the much-anticipated bout between unbeaten to take place in his home country.

It was only the second heavyweight unification title bout between unbeaten fighters, after Mike Tyson against Tony Tucker in 1987.

If we’re being honest, this was a horrible fight to watch for most fans.