When people think of bodybuilders they imagine muscular physiques with shredded abs, a broad chest, and ripped arms. Just an overall massive upper body akin to a superhero. But that would only be half the story. Many people who first begin bodybuilding are so obsessed with building their upper bodies that they forget about developing their legs as well. Unless you want to be massive with chicken legs, then you’re going to have to work your lower half.

But even when people do move on to training their legs they focus a great deal on building up their quads and their hamstrings rather than every bit of the leg. But to build a strong foundation you’ve got to have a bottom-up approach. The calves are just as important to building symmetry as building up well-defined forearms. Just like no one wants 20-inch biceps with some puny forearms. Your arm would look more like a chicken leg than a vascular piece of muscle. The same goes for the legs. Having calves that are both big and strong will ensure that your body’s proportion will stay in order.

Not even all-time great Arnold Schwarzenegger could rest on his laurels when it comes to calf definition. At the start of this career, he neglected the calves and because of that, he wasn’t placing as high as he wanted despite an impressive upper body. Of course, he changed that quickly – and you should too.

In the following video by Old School Labs golden ear bodybuilding legend Tom Platz goes into the details of his Calves routine.

“I had most success training calves twice a week… with really hard intense training twice a week proved most effective.” 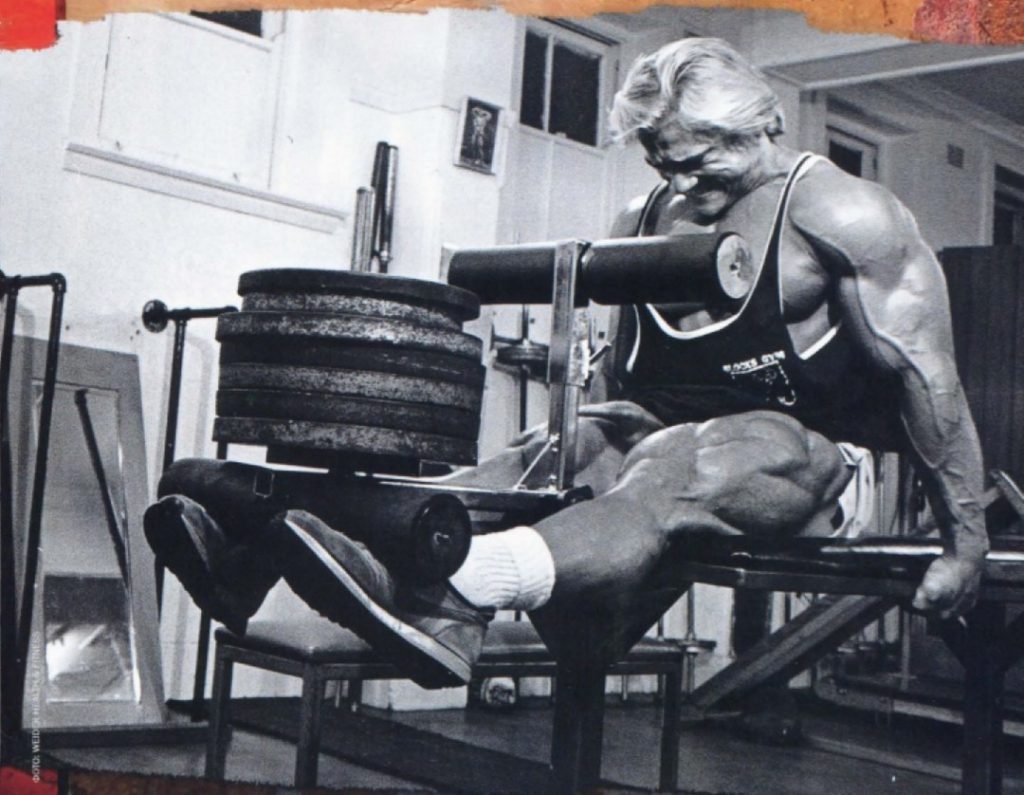 Check out the videos below:

Do you have trouble squatting below parallel? Can you only hit depth when your heels are raised on blocks? Do...

Why Your Calves Are Skinny and How to Fix Them

Ask most bodybuilders with great calves how they train, and they’ll probably tell you that they do a mixture of...