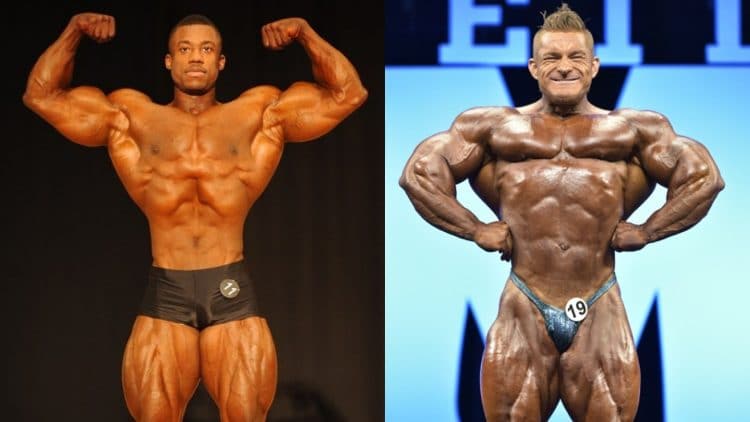 After a controversial win, Steve Laureus moving to 212 division

At the 2018 Pittsburgh Pro Steve Laureus aka “Mr. Propahhh” crowned as Classic Physique champion after a close battle with Divine Wilson. But a lot of fans disagree with the decision as Laureus was looking arguably off. While the results may have sparked a great controversy, many fans were excited about the potential battle between Steve Laureus and the current Olympia Classic Physique champ Breon Ansley at the 2018 Mr. Olympia.

But now it seems Steve Laureus may have some other plans, despite winning the Classic Physique title Laureus and his team have decided to move to the 212 Division, Laureus posted on his Instagram, ‘I can’t wait to try out 212. The 212 division is a great division.’  He said:

“We are approximately 10 days out for the #NYPRO. Doing this show is for the experience and for the fun of it. I have nothing to prove to anyone, I’m not chasing titles and trophies and to make others happy.

Ever since the show I’ve gotten lots of negative comments about my placing, but people forgot that it was a classic show, and according to the judging perspective may the best physique wins. My performance was good, it could’ve been better, I came in with a vacuum, very narrow waits, my legs is well balanced with my physique. What body type would you pick to represent a classical look?

Would you agree with the judges and go with a symmetrical aesthetic look or would you pick an athlete just based on conditioning?

I’m not here to judge the other guy, in fact homie was cool by talking to me. If conditioning and the tanning was the only thing they had on me to start a squabble dispute then fine, we only get better and improve from the negativity. In my opinion that’s what made Phil Heath a very dangerous competitor. At some point he improved so much based on the critics he received over the years and that completes his physique.

The genetic factor will always be there, I can’t change the way my muscles are inserted, but I can always improve conditioning, I’m not rushing into a marathon. Patience, I will always keep that in mind i need time to grow, more stage presence to gain confidence, also conditioning will get better, believe that. I can’t wait to try out 212. The 212 division is a great division. I dont understand why people picked on my decision but lots of open bodybuilders had crossed over to classic.

In the golden days it was cool to see the legends Franco, Thierry pastel going against giants like Arnold and Lou Ferrigno these men were having fun and made the sport such a positive vibe. I’m now starting out with getting used to the whole social media platform and people are so damn negative, hate on others that worked hard, I put in 12 years before I even considering competing..I’m grateful that people even talk about me and see me as a role model. Thanks to all that supported me ever since I started this page. Let’s keep it positive @classicphysiquepic”

It’s hard to imagine Laureus in 212 division, unlike current 212 athletes, Steve Laureus is tall and his height alone makes it a very intriguing decision for him to switch in the divisions.

Retired MLB Pro Kyle Farnsworth plans to make a huge splash in the Classic Physique division in just a few...