Phil Heath Explains How You Can Create Bodybuilding Career

As you already know, many people could be bodybuilders if their nutrition and supplementation aren’t expensive as hell. Not all the pros have the chance to find a sponsor. Phil Heath has decided to share some pieces of advice for the future superstars. 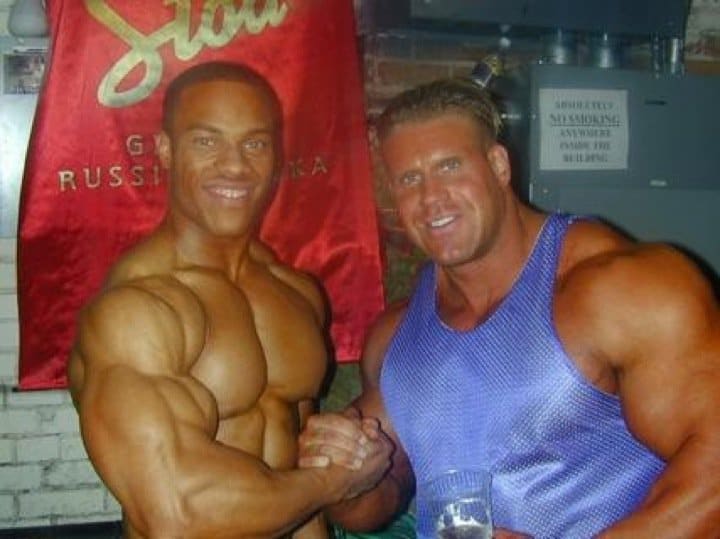 Phil Heath started bodybuilding on October 8, 2002, but received the first cover of Flex Magazine in June 2005. He doesn’t hide he was very lucky since he was the only amateur at that time who got a contract before even turning pro. Heath also states his difference helped him. He describes the differences between the two eras.

“I would say nowadays it is a lot easier, not just for pros, but for everybody, because of Youtube and Facebook and all kind of that stuff that respect the sport but never really competed. Someone can be a champion and actually can make a solid living on it because it’s all content-based. You know… marketing… people pay fees, just like you pay to watch me on the gifted channel.”

But Heath also states that you can watch someone on Youtube, and even a simple subscription share could be very beneficial. It is easier to share information and stay in touch because the internet is a gigantic database, and everybody can find something useful.

“When I turned pro, magazines were extremely strong. Each magazine had a minimum of 20 athletes. You had the guys from Ironman, Muscle Mag… all these different magazines. I am very fortunate for still being a part of that family and because of that, it actually hurts since a lot of new pros are coming in. But I would say if you’re good, if you compete at a high level, people wanna see you, someone’s gonna pay.“

Phil Heath compares himself to the new guys coming in, claiming you mustn’t have the same story all the time and something needs to make the difference.

“You can get likes on a Facebook or an Instagram or a Snapchat, but how many people will be able to convert into a dollar sign for sponsors?”

You need to invest your own time and money in the first place to pursue your dream. It could be very difficult in the beginning. Some athletes are paid more while the others are cut since they are not valuable enough.

“Before, it was like – you had so many companies, you had magazines, everything else prior to when I turned pro was the easiest way of making money because you didn’t have internet. So many people were willing to pay money for that subscription and that net.”

Heath claims the best way of living from bodybuilding is finding the smart way to invest your own money into yourself. He also says that you constantly need to research on your own and improve the way he did. Phil Heath is also claiming that getting more sponsors and shows is easy when you become known and climb to the top but the beginning is very critical. Here are his recommendations.

“Work in the gym, you have a free gym membership. You will probably discount a retail, you have supplement contract right there, you can try every supplement if you work in the gym. If you work at a store, stick to it. If you are in college stay in college. If you are not thinking of taking some classes on the finance and marketing if you can’t understand marketing, how are you going to market yourself? You can’t just get a copy of some other girl or some other guy since you work for them.”

It looks like, according to Phil Heath, that you need to find what can launch you high and what are you good at. Commercial skills are very important for promotion – take some classes. Bodybuilding is a business where you constantly need to research and work on yourself – you must understand it if you want to live from it. Forget about arrogance, be convertible and you might get lucky!

How Did Big Ramy Build His Monstrous Wide Back