Flex Lewis WILL be back as Men’s Open Bodybuilder

For the six consecutive years, Flex Lewis proved that he is the best 212 bodybuilder out there. He has been able to maintain the attributes that made him a champion and has even continued to make improvements to his physique. The reigning 212 champion recently announced that 2018 Mr. Olympia will be his last Men’s 212 competition.

“So 2018 will be Flex Lewis last year competing as a 212lb Athlete. He’s defended that tile from day one where he became the first ever 212lb @mrolympiallc . He’s endlessly traveled the world competing in different 212lb shows, and he’s also traveled the world relentlessly giving back to All the Fans, Athletes, Promotors and sport as a whole.

Yes this will be his last 212lb outing come September in Las Vegas, but he WILL be back at some point as a New reformed Open class bodybuilder at some point. maybe 2020, but whenever it maybe you will see a new level of quality size and muscle that will allow him to finally be competitive in the open class division.

Evolution is what life is about…”

Flex Lewis is a very complete bodybuilder, it isn’t easy to stay on top in a game like this. There’s a reason that not many champions have been able to win more than a handful of times in a row.  I think he could beat a lot of men’s open bodybuilders if he really trains to compete in the open bodybuilding division. Here’s are some pictures of Flex Lewis with William Bonac,  Dexter Jackson, and Roelly Winklaar: 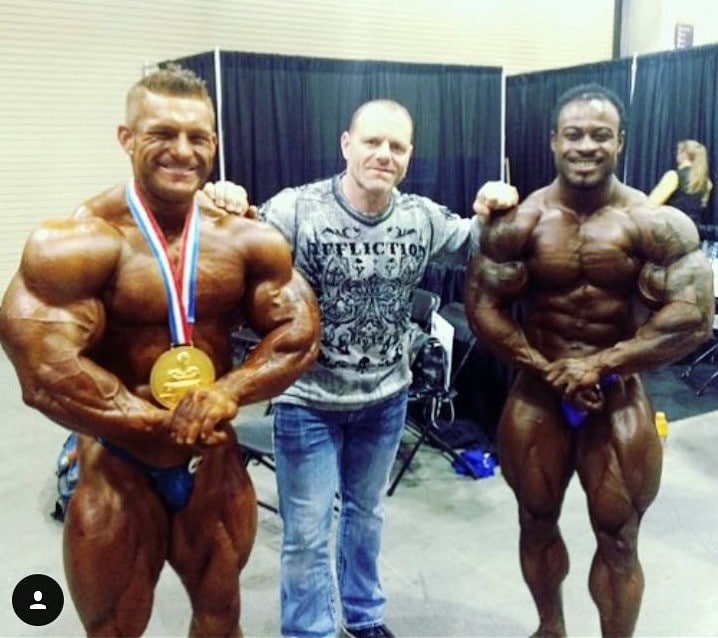 Do you think Flex Lewis could be competitive in the men’s open bodybuilding division?

Phil Heath Explains How You Can Create Bodybuilding Career

WATCH: Dexter Jackson Addresses Haters, ‘He’ Will Never Have The Conditioning To Beat Me!

Flex Lewis, the most successful 212 bodybuilder to emerge in the IFBB Pro League is checking in with fans after...

Bodybuilding Legend Flex Wheeler Reflects on Mental Battles and Right Leg Amputation: “I Wouldn’t Wish This on My Worst Enemy”

Bodybuilding legend Flex Wheeler sacrificed a lot during his time competing as an IFBB Pro bodybuilder. In an interview with...

Flex Lewis has established himself as one of the best bodybuilders to ever compete in the 212 division. After retiring...

Flex Lewis is the most successful 212 athlete to compete in the sport of bodybuilding. After officially retiring from the...