In the wake of the massive event in which YouTube star Logan Paul squared up in a boxing match last week, with his rival YouTuber KSI. The six-round amateur boxing match ending as a majority draw. The event was incredibly successful selling out Manchester Arena and reportedly earning more than 1 million PPV buys at $10 a pop, generated $8 million in revenue.

“I want to fight a UFC fighter. I want to get in the octagon, Yeah, bro, I wrestled my whole life. For real for real. Bro, there’s no reason I can’t. I literally did athletics my whole life.

“Dana White, you watching this, bro? Pick a fighter for me, dude. Late next year.”

Paul suggested a trip to the octagon could be in his future:

the thought of securing a fight in the @UFC is exciting… could finally use my wrestling background… but i hear some other celebrities/athletes want to catch these hands first? 😂

Northcutt responded to the call, leading to a brief exchange between the two.

Let me know when you wanna catch these hands 👊🏼

The final two tweets of conversation came from Northcutt:

@LoganPaul when he sees me on the other side of the ring lol pic.twitter.com/KY3eL5ibfc

Few of Northcutt’s peers had a slightly different response to Paul’s suggestion.

Every day is hard as fuck, every day is a little more harder on your physical & mental state. Then ye get a cunt coming along like this youtuber fella thinking he can mix it in the @ufc fuck off will ye mate and don’t embarrass our sport.

Bro earn your shit. Don’t use your name to downgrade our sport. Fighters have worked all their lives to get where we are. Do the same. https://t.co/VDBaW3VXHS

“This all points to the larger idea that the UFC clearly put Sage up to this call out right?

After seeing how many buys Paul generated from fighting KSI, the world’s biggest MMA promo would trip over themselves trying to sign him for a fight.”

There you have it the beginning of Sage Northcutt vs. Logan Paul in 2019, just remember where you were when you first heard about it. 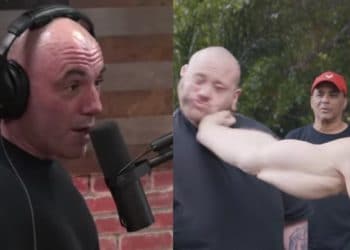