The Rock: “[Phil Heath] Will Go Down in Bodybuilding, Possibly ‘THE GREATEST’ of All Time”

Dwayne ‘The Rock’ Johnson is something of a hero for his avid and ever-growing massive fan base. Johnson has reached greater success than most could ever imagine. The former WWE wrestler turned the highest-paid actor in Hollywood helms a number of film franchises including the upcoming action blockbusters Fast & Furious spin-off, “Hobbs and Shaw (2019)”. 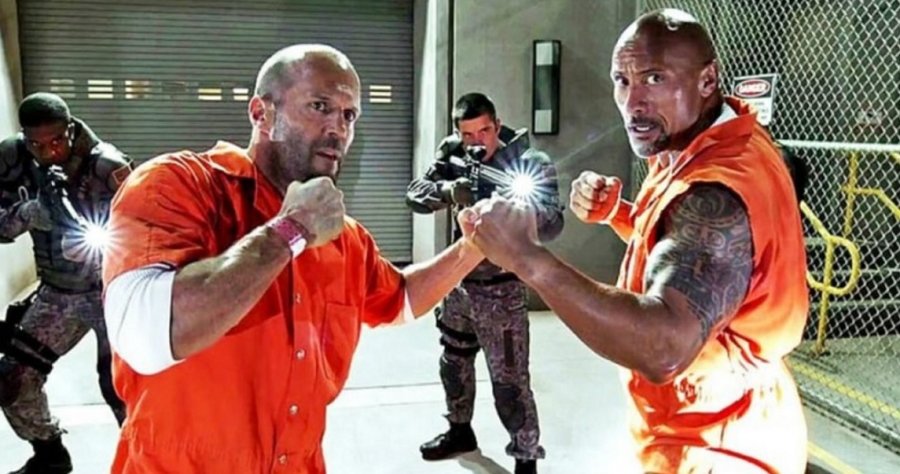 The Rock has brought a mass monster physique to Hollywood and he is the closest to Arnold Schwarzenegger in the media right now. It’s no surprise that Johnson has great respect for bodybuilding & bodybuilders and The Rock shares that in his latest Instagram video.

The Rock says he admires Phil Heath and his philosophy for the success. He wrote that Phil’s ‘starve philosophy’ came at the perfect time for him as he is preparing to shoot Fast & Furious spin-off, “Hobbs and Shaw” and doing an 18-week brutal training and diet program. The Rock said in the video:

The Rock share the video with the following message:

“Once you know what it’s like to truly be hungry, you’ll never be full. But when you operate daily as if you’re f*cking starving for success, that’s when your entire universe will shift.

Shout to my boy @philheath for the anchoring perspective as he prepares to take the Olympia stage to defend his crown.

I’ve been on an 18week brutal training & diet program preparing to shoot my Fast & Furious spin-off, “HOBBS & SHAW”. The starve philosophy came at the perfect time.

Train hard and stay strong. And cheers to never being full.”

The 7x Mr. Olympia [soon to be 8x as per our Olympia predictions] Phil Heath repost The Rock’s video on his Instagram and wrote:

“Humbled beyond words by one of my greatest inspirational figures.

Throughout my life I have dedicated myself to being a better version of myself and I hope to inspire others to do the same. ‘The Rock’ you continue to amaze me by your character, humility, strength and love you share to all of us.

Definition of a real role model. Time to train now guys. Thanks again for everyone’s support.”

The Rock and his Seven Bucks Productions studio is part of the Mr. Olympa promotions. With more than 114 million Instagram followers, 58 million Facebook fans, and 12.8 million Twitter followers The Rock is one of the most popular celebrities of the current era.

Can you smell what The Rock is cooking?