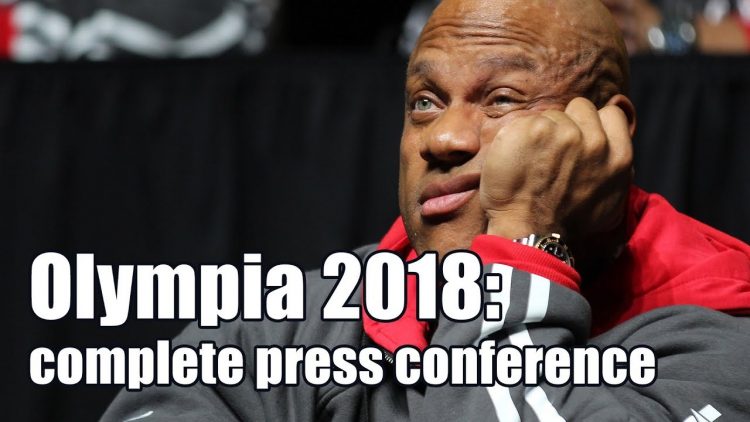 At the 2018 Olympia press conference athletes have last chance to speak before the final showdown on the stage. As usual, the Olympia press conference comes with heavy anticipation, some hyped and insane things were said a day before the competitions go underway. Shawn Rhoden and Phil Heath butted heads when Rhoden told Phil your front double biceps pose is “crap” and a lot more…

Watch all the action here:

Video courtesy of Body-Xtreme and NPC

Interview: Phil Heath Says He Is WINNING The Olympia 2018

Watch The Interviews of Phil, Ramy, Nathan and Dexter From Meet The Olympians Event

The 2018 Mr. Olympia champion Shawn Rhoden hints at the possibility of hitting a vacuum pose at the 2019 Mr. Olympia....

Has Big Ramy made the right decision to leave Oxygen Gym and train with Neil Hill? Opportunity may be slowly...

Phil Heath’s Back Pose Is Not Enough for New Era of Bodybuilding The debate about why Shawn Rhoden defeated Phil...

Shawn Ray: Phil Heath knows why he lost the show, everything after that is just smoke and mirrors! Hall of fame bodybuilder...

Jay Cutler: I am excited about bodybuilding again! The 4x Mr. Olympia Jay Cutler was one of the best bodybuilders...