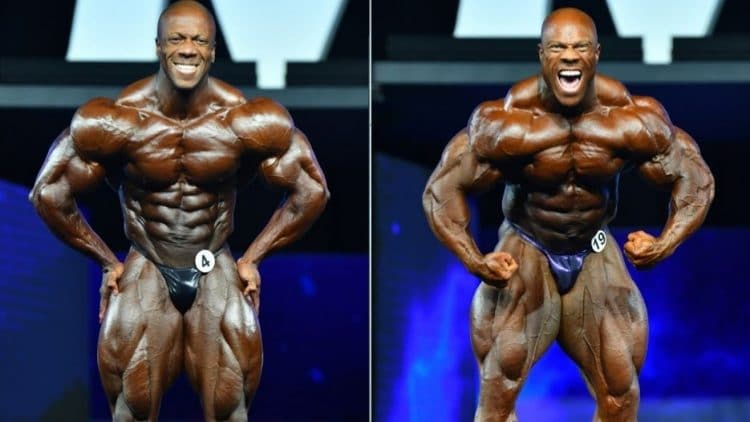 The debate about why Shawn Rhoden defeated Phil Heath is still happening around the world. However, unlike past Olympia’s where most controversies were justified, little can be argued about this year’s Olympia decision. Nobody saw it coming before the show and most people assumed Phil Heath would tie for most Olympia wins ever. However, there’s a new champ in town (Shawn Rhoden)!

The question is… how and why was Shawn Rhoden able to convincingly beat Phil Heath. Let’s judge based on a few important factors…

Phil’s Midsection (Bubble Gut) Was Out of Control

Shawn Rhoden has arguably one of the best set of abdominals in the game today. His midsection brought back the days of Flex Wheeler (While of course being more conditioned and larger). Phil’s midsection has slowly creeped up on him to the point of no return, while Shawn Rhoden was aesthetic as you can be (No bubble guts in sight). Even between poses, Phil’s “gut” was just all around unappealing and that carried over into the final judging. 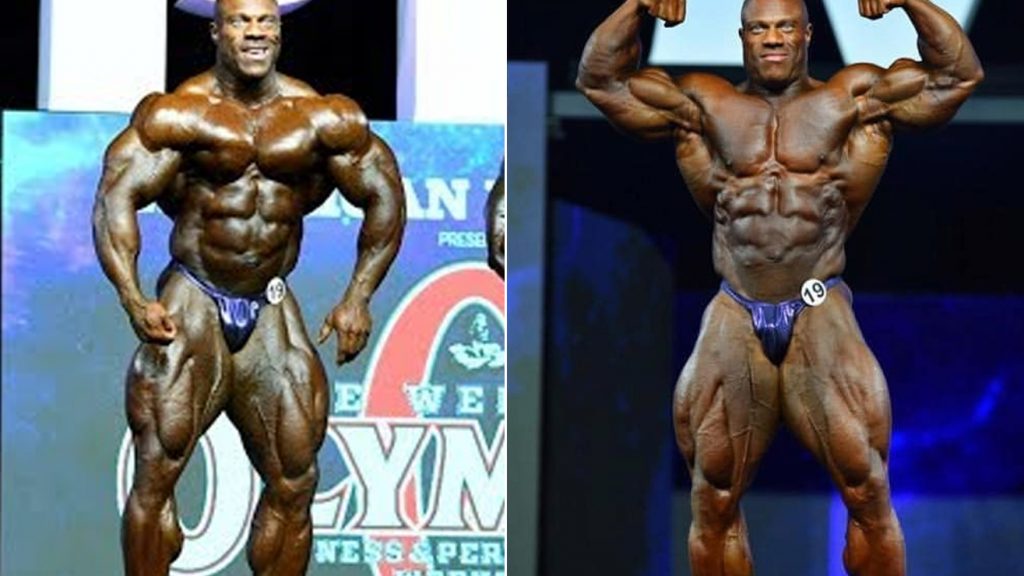 Conditioning is something that Shawn Rhoden clearly beat Phil in. He was overall more striated and harder looking. He looked phenomenal in fact and everything flowed like a perfect wind on a Spring morning. Phil was playing the size game and although he has better genetics in many areas (Hence the name, “The Gift”) he was simply outclassed. Now, Phil is known to be possibly the most “gifted” bodybuilder to ever walk on stage. His three-dimensional physique has allowed him to defeat the best of the best on the Olympia stage. However, the package he brought this year wasn’t enough to prevail over Shawn Rhoden’s proportional and symmetrically balanced physique. 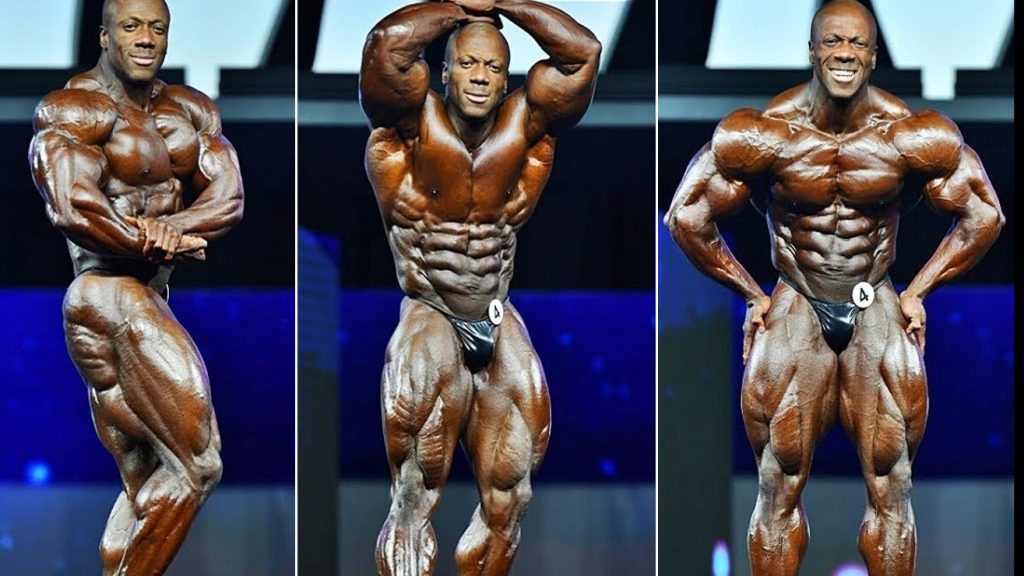 Like mentioned before, Shawn Rhoden brought symmetry and there was no doubt about it. He looked like a 90’s bodybuilder but in many ways even more impressive. For how Shawn’s body is shaped, he did an amazing job at creating a balance between his strong and weak points. Phil doesn’t really have weak points aside from his midsection (the Big problem this year) but Shawn’s weak points are obvious in his lack of comparable (In regards to Phil Heath’s unworldly muscle shape and fullness) triceps, chest and back development. However it is good to see that this year’s contest was judged on balance, symmetry, and conditioning rather than from the back poses.

Shawn Rhoden’s Posing Was on Point

Posing routines can prove to be a double-edged sword… you could expose your weakness or you can learn how to accentuate your strengths. Shawn Rhoden did the latter quite effectively and as a result, his posing routine was more visually pleasing than Phil’s.

Heck… Flexatron (Shawn Rhoden) could have won the Olympia just from his silhouette as he was walking on stage. He looked that good!

Phil Heath is a great champion and his posing has been good enough to win him many titles but Shawn’s physique again had already won the show before it started.

We Simply Needed a New Champ and Shawn Delivered

If it weren’t for politics we’d have a new Mr. Olympia more often. However, Shawn displays all of the great characteristics of a deserving champ. He not only has the physique but he is also a good ambassador of the sport. It would have been very disappointing for many people around the world if Phil would have won his 8th Sandow when it wouldn’t have been well deserved. Who knows what his future holds but for now the focus has been diverted to someone else! Shawn Rhoden’s ability to overcome his obstacles and come back and shock the bodybuilding world was nothing short of a miracle. It says a lot about his work ethic and determination as well as his belief in himself when the impossible seemed all too likely.

The Battle May Not Be Over Just Yet

Based on Shawn Rhoden’s miraculous comeback win, we can only hope he will bring the same determination next year. The competition will be even fiercer (Especially if Phil decides to compete in 2019) and he will need to be at his current level or even better. Of course, Phil Has a few more good years in him as does Shawn but who knows what’s ahead for their future rivalry.

A New Era of Bodybuilding

We can’t help but to be hopeful for the future of Olympia competition based on this year’s turn of events. We wanted it… and the sport needed it but more than anything else, we get the satisfaction of knowing that the judging was fair. Maybe things will be different from now on regarding competition but either way, we can mark a proud day in the history books!

Congratulations to Shawn Rhoden for his historical victory to be remembered forever.