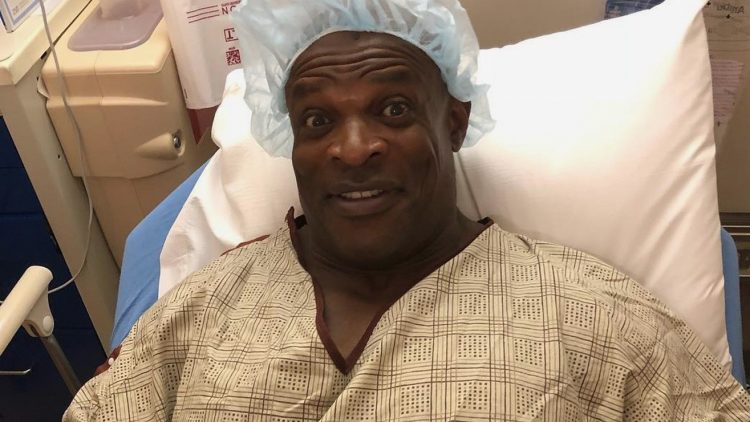 Ronnie Coleman in the hospital for his Tenth surgery!

The bodybuilding legend and 8x-Mr. Olympia Ronnie Coleman is fighting to stay healthy. Coleman is facing the fallout from the injuries he’s suffered through his bodybuilding career. The Olympia champion has had a number of surgeries since stepping away from the competitive bodybuilding, just in this year, Ronnie had two major surgeries and now back in the hospital for his 3rd ‘Back’ Surgery!

Today, the former Mr. Olympia has checked into the hospital for his surgery, Ronnie posted an update on his Instagram asking for the prayers:

“Here we go again, this is surgery number 10 for me today.

I have four broken screws this time around. The Dr told me that he was taking all ten screws that’s in my back now out and replacing them with bigger screws.

Hopefully, this will fix my breaking screw problem for good. This is the fourth time the screws have broken on me. Say y’all please say a prayer for ya boy. My surgery will be in about two hours from now so I’ll Hollar back after surgery.

Oh that look on my face is not from being on medication, that hasn’t happened yet. My wife was telling me to open my eyes.”

Speaking before the Olympia weekend with RXMuscle’s Dave Palumbo, Ronnie Coleman revealed the details of his upcoming surgery, also shares the recent physical issues he has endured, the surgeries and therapy that he has undergone to combat his ailments and how he has been progressing.

We wish Ronnie Coleman all the best and we hope he makes a full recovery!