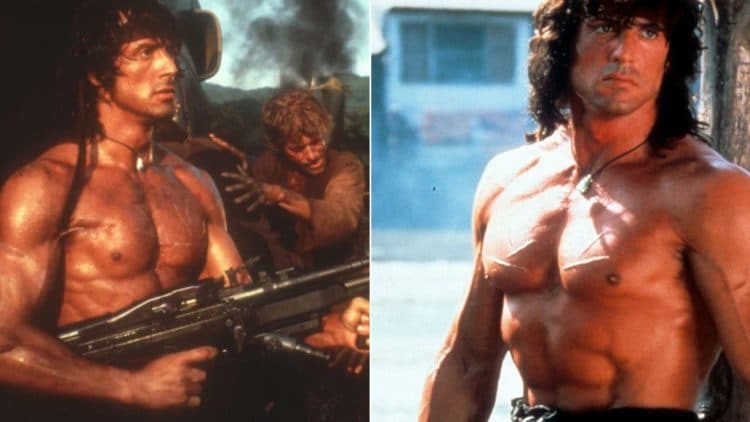 Sylvester Stallone Shows Us How John Rambo 5 Looks Like!

Sylvester Stallone is one of the most famous actors of all time. His famous fictional character, John Rambo, became the symbol of the warrior. Everybody who even thinks about Rambo knows one thing! This is the fearless man who fights alone against specially trained commando. Stallone also previously shared some training videos on his Instagram that he’s gearing up for upcoming film Rambo 5, at age of 72, he still killing it in the gym, and flaunts a physique of a man half his age.

Take a look at his costume of the badass dangerous character. Who would say this man with a cowboy hat is an ultimate warrior?

Rambo is a Vietnamese war veteran who usually fights alone versus everybody. He has outstanding sneaking skills, extraterrestrial precision, superb strength, and the hawkeye. He is so precise that even the best warriors in the world can’t defeat him. He is ready to defeat all kinds of enemies. One statement is the trademark of John Rambo – God would have mercy, he won’t!

Yet, Rambo 5 was built on a different story. It happens in Southwestern USA. The veteran lives a peaceful life on the ranch. It looks like he has retired from his military activities. But everything changes when the daughter of his friend gets kidnapped. John Rambo is back in action. Despite he is a bit older, he teaches dangerous Mexican drug cartel a lesson.

Sylvester Stallone is pretty much occupied these days. He prepares for the fourth edition of The Expendables. Stallone is believed to reprise his role of Rocky in Creed II. Sylvester Stallone’s most known movies are Rocky series, where Rocky Balboa turns into the boxing champion of the world. Rambo 5 is one more world-class opportunity for Sylvester Stallone to act a legendary character.