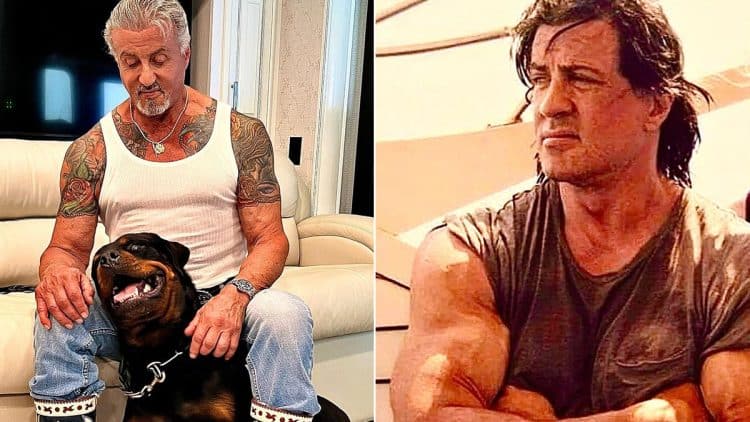 Legendary actor Sylvester Stallone is a true example of how one can achieve anything they set their minds to. In a recent post shared on Instagram, Stallone showed off his jacked biceps with a motivational message.

Stallone first gained popularity for his starring role in the 1976 hit movie Rocky. He worked hard in the gym to pack on the pounds for his representation of the character. At a time when actors were not particularly known for their muscle mass, Stallone boasted an impressive physique that could only be compared to the likes of bodybuilding legend Arnold Schwarzenegger, with whom he also shared a fierce and competitive rivalry through the decades.

What is even more impressive is that Stallone wrote the screenplay for the movie in only three and a half days himself. He got inspired to write the story after watching the boxing championship match between the great Muhammad Ali and Chuck Wepner in March 1975. His portrayal of the boxer skyrocketed his status in Hollywood as a blockbuster actor and earned him a franchise for the brand.

Stallone had previously shared another inspiring life lesson where he reflected back on his journey. Once a struggling writer who eventually became an icon, Stallone encouraged his followers to not give up even in the face of failure.

Almost four decades on from the first installment of Rocky, Sylvester is still sporting a build that would make even the younger guys envious. He shared an extremely rare behind-the-scenes footage from the sets of the movie shoot where he was working on his boxing chops inside the ring.

In a recent post uploaded on his Instagram, Sylvester Stallone shared a photo of his gigantic biceps accompanied by a motivational message to stay resilient.

“The bigger they are the harder they fall that’s how you face what appear to be overwhelming obstacles. You keep chipping away until you stand at the top of all that rubble and say… ‘I am…’“

Stallone’s real-life story mirrors the countless struggles of his on-screen persona. Although he was the frontman for other massive franchises such as the Rambo or Expendables movies, Sylvester will always fondly be known as Rocky Balboa.

He began filming for the upcoming movie Expendables 4 in September last year. Former strongman Eddie Hall is cast as a villain in the film, alongside the age-defying Stallone.