The legendary actor and fitness icon reflected on how far he's come professionally while looking back on one of his first pieces of writing. 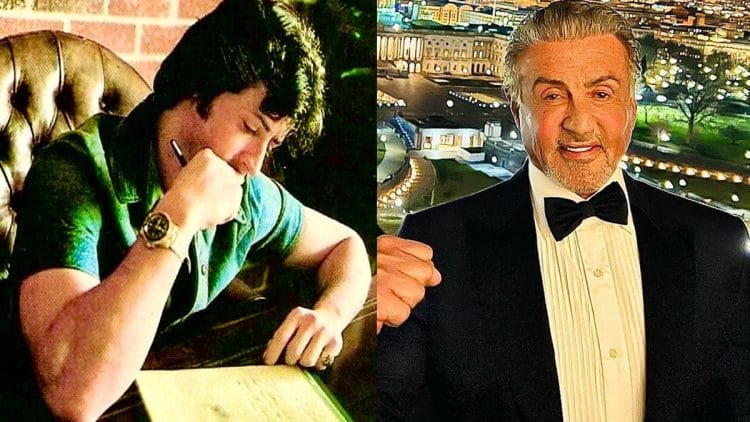 Taking part in a career spanning five decades, Sylvester Stallone skyrocketed in popularity after writing and starring in 1976’s Rocky, where he portrayed a struggling underdog boxer from Philadelphia. In a recent post made on Instagram, the decorated actor reflected on a pivotal life lesson about chasing dreams to achieve success.

Stallone established himself in Hollywood following his role as Rocky Balboa. The struggles of a combat athlete were highlighted in the film as Balboa is shown counted out and broke while attempting to become the best boxer in the world. Winning multiple Academy awards, Stallone’s performance was highly relatable as many sympathized with the fictional character and his plight.

Sylvester learned valuable lessons about being rejected during his time as a writer and actor. Overcoming insurmountable odds, the 75-year-old can remember having to approach challenges in a determined manner. One such instance occurred years ago in his career after he proved naysayers wrong when no one thought fans would be interested in the sequel Rocky Balboa in 2006. While Sylvester admits he was never the best student in school, he looks back fondly on his time as a young writer eager to make a name for himself in the entertainment industry.

Sylvester Stallone on Fighting Against the Odds: “Keep Punching”

In a recent post, Stallone shared a clip of him visiting the Library of Congress. According to the famous actor, this is where he submitted one of his first writing pieces.

“So here I am, 50+ years later, at the same place, where this cold, broke writer with high ambitions sent his material to,” Stallone said in the clip.

Elaborating in the caption, Sylvester made it clear that he was unsure of what he was doing but knew he couldn’t give up on his dreams.

“This is an example of blood , sweat and dreams that can be fulfilled…I was not a very good student, actually I was asked to leave at least a dozen schools, but once I was on the street I knew I had to apply myself and I started to write. I didn’t know what I was doing but I didn’t stop… As you can see at the end of this post what can be achieved against all odds. Keep punching” Sylvester Stallone posted.

Enjoying his twilight years, Stallone is incredibly active on social media and has been known to share special moments from his storied career. Back in Dec., Sylvester released rare behind-the-scenes footage during preparation/shooting for the Rocky franchise. In addition, Stallone gave fans a gem after rediscovering an unshared photo of him standing across from professional wrestling star Hulk Hogan. The two linked up for a scene in Rocky III and Stallone remembers the stark differences in their height.

While his role in the Rocky series may have been fictional, Sylvester’s story as a struggling writer and actor is genuine. After applying himself early in his career, Stallone defied the odds and became a worldwide star as a result of his determination and willpower.