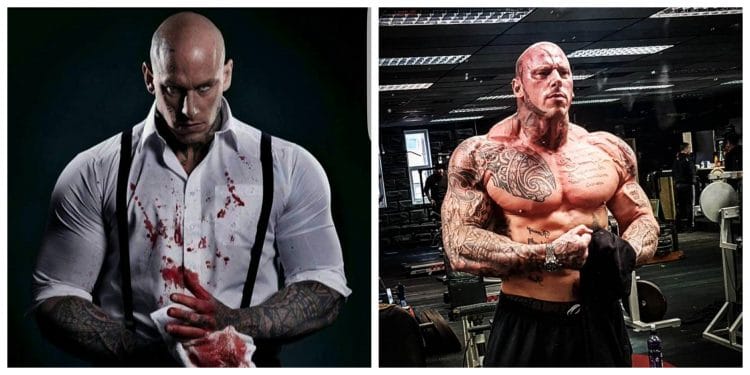 Poland’s and Europe’s biggest MMA promotion, KSW has seemingly found the right balance of top-tier fighters fighting on a high level and “freak show” fights between not that talented but famous and visually eye-catching fighter celebrities. Among their “freak show” ranks, they have; the former 5x World’s Strongest Man, Mariusz Pudzianowski(who still holds the record for most WSM titles won), the famous Polish rapper “Popek Monster” who is famous for tattooing his eyeballs(yes, that’s right-his eyeballs), another Strongman named Tyberiusz Kowalczyk and as of last Friday’s event-Martyn Ford.

Martyn really doesn’t need any introduction, but I have to bump up my word count so here’s a quick rundown. Martyn Ford is a 6’8” English giant covered with tattoos and sick gainz. He gained fame a few years back when his fellow Englishman and friend Scott Adkins ( who you may know as Yuri Boyka) asked him to play the main villain, “Koshmar” in the fourth installment of the Undisputed series. He has since been building his movie career and set his sights to test out his fighting skills.

Martyn’s MMA debut date and an opponent are still undisclosed, but let’s have some fun and speculate who could be Koshmar’s MMA debut. I will make the list of the potential suspects ranging from the most to least likely opponent.  First up we got… 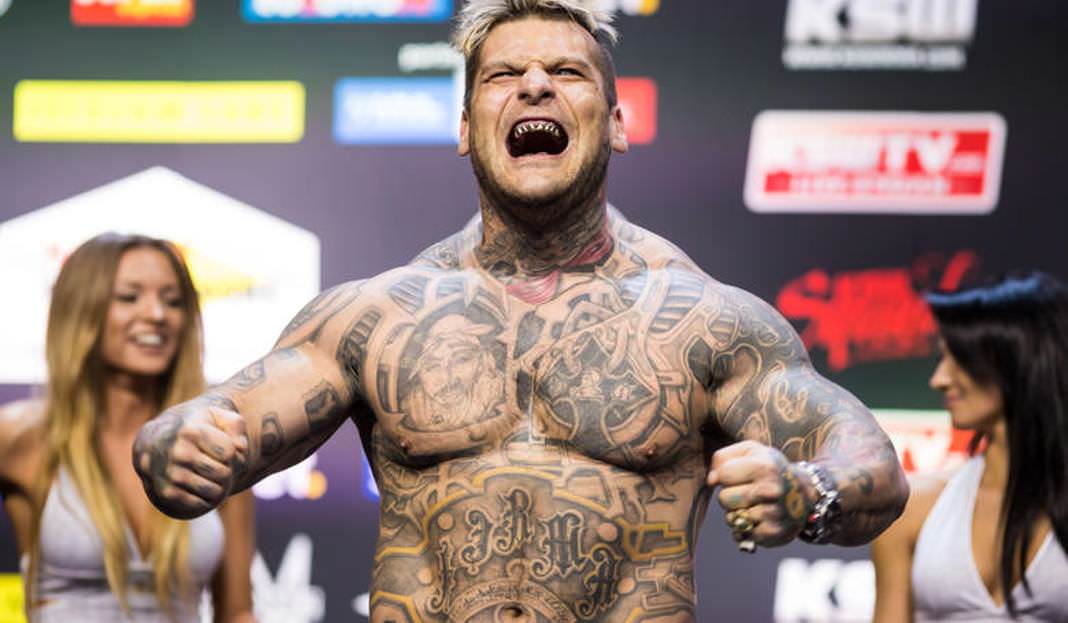 Popek is very famous in Poland thanks to his hip-hop career and a very unique look, as you can see by the picture above. He isn’t what you would a “talented” fighter but he has 7 fights under his belt and KSW wants to push the “freakiest of the freaks” angle to the maximum this is as freakiest as it gets. A giant with face tattoos vs a rapper with eyeball tattoos. 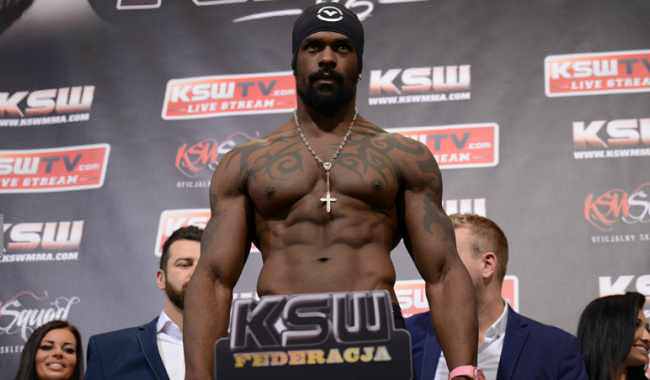 Jay Silva lacks the “freaks show” factor as he isn’t a recognizable name among the casual fans and he doesn’t have any distinct facial or bodily features that would make him stick out. However, he is a veteran of the fight game with a respectable 11-12–1 MMA record and he even fought in the UFC. Silva is a very undersized heavyweight(100kg) but should be a very respectable and dangerous opponent should KSW match him with the British Titan. 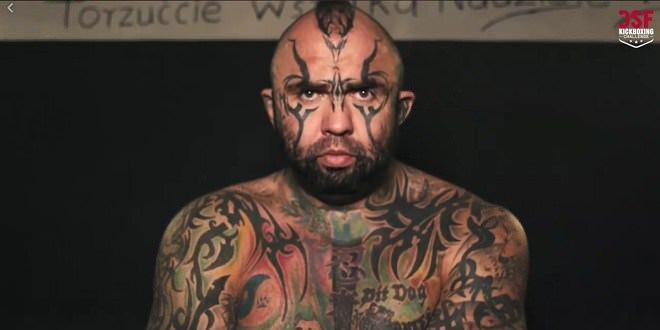 Even though he is 40 years old, Marcin is no joke. He is riding a two-fight wins streak with both being finishes. Marcin would be one of the ideal opponents for the real-life Hulk. Just like Ford, he is covered in tattoos which would add to the “freak show” factor very well. He knows how to strike and his grappling is as solid as solid get. A true test for Martyn Ford’s skill set and KSW can market is a spectacle. 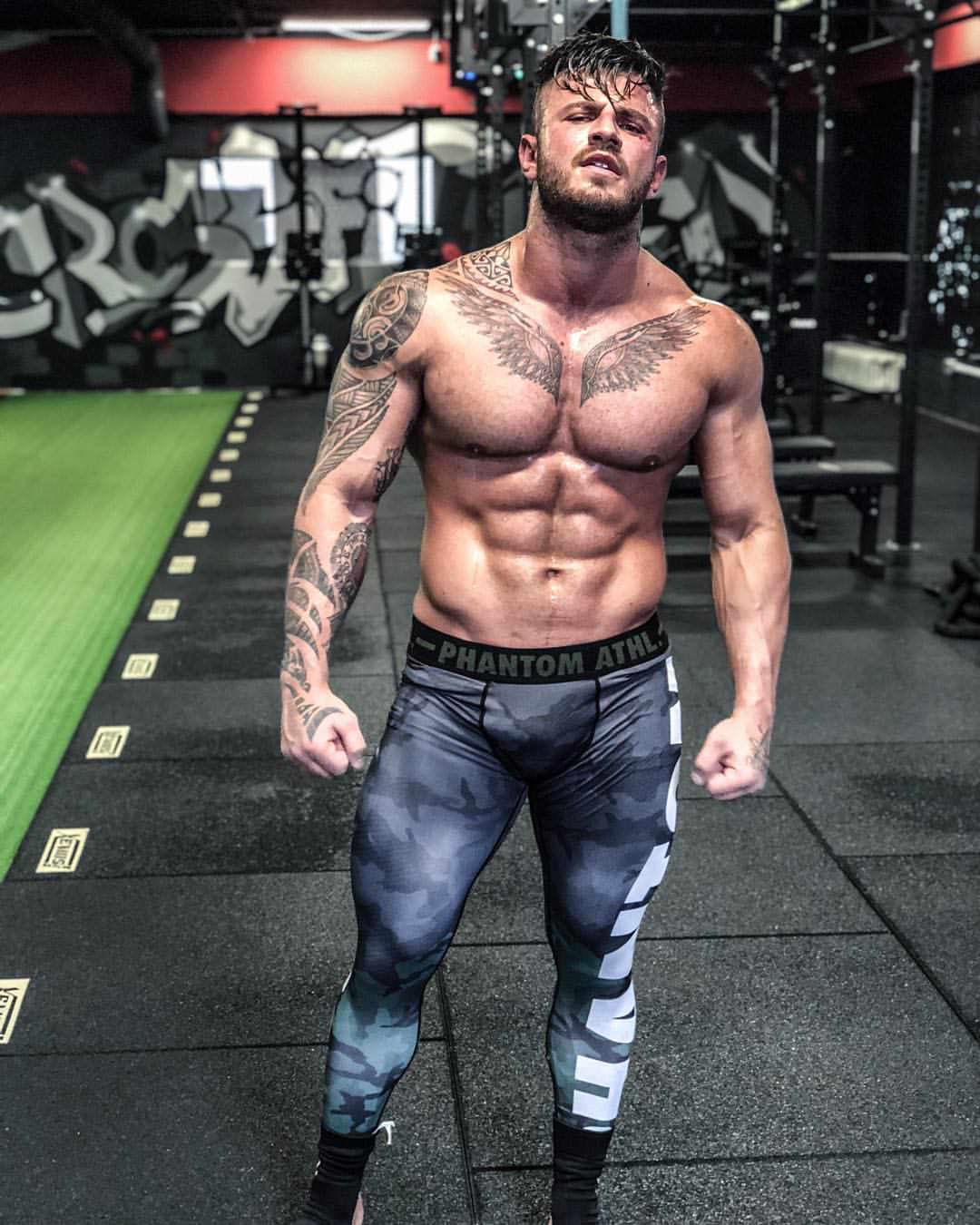 Erko is a Bosnian fitness model who trains in the same gym as the KSW’s current Welterweight champion, Roberto Soldic. He is currently 2-0 in MMA(both in KSW) and he looked very good in both victories. I would put in him in the “highly unlikely” category of facing Martyn Ford because he comes from a very good fighting camp and matching him with Martyn Ford this early KSW risks losing the hype behind one of their future megastars very early. 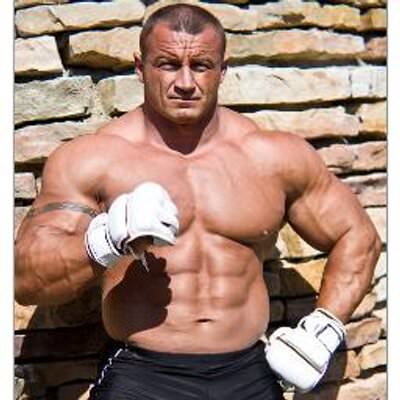 The Pudz is a bonafide “A-list” celebrity in his home country of Poland. After his very successful Strongman career was over, he decided to test his skills in MMA. Since his MMA debut in 2009, “The Pudz” has amazed a very respectful 12-6 MMA score. He’s always improving and sharpening his skill set and this would be one of the worst matchups for “The Nightmare”. Even though you can categorize Pudzianowski as a “freak show” fighter due to him being a former strongman-he is a legit fighter as a legit fighters get. I have no doubt that these two will clash paths sooner or later but I am not that certain that it will happen as Martyn Ford’s MMA debut. 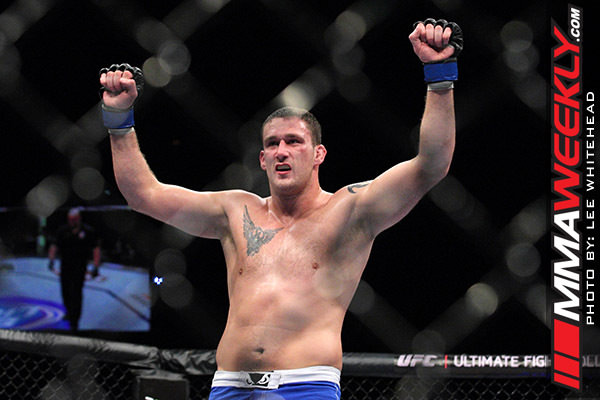 You can count this option as likely as Anllela Sagra knocking on your door in the middle of the night wanting to have babies with you. Philip De Fries is the current KSW heavyweight champion riding a four-fight win streak itching to get another crack in the UFC. Well rounded, seasoned fighter and the current champion. It doesn’t get any more dangerous and unlikely than De Fries.

Jon Jones Vs. Alexander Gustafsson Will Meet In A rematch For Light Heavyweight Title At UFC 232